Edith Reiss, from Bolton, England, describes witnessing antisemitic violence on the streets of Göttingen, Germany, when she was a visitor there in 1939.
Last Updated: April 20, 2022 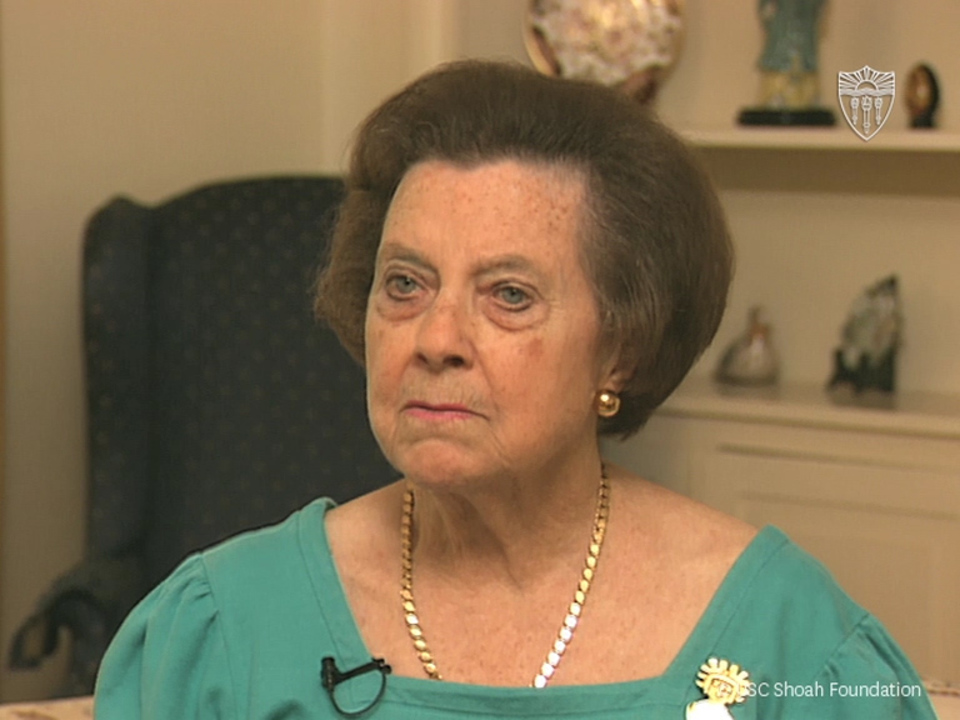 It must have been August 26, 27, something like that, of 1939. And I had taken pictures during my holiday in the Harz Mountains, and I had left them at a photographer's in the town of Göttingen.

I went to pick up the pictures. And there were several other people in the store. I had to wait. And as I was waiting, I heard a commotion outside the shop.

And then I picked up my pictures and came out of the shop. And there, I saw a man in the Brownshirt uniform, kicking an old man, and he was kicking him off the pavement into the gutter. And now there was a crowd of about maybe 12 people all standing around, looking. As I came out of the shop, I was horrified to see what was happening.

The Brownshirt walked away. The man was left in the gutter. And I immediately rushed to pick him up. And as I picked him up, I saw he had a patch on his coat that had the Jewish symbol Juden, J-U-D-E-N, which meant Jew. I picked him up, and as I did so, a person that was standing there touched my elbow and said, don't get involved.

So I said, why not? Why can't you help this man? And they used two words, "concentration camp." So I helped the man along the street, and then he turned to me. He said, I will be all right.

Students reflect on the unit as a whole and begin to write a strong thesis statement for their essay.
Collection
Add to Collection

Explore the digital version of our core resource on the Holocaust to find classroom-ready readings, primary sources, and short documentary films that support a study of the Holocaust through the lens of human behavior.
More Like This Teaching Resources Learning & Events
Using the strategies from Facing History is almost like an awakening.
— Claudia Bautista, Santa Monica, Calif