Marched to the Ghetto

Holocaust survivor Barbara Fischman Traub describes the reactions of her neighbors as she and her family were marched through their hometown of Sighet, Hungary, to the ghetto during the Holocaust.
Last Updated: April 13, 2022 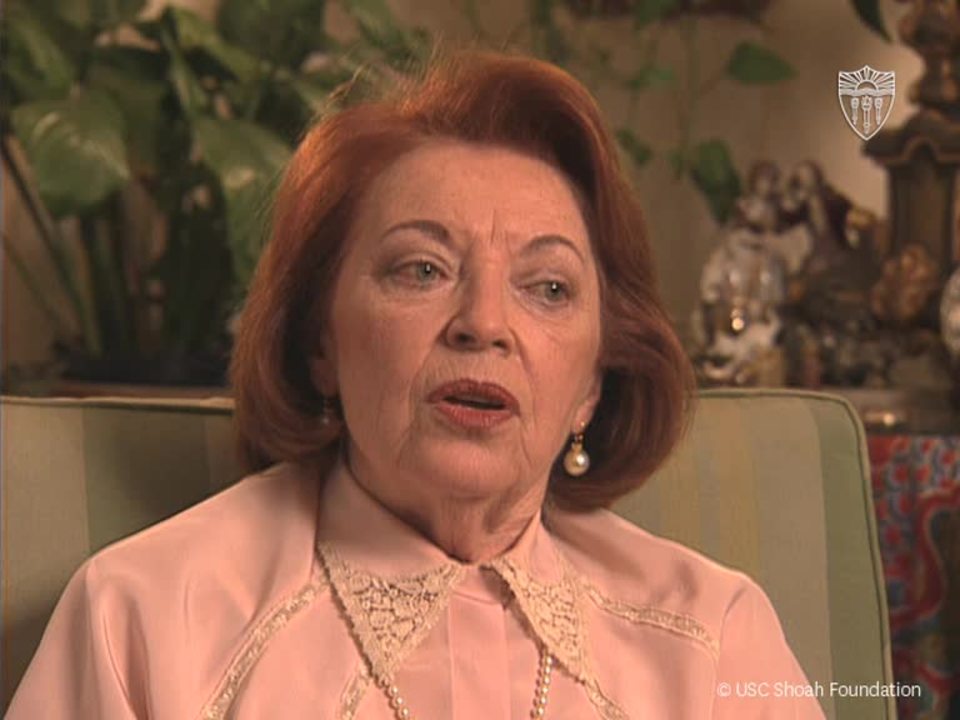 Early in the morning, it was the week after Passover, so it must have been end of April, early May-- end of April, I believe. I think it is a very beautiful town. And it was the time when the lilacs began to bloom.

The lilac in my mother's garden was very special because it was double-petaled purple lilac. And you could see already the buds. And this was the morning when they rang-- and again, the gendarmes-- and we were packed by then, mother, and I, and the cook, and across the street, my brother's wife, Rosie-- Rose-- and the two little babies, my nieces.

We had our valises. And in the street where we lived, there were a few Jews. It was a mixed neighborhood. So there were about four Jewish families and they were all packed and the gendarmes came.

And they took us in towards another street where there were some more Jews. They put us in the center of the street where the cars and horses were driven, and they started to force us to march to the ghetto. The ghetto was in the Jewish section of the town which was on the other side of the town.

Were your neighbors aware of what was going on?

And as I look back know, strange that it pains me so much. That trek through the main street, in the middle of the street, driven like cattle, with the valises, with the baggages, with my little nieces, with the little infant who was five, six weeks old, being driven to that Corso where my father, had a big business where people would come to buy, would tip their hat and say, "How do you do, Mr. Fischman," and turned to my mother and say, "How are you?" [SPEAKING HUNGARIAN], which is a very respectful way to address a lady in Hungarian. "How are you, my lady?"

These very people who used to watch me bicycle through town and say, "[INAUDIBLE], you have the first girl's bicycle--" because they never saw a girl's bicycle, you know, without a handlebar-- these neighbors who used to pinch my cheek when I was a little girl, they stood and watched, stony-faced, as we were driven to this town with the Hungarian gendarmes using truncheons on old people who couldn't walk fast enough. It was so shameful, so humiliating. But I know now that the shame was theirs, not ours. But I didn't know it then.