Barbara Turkeltaub, a Jewish girl who was hidden by Catholic nuns during the war, describes witnessing a Nazi massacre.
Last Updated: August 13, 2015 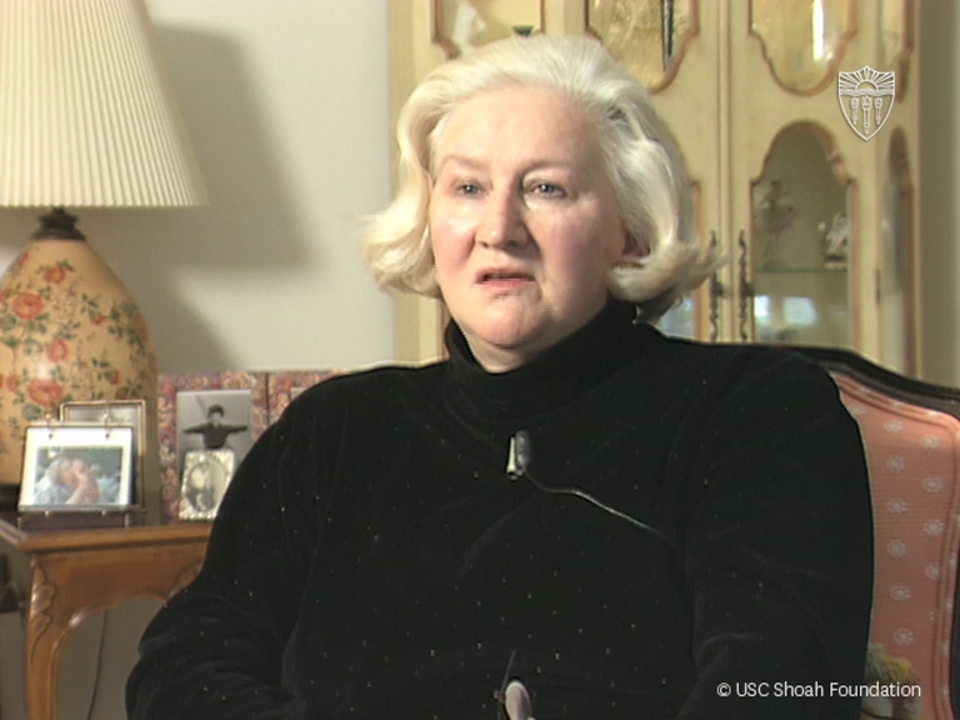 Barbara Turkeltaub, a Jewish girl who was hidden by Catholic nuns during the war, describes witnessing a Nazi massacre.

I usually was a very good girl and listen, very conform to what I needed to do. That one particularly day that looked such a nice day early in the morning—we were very early up. We were up six o'clock, because there was like a mass in the morning. They had like a little chapel and they went to mass and they took us there too. My sister was not very often there, because she wouldn't sit. But they took me almost every time.

I didn't really associate this with shooting, because it sounds differently. I don't know. Anyway, I went towards the sound. And I didn't go very far. I saw this huge ditch. And around it a group of—I began to hear also voices. Voices. And I saw a group of women, and they were undressed, and some of them were holding babies in their arms. And the Germans were shooting randomly. I mean, and they were falling.

I was so stunned, I couldn't move. I couldn't move. I couldn't. I was just hypnotized. I was there. And very soon afterwards, somebody grabbed me and carry me again from there. And that was one of the nuns, older nuns. And they were telling me, she was telling me, and the others were dead. You were told not to venture. You were told not to go. You have not listened to us. It's very bad.

Students incorporate new evidence from the history of the Weimar era into the position they are developing.
More Like This Teaching Resources Learning & Events
The resources I’m getting from my colleagues through Facing History have been just invaluable.
— Claudia Bautista, Santa Monica, Calif