Responding to a Refugee Crisis

Students think about the responsibilities of governments as they consider how countries around the world responded to the European Jews trying to escape Nazi Germany.

In the previous lesson, students learned about Kristallnacht and explored the range of choices people made in response to the violence and destruction of those coordinated attacks on Jews in Nazi Germany. In this lesson, students will learn about one significant consequence of Kristallnacht and other instances of Nazi aggression in 1938: an intensifying refugee crisis. They will explore how countries around the world responded to thousands of European Jews trying to escape the danger of Nazi Germany. Students will think deeply about the rights and responsibilities of governments to respond to events that take place within the borders of other countries, and they will hear the testimonies of Holocaust survivors describing their experiences as they tried to escape from Nazi Germany before World War II.

How can learning about the choices people made during past episodes of injustice, mass violence, or genocide help guide our choices today?

Germany’s aggressive steps to expand its borders in 1938 touched off both an international political crisis, as world leaders scrambled to avoid war, and a humanitarian refugee crisis, as hundreds of thousands of people, mostly Jews, sought safety from the Nazis.

The annexation of Austria into the Third Reich spelled terror for the 200,000 Jews in that country. Within weeks of the Anschluss (a term used to refer to the union of Germany and Austria in 1938), foreign journalists in Austria were reporting hundreds of antisemitic incidents throughout the nation. Some noted a sharp increase in suicides, as thousands of Jews tried desperately to emigrate only to encounter roadblocks wherever they turned. Their difficulty in leaving “Greater Germany” was not with the Nazis, who, faced with the problem of including an additional 200,000 Jews in the Reich, were eager to see Jews leave the country as long as they left their money and other possessions behind. The problem was with other nations, most of whom had no interest in accepting thousands of penniless Jewish refugees. US President Franklin Roosevelt believed he did not have the public’s support to ask Congress to change the quota system under which immigrants were admitted. In one poll, 67% of Americans said that the United States should keep Jewish refugees out. 1

Instead, Roosevelt called for an international conference at Evian, France, to discuss the growing crisis. Yet none of the countries that gathered, except the Dominican Republic, pledged to help. Only M. J. M. Yepes of Colombia, a professor who also served as the legal advisor to his country’s permanent delegation to the League of Nations, addressed the real issue at the Evian conference. He told delegates that there were two central questions that they must confront. One was a factual question that each nation had to answer for itself: How many refugees would it admit? The other question involved a matter of principle: “Can a State, without upsetting the basis of our civilization, and, indeed, of all civilization, arbitrarily withdraw nationality from a whole class of its citizens, thereby making them Stateless Persons whom no country is compelled to receive on its territory?” 2 Yepes went on to say that as long as that central problem was not decided, the work of the conference would not be lasting and a dangerous example would be set—an example that in his view would make the world “uninhabitable.” But most delegates did not want to deal with either issue. 3

The events of Kristallnacht in November 1938 only increased the urgency felt by hundreds of thousands of Jews to leave the Third Reich. But both public opinion and political will against admitting refugees held strong in most countries, including the United States.

Nevertheless, there were some successful rescue efforts, as some individual activists and diplomats devised ways to issue visas to allow Jews to emigrate. Also, a group of Christians and Jews in England responded with a plan to rescue Jewish children from the Nazis. In the operation known as the Kindertransport, 10,000 children under the age of 17 were brought to England between December 1938 and September 1939. The rescue effort was focused on children because the organizers feared the British would see adults as competitors for jobs, housing, and social services. Children were forced to separate from their parents (often permanently), and they were placed in English homes, schools, and farms, where they were raised at least through the war years.

Despite the difficulties of emigration, by 1939, nearly half of the 1933 Jewish population of Germany had left the country. Many more were desperate to obtain visas to get out. Among those who had the “right papers” were the 937 men, women, and children who boarded a ship, the St. Louis, in Hamburg, Germany, on May 14. The voyage of the St. Louis has become both a symbol of the refugee crisis and a cautionary tale about the indifference of countries to the plight of those in danger outside their borders. As the St. Louis neared Cuba, the Cuban government, in response to pressure from Cubans opposed to increased Jewish immigration, suddenly canceled the landing permits of all Jewish passengers (30 non-Jews were permitted to enter the country). The ship left Havana and sailed along the Florida coast, hoping to obtain permission for the passengers to enter another country in North or South America. No permission was granted. On June 7, the captain had no choice but to return to Germany with most of his passengers still on board. The Nazis turned the incident into propaganda. They claimed that it demonstrated that Jews were universally disliked and distrusted. On June 10, Belgium accepted 200 passengers from the St. Louis. Two days later, the Netherlands promised to take in 194. Britain and France admitted the rest.

Furious at the role the US government had played in the crisis, a resident of Richmond, Virginia, wrote:

[The] press reported that the ship came close enough to Miami for the refugees to see the lights of the city. The press also reported that the U.S. Coast Guard, under instructions from Washington, followed the ship . . . to prevent any people landing on our shores. And during the days when this horrible tragedy was being enacted right at our doors, our government in Washington made no effort to relieve the desperate situation of these people, but on the contrary gave orders that they be kept out of the country. . . . The failure to take any steps whatsoever to assist these distressed, persecuted Jews in their hour of extremity was one of the most disgraceful things which has happened in American history and leaves a stain and brand of shame upon the record of our nation. 4

Before you teach this lesson, please review the following guidance to tailor this lesson to your students’ contexts and backgrounds.

This unit does not explore the history of the Anschluss (the German annexation of Austria) and the Nazi occupation of the Sudetenland in Czechoslovakia. Yet these are two significant events in 1938 that contributed to the refugee crisis and to international tensions that led to World War II. It is important to explain briefly to students that Germany began to expand its borders in 1938 so that they can understand why some of the stories included in the resources they encounter took place in Austria and Czechoslovakia. Consult Chapter 7 of Holocaust and Human Behavior for additional resources that can provide background knowledge or classroom activities.

Since the 2010s, Europe has faced its greatest humanitarian and refugee crisis since the 1930s. The reading Memory and Decision Making in Europe Today explores the historical parallels between these two crises. You might share this reading with students and use the connection questions that follow to begin a class discussion about the echoes of history in contemporary Europe. You might also assign students to research the current state of the refugee crisis in Europe (as well as those taking place in Myanmar and other parts of the world) to extend their exploration.

The film America and the Holocaust (01:21:00) traces the history of the US response to the actions of the Nazi government through the 1930s, World War II, and the Holocaust. One particular clip (05:00–20:30) is worth showing to students to help them better understand the extent of antisemitism and fear of refugees in the United States in the 1930s. After watching the clip, use the Connect, Extend, Challenge strategy to debrief with students.

Chapter 7 of Holocaust and Human Behavior includes several readings that explain Nazi Germany’s takeover of Austria (known as the Anschluss) and expansion into Czechoslovakia. The chapter also includes additional information about the refugee crisis, the refusal of countries to take in refugees, and efforts to rescue Jews from Nazi Germany on the eve of World War II. Consider using these resources in additional activities with students, or read the chapter for your own background information.

These are the readings, videos, and images that students use throughout the Responding to a Refugee Crisis lesson plan.
Reading
Add to Collection

Examine a 1938 poll that reveals the public opinion in the United States toward the Jewish refugee crisis.
Reading
Add to Collection

Learn about the conference called by FDR in 1938 to discuss the growing Jewish refugee crisis.
Reading
Add to Collection

Consider how leaders like FDR, clergy members, and ordinary people around the world responded to the news of Kristallnacht.
Video
Add to Collection

Turned Away on the M.S. St. Louis

Holocaust survivor Sol Messinger describes his experiences attempting to emigrate from Germany to Cuba in 1939 aboard the ship the M.S. St. Louis. 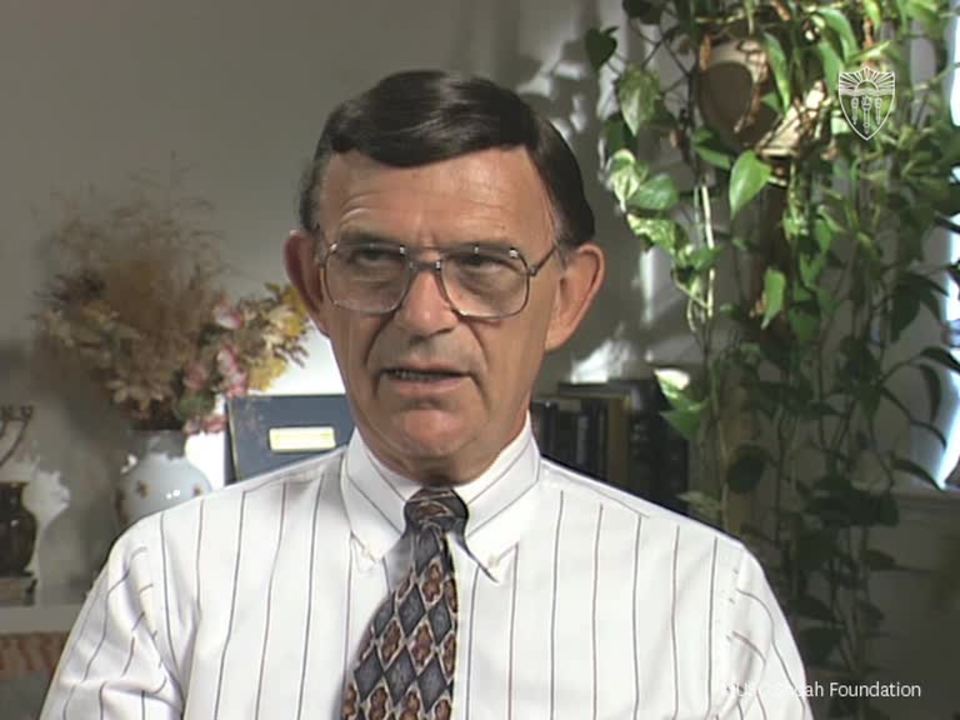 Preparing for the Kindertransport

Vera Gissing, a Holocaust survivor from Czechoslovakia, recalls how her family prepared her for the Kindertransport, a rescue mission that brought thousands of Jewish refugee children to Great Britain.

Tell us More
You're exploring:
Lesson 18

Responding to a Refugee Crisis

Students learn about the violent pogroms of Kristallnacht by watching a short documentary and then reflecting on eyewitness testimonies.
Previous
Lesson

Students examine the Nazi ideology of “race and space” and the role it played in Germany’s aggression toward other nations, groups, and individuals.
Next