Students will explore some of the causes and consequences of denying the Armenian Genocide and reflect on the role of public art to commemorate difficult histories.

In the previous lesson, students examined the purpose and meaning of achieving justice in the aftermath of the Holocaust. This lesson continues students’ exploration of the legacies of genocide by examining the phenomenon of genocide denial. Through an examination of the Turkish government’s official policy of denial of the Armenian Genocide, students will examine the consequences of denial, both for those directly impacted by the genocide and the wider public. They will explore how Los Angeles–area descendants of survivors of the Armenian Genocide have responded to efforts to suppress and deny this history by creating public art commemorating the genocide. Finally, students will consider how public art can serve as a tool to educate the public as they envision the creation of a mural documenting a historical event or injustice in their own community. While this lesson focuses on denial of the Armenian Genocide, denial of the Holocaust is also a phenomenon worthy of exploring with your students. See the Notes to Teacher section for suggestions and resources for addressing Holocaust denial.

How can learning about the choices people made during past episodes of injustice, mass violence, or genocide help guide our choices today?

Students will explore some of the causes and consequences of denying the Armenian Genocide and reflect on the role of public art to commemorate difficult histories.

As he was planning how to rid Germany of Jews, Hitler asked, “Who, after all, speaks today of the annihilation of the Armenians?” 1 He was referring to the mass murder of over a million innocent Armenians by the Turks during World War I. Nearly 20 years after that genocide, the perpetrators, for the most part, had gone unpunished, the Turkish government denied these murders had occurred, and this tragic episode was largely forgotten by the media and those outside of the Armenian community.

To this day, the Turkish government continues to deny the occurrence of the Armenian Genocide during World War I. In Turkey, and the former lands of the Ottoman Empire, where the murder of more than a million Armenians took place, these events have never been officially accepted as true by the government. At the end of World War I, the three leaders most responsible for planning the destruction of the Armenians escaped from Turkey; though they were tried in absentia, they never faced punishment. One of those leaders, Mehmed Talaat, claimed in his memoirs that there were no deliberate plans to massacre Armenians. When those memoirs were published after Talaat’s death, they set the pattern for the arguments still used to distort the history: the false claim that the Armenians were traitors who deserved to be deported and who died as a result of a civil war in which both sides committed atrocities.

Within Turkey, individual citizens and scholars have acknowledged the genocide, holding academic conferences and organizing commemorative events. But despite overwhelming historical evidence, including primary sources, eyewitness accounts, testimony of perpetrators, survivor recollections, and physical evidence, the government of Turkey denies that a genocide took place. Those who deny what happened have used many strategies in their attempt to turn a historical fact into a matter for debate or even a myth. They have funded their own academic centers dedicated to spreading a revised and distorted history, and they have intimidated scholars who study and write about the genocide.

Some authors who wrote about the genocide have been brought to trial for insulting “Turkishness,” which is a crime in Turkey. Turkish officials worked to censor United Nations reports by blocking mentions of the genocide and by countering resolutions in the United States that would have recognized April 24 as a national day of remembrance of the Armenian Genocide. While some countries, including France and Germany, have officially recognized the Armenian Genocide, many others have not. Leaders of many countries, including the United States, have been reluctant to force Turkey to acknowledge the genocide because they don’t want to embarrass or alienate an important ally.

Denial has consequences. In 1998, more than 100 prominent scholars signed a petition outlining those consequences, which said, in part:

Denial of genocide strives to reshape history in order to demonize victims and rehabilitate the perpetrators. Denial of genocide is the final stage of genocide. It is what Elie Wiesel has called a “double killing.” Denial murders the dignity of survivors and seeks to destroy remembrance of the crime. In a century plagued by genocide, we affirm the moral necessity of remembering. 2

In 2015, on the 100th anniversary of the genocide, journalist Raffi Khatchadourian described how denial of the genocide affects the Armenian community worldwide. He wrote:

Armenians continue to struggle with the official negation: to endlessly combat it is its own form of prison, but to try moving past it unilaterally, abandoning the horrific events of 1915 in the shadows of denial, is to succumb to willful blindness and injustice. 3

Denial, he says, is not just an absence of truth but a “wounding instrument. And, after a hundred years of it, it is hard to feel Armenian in a meaningful way without defining oneself in opposition to it.” 4

As students will explore in this lesson, descendants of Armenian Genocide survivors feel compelled to speak out against the Turkish government’s policy of official denial. Armenian American artists, from the Los Angeles–based muralist Arutyun Gozukuchikyan to the punk rock band System of a Down, commemorate the Armenian Genocide in their work and speak about the consequences of its denial. Their art functions both as a memorial to the genocide and its victims and as a form of civic participation and protest. It contains an important message for people outside Armenian communities, too. In response to the question of why recognizing the Armenian Genocide is important, historian Taner Akçam has argued:

One, to respect the victims, to accept their dignity and to give an end to their traumas. Second, it is very important for the reconciliation in a society, for the democracy and for the human rights. If a society cannot face its own history, it cannot establish a democratic future. And the third factor is, related to the second one, if you want to say the sentence “never again,” it can only be possible if society faces its past, its history. If a society, if a state, doesn’t acknowledge its wrongdoing in the past, this means there is a potential there, always, that it can do it again. 5

Before you teach this lesson, please review the following guidance to tailor this lesson to your students’ contexts.

Because it is difficult to address denial of the Holocaust and the Armenian Genocide with the nuance and specificity both topics deserve, we have opted in this lesson to focus specifically on denial of the Armenian Genocide. Nevertheless, despite the overwhelming breadth and depth of evidence documenting the Holocaust, some individuals, groups, and nations seek to minimize and distort the facts of the Holocaust or claim that it did not happen at all.
You may want to extend students’ study of denial by devoting additional instruction time to Holocaust denial. The video Holocaust Denial, Explained (2:56), produced by the United States Holocaust Memorial Museum (USHMM), provides an overview of Holocaust denial from historian Deborah Lipstadt. In addition, you may want to share with students the USHMM’s multi-part module on Holocaust denial. Students could explore the module using the following questions:

Ask students to privately journal a response to the following prompts. Explain to them that they will not share their answers with the class:

Ask students to respond to the following prompts in their journals.

Imagine that you are submitting a grant proposal to design a mural that calls attention to and educates your community about a historical event or an injustice. Write a short proposal in which you explain the design of your mural, and include a description of its significant historical figures, people or groups, landmarks or other objects, and any text that you plan to include. Consider how your mural might serve as both a memorial and a tool to educate community members and visitors and spark important conversations.

To extend students’ examination of the role of public art in shaping historical memory, consider using the lesson How Should We Remember? from the resource Teaching Holocaust and Human Behavior. In this lesson, students both respond to and design Holocaust memorials as they consider the impact that memorials and monuments have on the way we think about history.

These are the reading and video that students use throughout Confronting Genocide Denial lesson plan.
Reading
Add to Collection

Confronting Denial of the Armenian Genocide through Art

Login Required
During World War I, the Ottoman Turks carried out one of the largest genocides in the world's history. This film provides a historical overview of the Armenian Genocide and looks at its denial by Turkey that continues to this day. 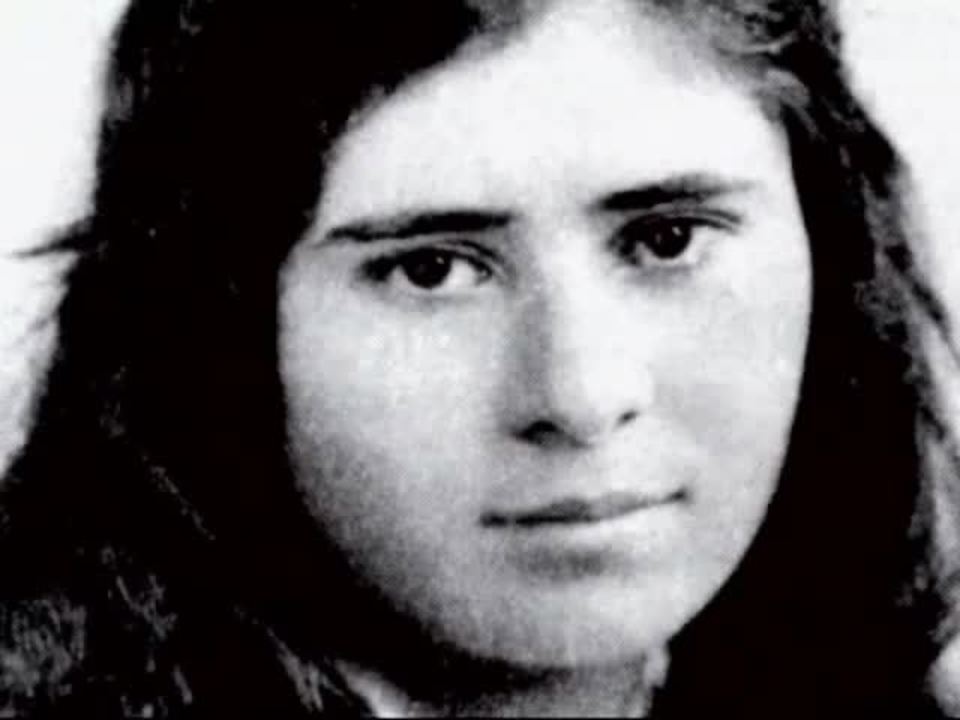 Tell us More
You're exploring:
Lesson 23

Students reflect on, gather evidence for, and discuss the unit writing prompt in its entirety.
Previous
Lesson

Students deepen their thinking about memory and identity by reflecting on the stories of Holocaust and Armenian Genocide survivors and their descendants.
Next