Skip to main content
Previous
You're exploring:
Next
Section

Learn creative ways to incorporate journaling into your units and lesson plans and explore  our bank of Facing History journal prompts.

The act of writing helps us figure out what we think 1 . Journaling is one of the most natural ways for students to learn more about themselves as thinkers and writers. It is important that teachers give students the space to reflect on complex issues and questions so that they can formulate their ideas and opinions before sharing them with their peers or developing them into more formal writing pieces.

Journaling, whether to make personal connections to the content, explore questions of human behavior, or respond to open-ended questions about a text, is at the heart of any Facing History classroom. The resources in this section of the unit planning toolkit help teachers to incorporate journaling into their daily classroom practice.

This section on journaling includes:

Before using the journal prompts in this section with students, please review the following information to deepen your understanding of the role journaling plays in a Facing History classroom

Teachers should write and reflect alongside their students. When they do, and especially when they share their writing, no matter how messy or scattered, it sends a powerful message to students that writing matters, writing is hard, and even teachers don’t get it right the first time.

Journals play a key role in a Facing History classroom. Learn more about our approach to journaling with the resources below. 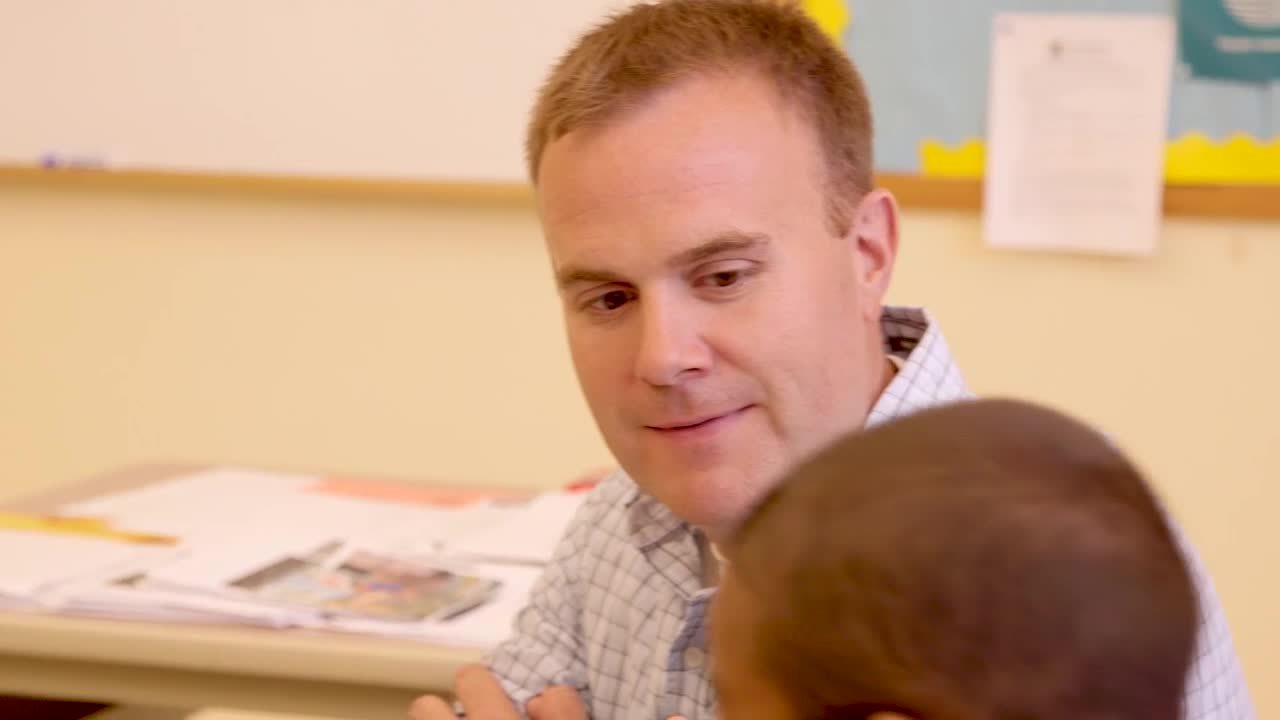 The purpose of watching this video is to witness how journals can be used from the first days of school to create space and time for student reflection.

Using Journals at the Beginning and End of a Lesson 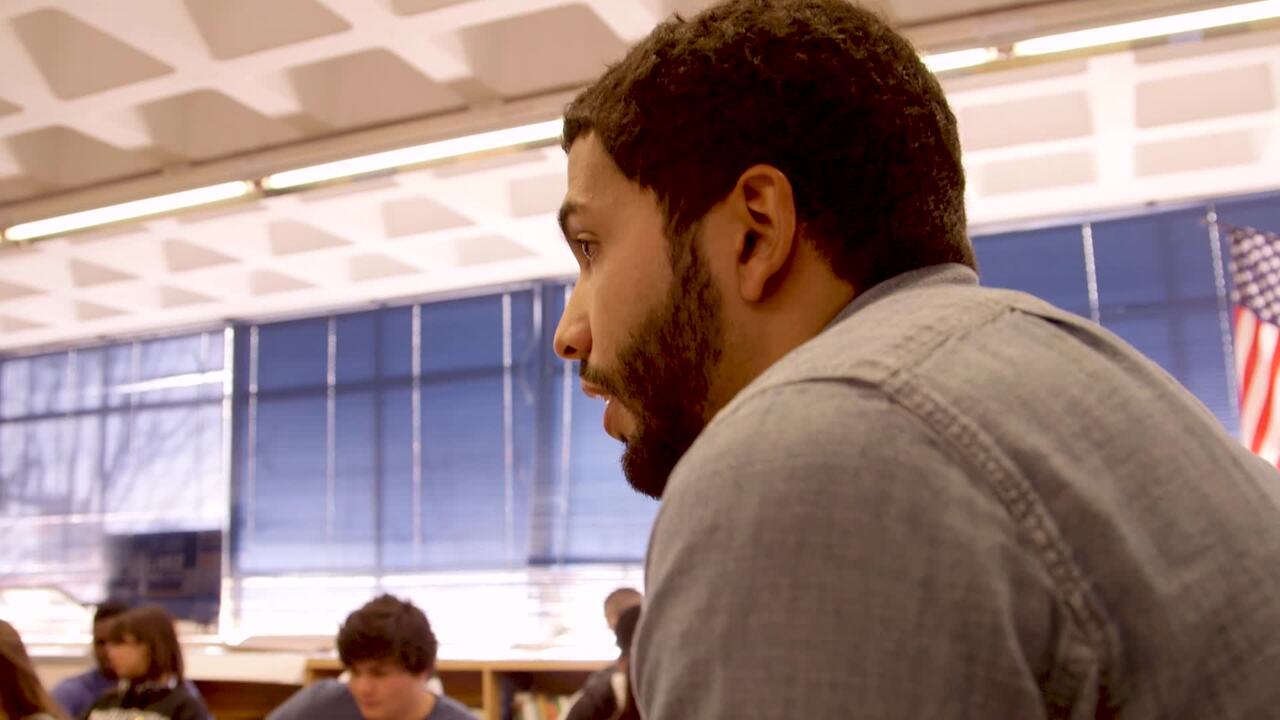 KEVIN TORO: One thing about using journals in class that I find really useful is, as teenagers, they are so willing to sort of write their thoughts down, organize what they're thinking. And often when we have them speak in class, that there's a little bit of disconnect that happens as they're trying to think and put norms on it and everything that goes along. And with writing, at least from what I've seen and experienced, they seem less limited. They seem almost more willing to talk about harder topics. They get right to it. And it's been something that's really helped me in terms of reflection.

For today, what is freedom and what does it mean to be free? You have, let's say five minutes. And then we'll talk a little bit about that freedom. We have this question, what is freedom? And then we have another question. What does it mean to be free? We're talking about a time, remember, where we have a lot of people who have acquired new given citizenship. They are emancipated. They are now citizens in this country. They have full rights.

We know necessarily, from what we've already looked at, that that's not the full truth, but we're going to analyze that to come to our own sort of conclusions about it. If I could take any volunteers for what is freedom and what does it mean to be free. Remember, you could place it in the context. You can also place it out of context. Doralee.

DORALEE: I think freedom is the collection of basic rights and the constitutional rights. It's the ability to express yourself willingly and throughout the government and have a voice in it. And I said that it means everything to a person, because it allows them to be an individual and pursue happiness and live the way they want to live.

KEVIN TORO: Wonderful, yeah. What a great definition of freedom. Gus, I saw you had your hand up.

GUS: Freedom is like the right not to be owned by anyone.

KEVIN TORO: Yeah. Well, especially in the time period we're talking about, that seems so pertinent as an idea. In your own words, describe the freedom given to the former slaves. How does this compare with the definition that you already put from your journal earlier today? What I would like is to take a little bit of time for these. And then hopefully, share. But I'll give you, let's say two, three minutes, and then we'll check in, OK?

If I could ask you to do something last two minutes of class, I just want to get a few answers. How do these compare? And in your own words, what is this freedom? Diego, start us off.

Diego: Education. And I felt like with all the things that I read during the whole session, I feel like that's what I got the most from the readings. To them, like receiving the proper education was most important and like I hadn't thought about that when I wrote my definition. All I thought about was just like being able to go where I please and like freedom of speech and stuff like that. But to them, it was education.

DORALEE: The freed slaves had to work like twice as hard just to like gain their freedom. And I think like nowadays, we take things for granted, like education, the right to just living free or just anything that we want to do. And we have to remember like these people actually had to fight for their freedom. It's not like something that was natural to them. So I think that a lot of people forget where we came from.

KEVIN TORO: Yeah, and the struggle it is, what freedom is in my opinion, is a struggle. Amelia, finish us off.

AMELIA: Um, kind of related to Doralee's, I said like the freedom they're given was also more responsibilities in the world, like their whole community and like society, rather than just in their own personal lives. And like they definitely act upon their freedom a lot more and like don't take it for granted as much.

KEVIN TORO: Absolutely. Opportunities as well. All right, everyone. Thank you so much. Today was great. I use journals in class as a way to allow the students to connect with their inner thoughts, especially in the class around racism. There's a lot of deconstructing of sort of myths and barriers that the students have to do. The journals allow them a safe space to really think, put down their thoughts.

Using it throughout the class period, beginning sort of middle and end, really also allows them a point to check in and breathe, which I really love. And so they get to not only access the information for themselves, reflect, but they just get a chance to actually some little bit of downtime. I think if all of us write journals, we know how comforting they can be.

Using Journals at the Beginning and End of a Lesson

The purpose of watching this video is to observe how journals can be used at the beginning and end of a lesson to create space and time for student reflection, and to witness how student thinking “moves” over the span of a lesson.

Below are suggestions on how to incorporate journaling into your existing lesson plans and classroom routines, as well as ideas for how to combine journaling with other teaching strategies:

Select from the following journal prompts, and create your own, as you design and teach your coming-of-age literature unit. To help students feel safe and empowered, it is important that they always know before they write if they will be sharing their ideas, and they should always have the choice to keep what they write in their journals private.

Identity and Growing Up

Relationships with Family and Friends

Fitting In and Standing Out

Get our list of 30 journal prompts for a coming-of-age unit in Google Doc format.

Tell us More
You're exploring:
Section 6

Plan your summative assessment based on a “This I Believe” personal narrative or an assessment of your choice using Facing History’s strategies for prewriting, outlining, and revision.
Previous
Section

Each of our learning experiences provides activities and resources to explore a core Facing History concept or theme while building key literacy skills.
Next

Designed for students in grades 6-7, this text set includes lesson plans and multi-genre texts for a two-week unit exploring the essential question “How do we become who we want to be in the world?”
Mini-Lesson
Add to Collection

This Mini-Lesson asks students to start the school year by designing their ideal learning space.
Lesson
Add to Collection

Through quote and poetry analysis, students will consider the ways in which our desire to fit in can impact our identities and the choices we make.
Lesson
Add to Collection

Feeling Seen: A Matter of Perspective

Students will engage in perspective-taking activities to consider what it means to belong and how experiences and interactions with others can shape our identities.
Lesson
Add to Collection

Students will watch a short animated film and create illustrated “pearls of wisdom” to consider why it is important to develop relationships that help us feel seen, valued, and secure.
Lesson
Add to Collection

Students will read and analyze a poem that focuses on what it means to practice celebrating identity, both by loving who you are and by imagining who you can be.
Assessment
Add to Collection

Create a culminating experience for your students that helps them draw new connections between the concepts and ideas presented in this text set, themselves, and the world today.
Activity
Add to Collection

Students identify pivotal moments when a central character learns something important about themselves, others, and their real or fictional world.
Activity
Add to Collection

Using visual imagery, students identify assumptions in a text and in the real world, consider the consequences of those assumptions, and build awareness of their impact on individuals and the community.
Activity
Add to Collection

Anatomy of an Upstander

Students critically analyze the choices, risks, and rewards that are involved when they are called upon to be upstanders.
More Like This Teaching Resources Learning & Events