Students view the film, analyze a primary source from the Oyneg Shabes archive, and consider why it matters who tells the stories of the Jews in the Warsaw Ghetto.

In the Warsaw ghetto, from 1940 to 1943, a group called Oyneg Shabes (meaning “joy of the Sabbath” in Yiddish, a reference to the group’s practice of meeting on Saturdays) conducted research and secretly assembled an archive that documented both Nazi crimes and also residents’ brave efforts to maintain life in the face of death. Under the leadership of historian Emanuel Ringelblum, the group gathered writings, assembled statistics, and collected artwork, photographs, and objects of daily life, over 35,000 pages in all. Collected in tin boxes and aluminum milk crates, the documents were buried secretly in the ghetto in 1942 and 1943, in three places known only to a few people. Of approximately 60 people who worked with Oyneg Shabes, only three survived. After the war, they worked with other survivors to find the buried archives. Two sets of documents were uncovered, in 1946 and 1950. The third has never been found.

This lesson imparts the story of the Oyneg Shabes to students through a 37-minute classroom version of the documentary film Who Will Write Our History. Day 1 of this lesson, intended for the day of the film screening, offers suggestions for how to set a reflective tone before viewing the film and how to help students capture their observations, thoughts, and emotions in their journals immediately after. Day 2 provides students with the opportunity to analyze a document that was included in the Oyneg Shabes archive and to consider more deeply why it matters who was documenting and telling the stories of the Jews in the Warsaw ghetto for future generations.

While the film briefly puts the story of Oyneg Shabes in historical context, we recommend providing students with a deeper contextual background for the Warsaw ghetto and the Holocaust itself. If this deeper examination is not already part of your course, see the Notes to Teacher section below for additional lessons and resources for building important context for you and your students.

Why does it matter who tells your story?

For members of the Oyneg Shabes, how was writing their own history an act of resistance?

This lesson is designed to fit into two 50-min class periods and includes:

Depending on students’ familiarity with the content of the film, you may want to introduce some of the following historical themes and developments prior to showing the film in class:

In addition to the above activities, you might consider assigning the reading Voices from the Warsaw Ghetto from our resource book Holocaust and Human Behavior, or read it aloud before showing the film. The connection questions from the reading preview many of the themes of the film, so you might want to have students discuss one or more of those questions.

Invite students to nonverbally communicate something they have read or watched, using a color, a symbol, and an image.
Teaching Strategy
Add to Collection

Encourage all students to share their quick reactions to a question, topic, or text.
Teaching Strategy
Add to Collection

Use this discussion strategy to help students practice being contributors and listeners in a group conversation.

Before students watch the film, share the unit’s essential question and ask them to think about it as they watch: Why does it matter who tells your story?

Watch Who Will Write Our History (37:37) with your students. As students watch the film, ask them to record in their journals any images, words, or observations that they find important, notable, or striking.

Ask students to complete a journal reflection on the following prompt to help them process their thoughts and feelings immediately after watching the film:

Then ask students to complete a Color, Symbol, Image activity. Ask them to think about the most important theme, idea, or emotion that surfaced for them in response to the film. Then have them reflect on how they can communicate the essence of what they’ve seen using a color, a symbol, and an image.

Using the Think-Pair-Share strategy, ask students to share with a partner a word or phrase from their responses to the Color, Symbol, Image activity on Day 1.

Close the lesson by asking students to write a private journal reflection in response to the essential question: Why does it matter who tells your story? Encourage students to use evidence from the film and their notes from today’s class discussion to guide their thinking.

The following activity helps students think beyond the conventional definition of “resistance” and place the activities of the Oyneg Shabes within a broader context of Jewish resistance to the Nazis.

To explore how the film employs visual and artistic techniques to tell its story, you might wish to share the following note from director Roberta Grossman with students:
While striving to avoid “tricks” that would “fool” an audience, the film does employ transparent visual effects such as compositing actors shot against green screen with archival footage. The goal here is to bring the past to life while balancing against the high standards for veracity in a documentary. To achieve this goal, we blended archival and dramatic footage, pulling from the tools of dramatic feature storytelling. While fully aware of the complexity of these techniques, I reached for these visual tools because Who Will Write Our History tells the story of a place that no longer exists (the Warsaw ghetto), about people who are long dead, and about a period of history captured primarily in black-and-white film and mostly by Nazi propaganda photographers and cameramen. I want people not simply to learn from the film, but to be engaged and deeply moved.

The handouts below are used in this [resource subtype].

These are the readings and videos, available in English and Spanish, that students use throughout the Watching Who Will Write Our History lesson plan.
Video
Add to Collection

Who Will Write Our History

This educational version of the documentary tells the story of the Oyneg Shabes archive, created by a clandestine group in the Warsaw Ghetto who vowed to defeat Nazi lies and propaganda by detailing life in the ghetto from the Jewish perspective. 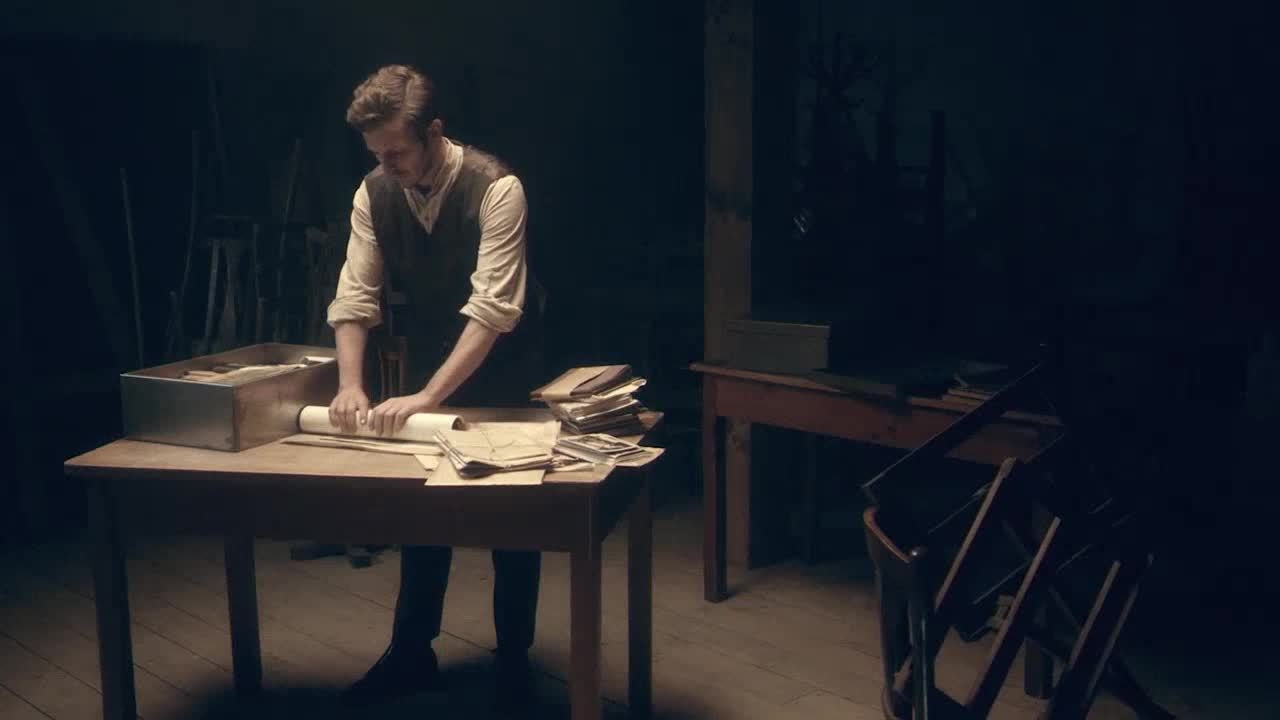 Shimon Huberband, a central figure in the Oyneg Shabes, documents life in the Warsaw ghetto.

Tell us More
You're exploring:
Lesson 1

Who Will Write Our History

This educational version of the documentary tells the story of the Oyneg Shabes archive, created by a clandestine group in the Warsaw Ghetto who vowed to defeat Nazi lies and propaganda by detailing life in the ghetto from the Jewish perspective.
Previous
Lesson

Students connect themes from the film to Chimamanda Ngozi Adichie's concept of “single stories," and then consider what it would take to tell more equitable and accurate narratives.
Next

Students connect themes from the film to Chimamanda Ngozi Adichie's concept of “single stories," and then consider what it would take to tell more equitable and accurate narratives.
Unit
Add to Collection

Invite students to reflect on why it matters who tells our stories as they view a documentary film about the profound courage and resistance of the Oyneg Shabes in the Warsaw ghetto.
Mini-Lesson
Add to Collection

This Teaching Idea uses the story of the Robert E. Lee monument to help students consider the power of symbols and explore the summer's protests through the lens of voice, agency, and solidarity.
Lesson
Add to Collection