This clip from "Sholem Aleichem: Laughing in the Darkness" covers the advantages and disadvantages of growing up in a shtetl as seen through Sholem Aleichem's story "The Town of the Little People." ).
Last Updated: April 15, 2022 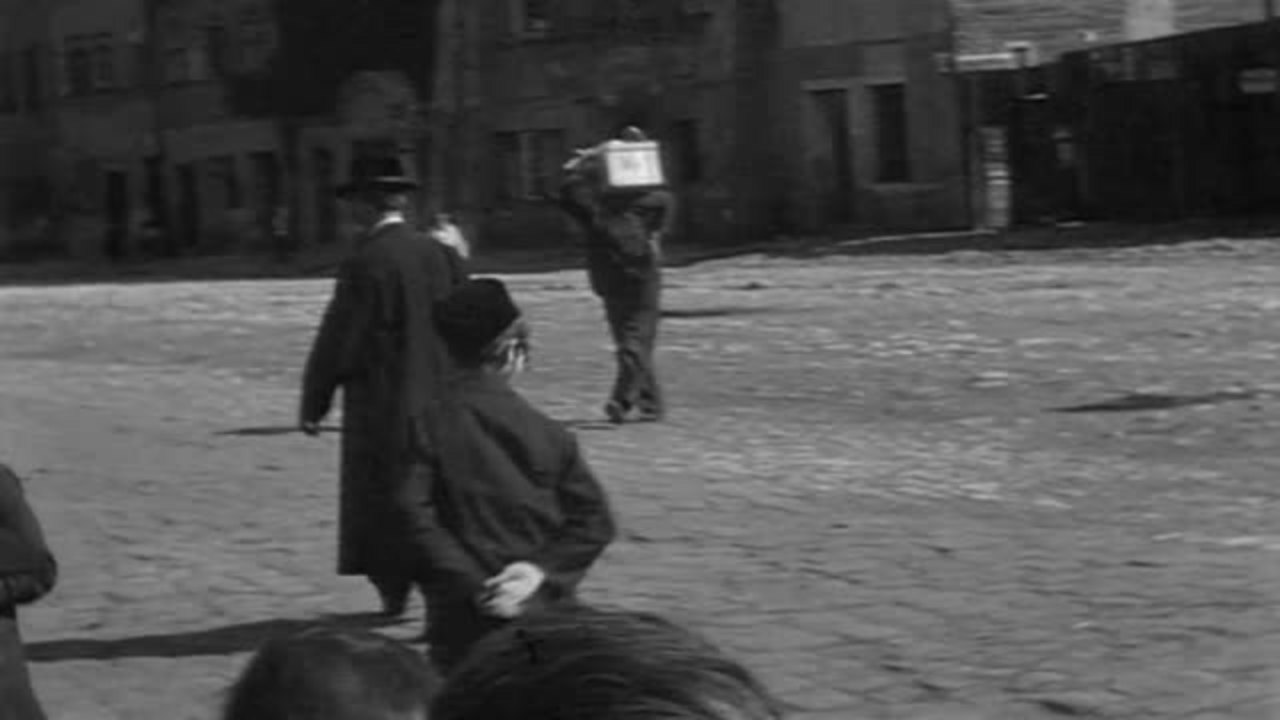 The town into which I shall take you, dear reader, is exactly in the middle of that blessed pale into which Jews have been packed as closely as herring in a barrel and told to increase and multiply. In a town much like this, the man who became known as Sholem Aleichem spent his youth. He was born Sholem Rabinovich in 1859 to a successful Jewish merchant.

His childhood home of Woronko was one of hundreds of small Jewish market towns with shtetl. Stuck away in a corner of the world, isolated from the surrounding country, the town stands often, dreaming, bewitched, immersed in itself, and remote from the noise and bustle, the confusion and tumult and greed, which men are dignified with names like progress, civilization.

Shtetl is a very small place. Everybody knows everybody. It's an intimate little town. It's mostly populated by Jews.

The shtetl tended to be very self and closed place, and often very isolated and very traditional.

That made for kind of a Jewish intimacy, and Jews were kind of simmering in the little pods.

Sholem had been with his family like their fellow Jews, lived a traditional life that revolved around the rituals of religious observance. He was educated in a heder or religious school, where he studied Hebrew and Torah.

It was a world, really, in which people shared very much a common culture, a common way of life. The Rabinovich family was more or less secure. There was also the status of being one of the most prominent families in this little place, and Sholem have savored this sense of being important, the son of an important person, and completely secure in his environment. The picture is one of the very, very happy shtetl childhood.

In later years, he would memorialize his childhood, transforming his hometown of Woronko into the mythical shtetl of Kasrilevka.

"When the holy Sabbath arrives, let Yehupetz perish, let Odessa be razed, like Paris itself sink into the earth. Kasrilevka lives. And this is a fact, that since Kasrilevka was founded, no Jew has gone hungry there on the Sabbath."

Sholem Aleichem's own shtetl of Woronko was part of a vast network of towns that lay in a territory known as the Russian pale of settlement. The pale stretch from the Baltic to the Black Sea, by czarist decree, it confined within its borders some five million Jews. Facing harsh economic restrictions and largely forbidden to own land, the Jews of the pale eked out a Meager existence.

You go out into the street, the market women are speaking Yiddish.

A mixture of German, Hebrew, and Slavic languages, Yiddish was the everyday language of Jewish life in the pale. Spoken by all, those looked down upon as inferior to the sacred Hebrew of the Torah. Yiddish separated Jews from their Russian neighbors, marking off a Jewish world all its own.

Yiddish was a place where you were safe and you could talk about your concerns internally, even as you were open to the outside world. It's a kind of protective shield, a portable homeland.

Students investigate the messages in Adolf Hitler's speeches by performing a close read of the transcript of his first radio address as chancellor.
Activity
Add to Collection

Students develop their vocabulary for describing their feelings and work their empathy muscles by reflecting on the color of their mood.
Teaching Strategy
Add to Collection

Spark students’ interest in a book before reading it by having them make predictions and ask questions about its contents.
Teaching Strategy
Add to Collection

Students practice perspective-taking by representing the point of view of an assigned personality in a small-group discussion.
More Like This Teaching Resources Learning & Events
Most teachers are willing to tackle the difficult topics, but we need the tools.
— Gabriela Calderon-Espinal, Bay Shore, NY