Facing History student Jonathan Lykes presented his poem "Perception" at a Facing History benefit dinner. The poem, which won a regional poetry contest, is about how prejudice influences our decisions about helping others.
Last Updated: April 13, 2022 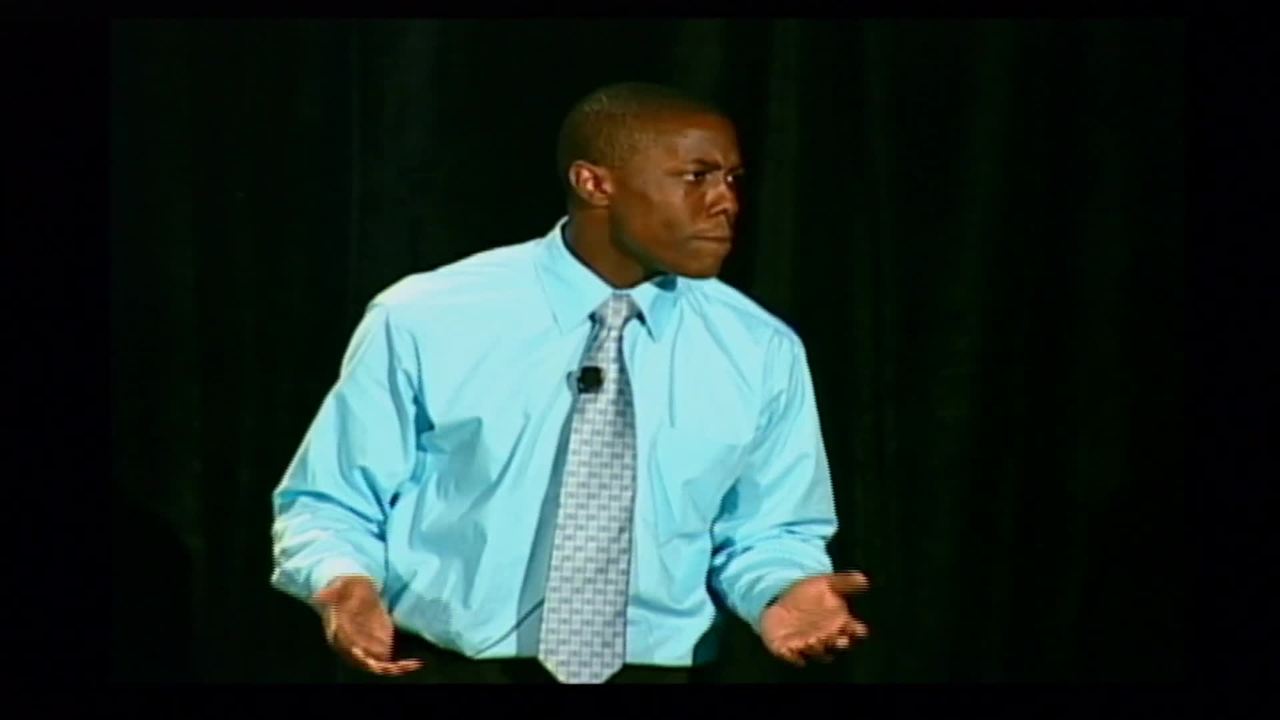 Good afternoon again, everyone. Or good night, or whatever you want to call it. Back when I was in the Facing History class in my ninth grade year, I actually wrote a poem inspired by what I was learning in the class. And I actually got an opportunity to perform it at the National Poetry Competition in New York last year. So this is the poem that I wrote.

How do they see me? How do I see them? For I notice that there's this thing called perception that gives people the opportunity for exceptions. Or on the flip side, to be in the circle of rejection. All different types of sections and groups of cliques, making fun of this person and talking bad about that person. So I ask, what is your outlook on things? All these different stereotypes and all types of legal rights being violated because you look this way and you act that way. And you're telling me it's okay to give a blind eye to the less fortunate simply because they're beneath you?

Test. You, in a dark suburban alley alone, see a black man. Looks like he's far away from home. Fear runs down your spine and your thoughts roam as you say in your mind, this little black boy's up to no good and should be picked up by the police. But would you believe that that boy was me and what you didn't see was I was coming home from youth group?

So tell me why the mode of predetermined thought towards me? I'm not in that percentile. I'm trying to be all that I can be and they still stone me with their misconceptions about black men. They tend to understand that I'm into misconjugated verbs, oversized pants, and hip-hop. And when I say I'm not, it's said that I'm not a real black man. Perception, many times, leads to this open door of deception. Stop. Rewind. I'm here to make a correction, because everything that seems true might not be true.

Perception. For one second, make an exception and listen to a person younger than you, not really wiser than you. Give me a minute and I just might surprise you. Let's go back to the day of 1933, for this is the day that Hitler came to be the ruler of a country called Germany. Let's look back and see the repercussions that someone could have stopped, yet no one dropped their personal business to help the bigger picture. Now 12 years later, 12 million people dead. The year is 1945 as we attempt to look ahead. Why do you think no one said, stop all these horrible actions? No reactions until it was too late.

Yet, the fate of the Holocaust we all regret and we even made a bet never to let it happen again. Yet, in the mid '90s, genocide appears to us again? And when this happens, no one still stops to step in. Location: country of Rwanda. No one chose to send in their hospitality, so they had to fend for themselves. Perception. Now I see people plagued with this lasting infection of carelessness. Once we face history and look it in the eye, it's an embarrassment. Yes, yes, good intentions meant. But we still went wrong on our encouragement to have the right perception.

For now, I see people killing people in Darfur, Sudan. And you say to me, friend, how can we help them over in Africa when the woman down the street's still recovering from Katrina? We see how the government put them in the political back seat. The very same woman is crippled and weak and they're trying to cut off her welfare. Question. Is it fair or not fair? For it's my understanding that none of you have ever been stripped bare for the whole world to see. But what I want us to be is a society free from all these detrimental mentalities. What is your perception?

This Mini-Lesson asks students to start the school year by designing their ideal learning space.
Activity
Add to Collection

Students practice gratitude by naming and recording three good things that have happened that day.
More Like This Teaching Resources Learning & Events
Using the strategies from Facing History is almost like an awakening.
— Claudia Bautista, Santa Monica, Calif