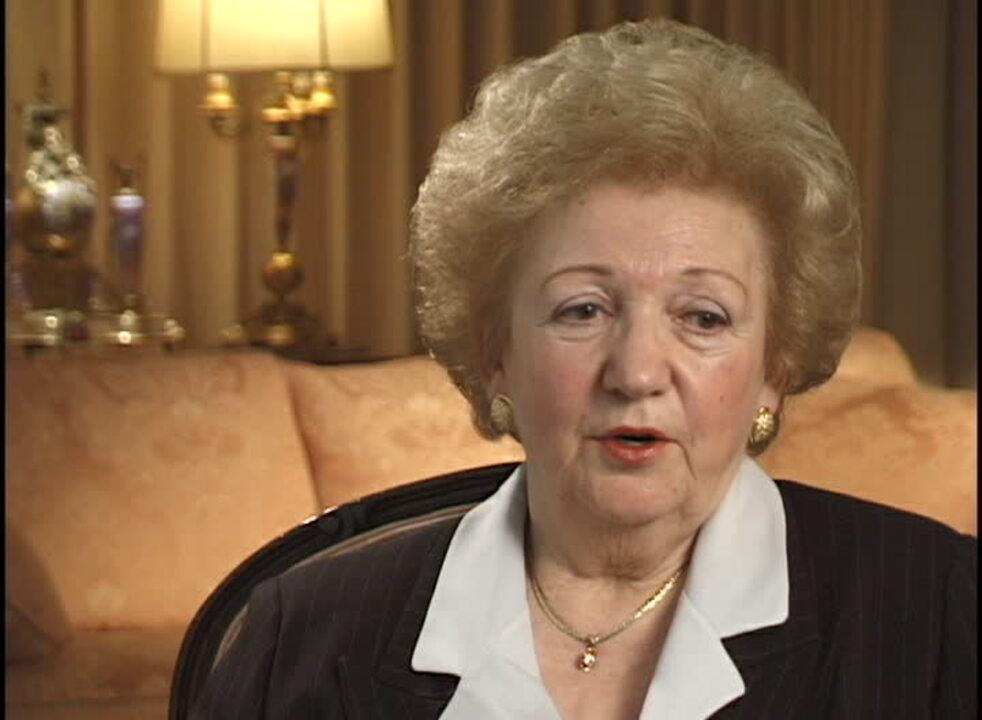 And so we just didn't know where to go. We were lost again. And then this peasant [INAUDIBLE] came to us and he said, "look there are rumors there are Russian partisans in the vicinity. But I don't know whether they're friendly to Jews. They might kill you, but I might talk to them. Perhaps they will accept you."

And we said, "well, we have nothing to lose." Waited a long time actually. And then came out a commander for political affairs and he started interviewing us. He looked at us. Skeletons was sitting there for skeletons, dirty, long hair overgrown, and he started asking questions.

He says, "so where are your weapons?" We didn't have any weapons. "So how many trains did you dynamite?" We didn't.

So I thought he was not going to take us in, but being that my uncle was a trained scout, they needed a scout to lead them in the vicinity where the partisans were. They were strangers in that part of the country. So they took us in because of my uncle.

Provide students with historical context for understanding the protests against the Thirty Meter Telescope on Maunakea and help them explore the reasons why many Native Hawaiians oppose its construction.
Collection
Add to Collection

Students deepen their thinking about memory and identity by reflecting on the stories of Holocaust and Armenian Genocide survivors and their descendants.
More Like This Teaching Resources Learning & Events
Using the strategies from Facing History is almost like an awakening.
— Claudia Bautista, Santa Monica, Calif