John Amaechi Discusses the Importance of Being Present

Psychologist John Amaechi talks about the impact of educators' interactions with students and the importance of acknowledging their power.
Last Updated: April 12, 2022 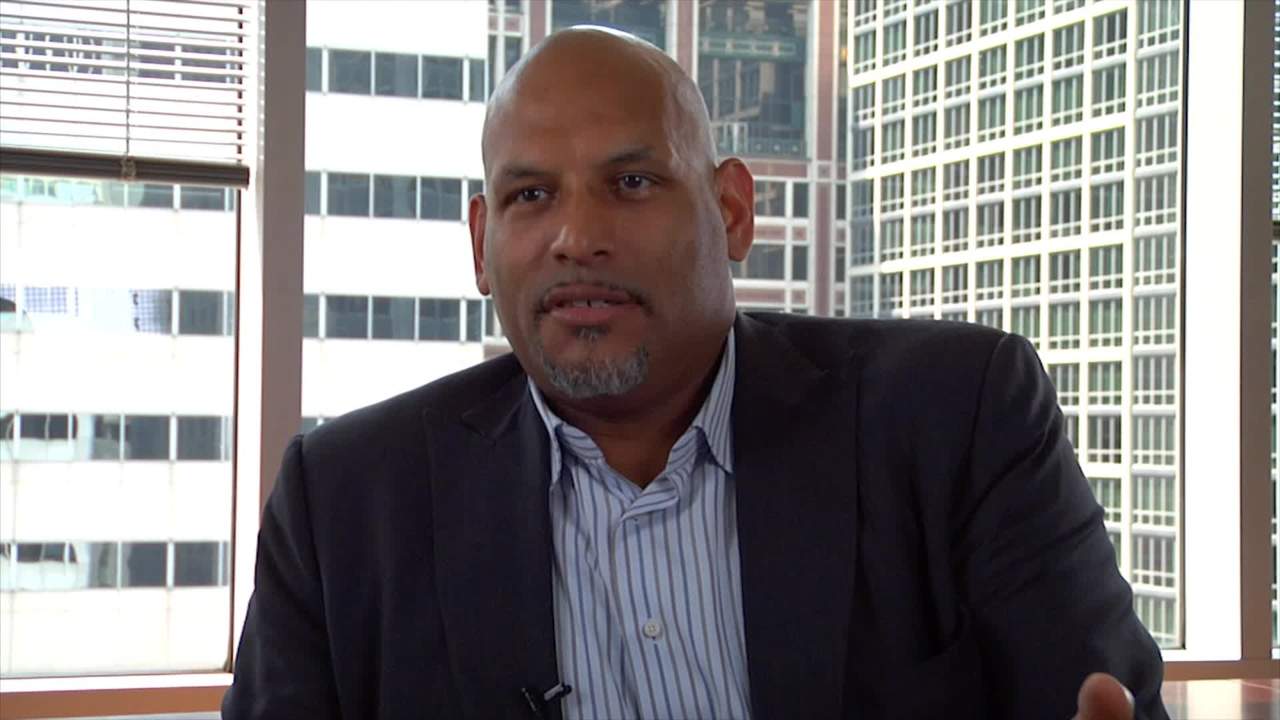 JOHN AMAECHI: To create an inclusive and emotionally literate environment, I think we also have to change the way we think about our interactions. People who are busy, people with power and responsibility, we often start to think that-- we operate on this thing, this pivotal moment theory, the idea that in a day or in a week or in a year, we can predict and prepare for the important times when we need to bring our A game. We can predict and prepare for the times that will be transformational for young people, for teachers, for our school, for our neighborhood-- whatever it is.

And one of the things that I think marks an environment that's inclusive, marks an environment that's emotionally literate is they don't operate on this theory. They don't operate on the idea that there are lulls in attention, lulls in interest, lulls in interactive ability but rather that every moment is potentially transformative. And I think that is a marker of a school that's getting it right, of an organization that's getting it right, that they recognize that they can't predict and prepare for the times that will be transformative. But rather, they just have to assume that every opportunity to interact is potentially one of those moments.

One of the markers of environments that are inclusive and emotionally literate is also that people with power accept, respect, understand their status and power. There's a lot of places where in an attempt to be closer to the kids, down with the kids, adults in the environment, people with power-- faculty members and principals-- kind of pretend they don't have this massive swag. And you just can't afford to do that.

I think people with power need to start to think about themselves like giants. They need to start to think about themselves the same way that I think about myself in almost every environment. I treat the world like it's made of cardboard in order to make sure that I don't accidentally tear it at any stage. I think about that every time I go to open a door, so I don't swing it open off its hinges. I think about it in every space where I'm around people. I'm constantly checking my wing mirrors to make sure that nobody's in my space or that I don't turn too quickly or stick my arm out or do whatever else that might decapitate a small person in my circumference.

And I think that is a metaphor for how principals, faculty members, teachers, staff need to think about themselves because there is a kid in your school who looks at you. And when they look up at you, it is if you are 10 feet tall. And your merest gaze, your casual look in their direction can have an impact on how they feel about themselves. Even if you're cross with a teacher that you've spoken with three minutes earlier, if you bring that irritation into a look as you walk through the hallways, they will think it's them. And the impact on them will be huge because you are a huge figure in their lives.

And I think a lot of people they try and escape from the responsibility of their power by pretending that they don't have any. And there's nothing more dangerous than a powerful person who doesn't believe they are, not because of what they do intentionally but because of the accidental damage you do when you don't realize you're a giant. And that's why I try and encourage people to imagine that in their hallways they are that giant. And they can either be the very careful, very thoughtful benevolent giant, or they can be the clumsy one that decapitates kids on a daily basis without even knowing.

I don't think that powerful people in schools-- the teachers, the faculty, the staff, and the principals-- I don't think they recognize how moving it is for a young person to be prioritized by attention. Just simply to be important enough to have and hold your full attention for a moment. I mean, it's one of those amazing things. I have a community center in Manchester. And I don't think I-- whilst I recognize it's important that I try and be there all the time, I don't think I'd ever reverse this and thought about the impact on the young people until we had a kid newly came into my center and was very excited to talk to me.

Most people are already at my center less excited over time. But this is a new kid so very excited to talk to me. And he's talking to me, and my phone goes off in my pocket. And he starts to turn away automatically. And I just fumbled with my phone in my pocket and press it on mute. And the kid just looks me in the face and then runs away crying. And from just the beginning of that, before even finding out what was going on, what kind of world are we in where kids cue for exit is that a call comes in. And it doesn't matter if you're talking about nonsense or something of great gravity. Since when is a young person in your presence less important than a phone call?

And then the other side of this, the weeping as he runs away, I asked about it later on it. He calmed down a bit. I brought him back. And he's like, oh, I just assumed that you'd have something better to do. We've got kids in every school in every city of almost every country ever visited who believe they are less important than a person's attention for three minutes. That is something we can address by making sure that we're present in a school. And that is something I think can have a massive impact on both the young people and the school environment in general.

Facing History and Ourselves, “John Amaechi Discusses the Importance of Being Present,” video, last updated April 12, 2022.

This Mini-Lesson asks students to start the school year by designing their ideal learning space.
Collection
Add to Collection

This toolkit of teacher resources and classroom activities will help you lay a foundation for a reflective and caring community in the opening days of the school year.
Mini-Lesson
Add to Collection

Create a Toolbox for Care

This Teaching Idea invites students to think about the “tools” they have access to during the coronavirus pandemic that can help them take care of themselves, others, and their wider community.
Mini-Lesson
Add to Collection

Use this Teaching Idea to help students learn about the groundbreaking careers of Patsy Takemoto Mink and Shirley Chisholm and to consider the significance of Vice President Kamala Harris’s election.
More Like This Teaching Resources Learning & Events
Most teachers are willing to tackle the difficult topics, but we need the tools.
— Gabriela Calderon-Espinal, Bay Shore, NY