The Era of Modernization in Japan 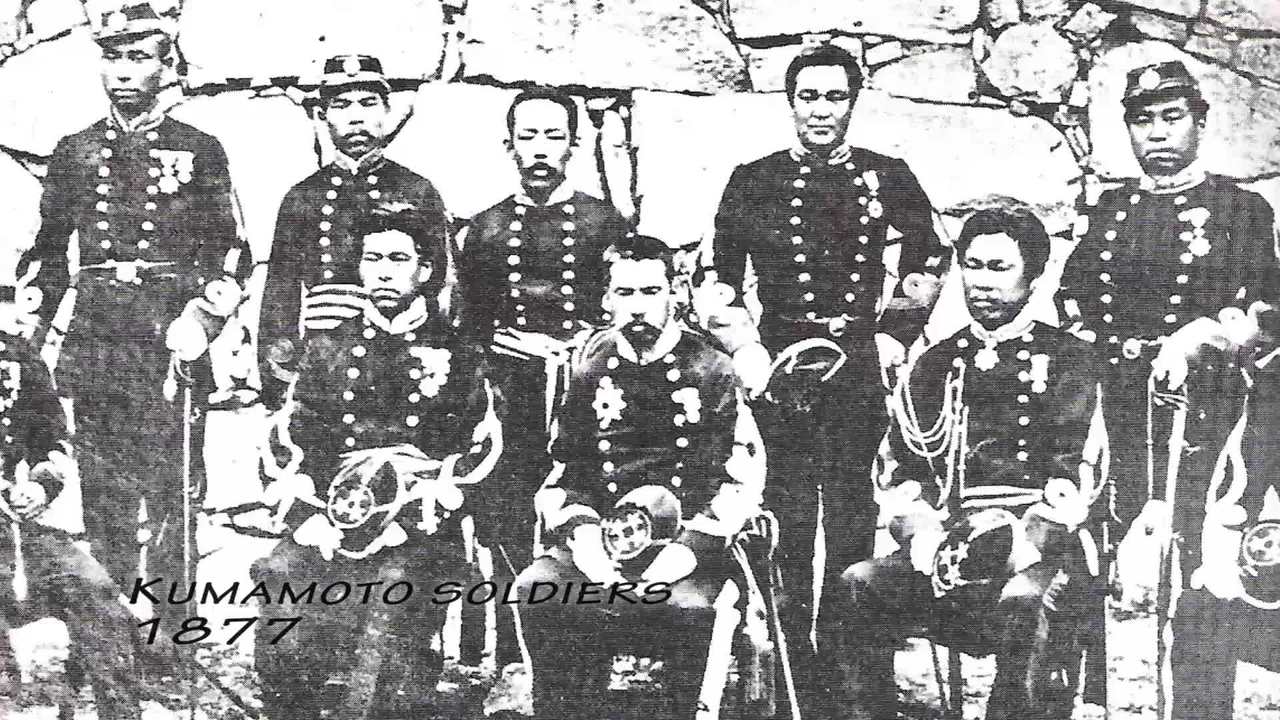 When the world was just China and Japan with Korea in there to a certain extent, things were culturally, relatively simple. But when the West comes into the picture-- new languages, new cultures, completely alien religions and peoples-- it gets much more complicated.

In 1853, American Naval Commander Commodore Matthew Perry sailed into Edo Bay with a squadron of powerful vessels. His goal was to secure a trade treaty with Japan, thereby opening more of East Asia to the West. Surprised by their demands and outgunned by their military, within one year, the Japanese agreed to Perry's terms.

And on March 31, 1854, the Convention of Kanagawa was signed. What followed was a period of Western influence that would forever change Japan. Many Japanese cast aside ancient traditions in favor of more modern ideas, while others were more resistant to new ways.

Until 1868, which is a very important year in Japanese history, the basic structure of the feudal government-- it was the shogunate, is the term we use, meaning the government of a shōgun-- the military government-- and it was placed in the city of Edo. In 1868, that city changes its name to Tokyo, which is modern-day Japan. The emperor, which is another seat of power, is in the city of Kyoto, which was the capitol, until 1868, of Japan.

The emperor is said to reign, not rule. The emperor sits there, and basically writes poetry, and plays with his butterflies, and does other things. The military government runs the show. And it's a feudal government. So there are domains all over the country, big and small. And they are categorized in different ways. And that goes on for 267, 268 years. And then under pressure from the West, and under pressure from within Japan, it collapses.

In order to become up to speed on the world as it is, both countries realize they need to get their acts together. They need to modernize in a way that is similar to the West, because they realize the West is very strong. They may not have any respect, as many of them don't, for Western culture, or Western religion, even Western society. But they realize that politically and militarily, the West is more powerful than they are.

So both countries put into effect modernization programs in the late 19th century.

But there are a lot of other things that go along with modernization. The case of Japan is really interesting because until roughly the early 1870s-- late 1860s, 1870s-- Japan was a hierarchical feudal society, in which only the tiniest fraction of people would be considered part of the elite, the so-called samurai class.

And everyone else-- merchants, farmers, the great majority of people-- had no role in government. Their opinions were not solicited. Their views were irrelevant. And they were not welcomed. But that all changed when Japan decided to join the modern world of nation-states.

Then it needed a modern army. Now modern armies, again, don't drop out of the sky. You can't just conscript people all of a sudden and tell them, you know, it wasn't OK for you to have a weapon, because you were not a samurai. But now, you not only can serve, now I'll give you a weapon. Moreover, you have to be willing to die for this entity, Japan.

What's that? I mean, they didn't know what-- Japan was a vague notion to most people. So they have to give people a stake in it, which means education becomes available to many people. So that's this social contract that the Japanese government develops. And of course, it works.

When Japan entered the modern world and quickly learned that to be a player in the big game meant you had a couple of colonies, maybe more than a couple. And so that meant that Japan needed a colony. And then there were all rationales that were built into having a colony, which is an area for exports and free or really cheap labor.

And by the time Japan got into the game, there were slim pickings out there. By the end of the 19th century, most of Southeast Asia was either in the hands of the British or the French. And the British were in India. And all these European countries have little areas carved out of China. The US was about to make the Philippines a colony.

Korea, though, was still available and close. And so they compelled the Koreans to sign certain kinds of unequal arrangements with them.

And then that got the Chinese very upset, because the Chinese didn't look at Korea as a colony, but they looked at them, in the Empire's view of the world, as kind of a younger brother. Part of a larger-- not necessarily part of the Qing dynasty's empire, but at least part of the Chinese sphere of influence.

Ten years later, Japan went to war again and was victorious in 1905 against a much larger and more powerful imperial country, Czarist Russia. Strengthened by this victory, Japan continued its empire-building, occupying Manchuria in 1931.

By the summer of 1937, Japanese Imperial Forces had invaded China once more, eventually winning the Battle of Shanghai. Japanese forces then turned their sights on the then-capital city of China, Nanjing. On December 13, 1937, the siege of the city began.

What they aspired to is to become part of the game-- to join it rather than to fight it. There was no fighting it. Learning how to build a strong, powerful nation, the Japanese just do it really well. The sad thing is when you start victimizing other populations. And that comes with empire.

In the 19th century, and before, people really didn't care, in the Western world, about what those people thought. Then the Japanese, in many ways, just followed suit. They felt you need an empire to survive. This was the ideology.

You need an empire as a place for your excess population, for your excess well-trained graduates from your universities and whatever, who don't have jobs, for people who need more land to spread out and to farm on. And so you take the closest place that's available that you can succeed in colonizing. And so they did.

Facing History and Ourselves, “The Era of Modernization in Japan,” video, last updated April 18, 2022.

Students share how they are feeling, what their needs are, and what goals they’d like to set in an exit card.
More Like This Teaching Resources Learning & Events
Using the strategies from Facing History is almost like an awakening.
— Claudia Bautista, Santa Monica, Calif