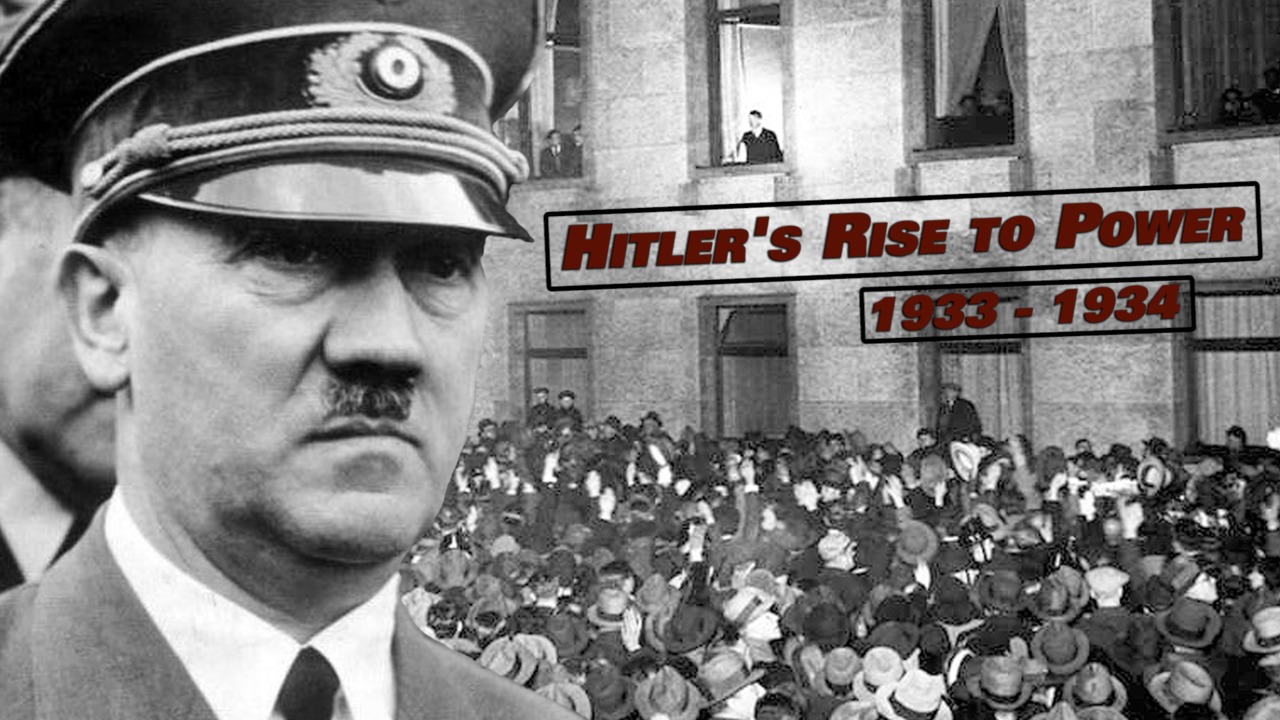 Hitler was appointed chancellor of Germany in January 1933. But his maneuvering for authoritarian control of the country was not yet complete, nor was his success inevitable.

Hitler's government was fairly fragile at that point. He had been appointed chancellor by the President of Germany, who had appointed and dismissed three chancellors in the previous 12 months. And there was nothing stopping him from doing the same with Adolf Hitler. No one anticipated-- really could have anticipated what was to come.

So this is the end of January 1933. And by the end of June 1933, it's a one-party system. And I think that's so important to look at. How do you get from this democracy to a one-party dictatorship in six months? It's a combination of the weaknesses of the existing system and opportunities. By opportunities, I mean the Reichstag fire.

February 27, 1933, the German Reichstag explodes in flame from an arson attack. There's crashing glass, there's twisted steel, there's surging flames. This was an attack on the very symbol of German democracy and was traumatizing.

The Nazis found three Bulgarians, put them on trial, and claimed that this was the communists' attempt to destroy Germany and destroy the Reichstag. And it gave Hitler the opportunity to draft emergency legislation that Hindenburg signed. It suspended civil liberties, including habeas corpus, knowing why you're arrested. It deputized the SA, the Stormtroopers, and made them effectively a police who could arrest people, arrest enemies.

So they immediately target both the communists, the socialists, male and female state delegates, and often their spouses.

It led directly to the first concentration camp in Dachau outside of Munich. And so this was a crucial step in the Nazis' consolidation of power. The Nazis built on this. Most crucially, I think, was the Enabling Act of March 23, 1933. And this is when the Reichstag amended the Weimar Constitution-- they required a 2/3 votes to do so-- and gave Hitler emergency powers for four years.

That's a period of time of great violence. People want law and order, calmness and legitimacy. They don't want violence every day. And we've seen, in the United States even, that whenever there are eruptions of violence, people are prepared to say, we will take law and order and even the sacrifice of some of our basic freedoms-- in order to what? Eliminate the violence.

So it all seems like order is being restored from a standpoint of an ordinary German. When you take a peek-- and as historians, we can look back and look at all these decrees-- no, this is the dismantling of democracy. This is the establishment of a one-party dictatorship. And this is the beginning of a terror.

After exploiting the chaos of the Reichstag fire and using the law to eliminate democratic checks on his power, Hitler used his new found authority to go after those he claimed were damaging the social fabric of German society, which included homosexuals, Jehovah's Witnesses, the mentally handicapped, Germans of African descent, and Jews.

By July 14, 1933, Hitler takes a step of banning all other political parties. And suddenly, the Nazis, it's a one-party state. And one thing is okay, so now, the seizure of power is completed. But no, not the case.

There's a year interval after that when the principal challenges to Hitler are from inside his own party rather than from outside. He's managed to crush most of the opposition. But within the party, there are people who want to proceed even more radically than he does, particularly people in the Stormtroopers, the SA, who are interested in acquiring influence over the German military. And so between 1933 and 1934, his principal challenge is, how do I manage these people? He manages them in June of 1934, basically by killing them.

We don't know exactly how many individuals were killed. Most historians now say 200 or more. And it was a really bloody affair. It was not just a purge of SA leaders who threatened Hitler. Hitler used it as an opportunity to settle scores. And what's so important is that Hitler was completely upfront about this. He went to the public, and he said, I'm responsible for Germany. I take responsibility. I have executed these people who I'm charging with treason. I mean, these are extrajudicial murders. These are murders with no trial. It was a way to intimidate the German population, to say we will use violence if you oppose us.

And that is the coup that puts him finally in power. President Von Hindenburg died about a month and a half later. And that meant that there was no one who could effectively challenge Hitler for any power in the state-- certainly, no one who could have influenced the army to be opposed to Hitler. And the army was the only force that was still strong enough to have done that.

Students consider the ways in which World War I intensified people’s loyalty to their country and resentment toward others perceived as a threat.
More Like This Teaching Resources Learning & Events
Using the strategies from Facing History is almost like an awakening.
— Claudia Bautista, Santa Monica, Calif