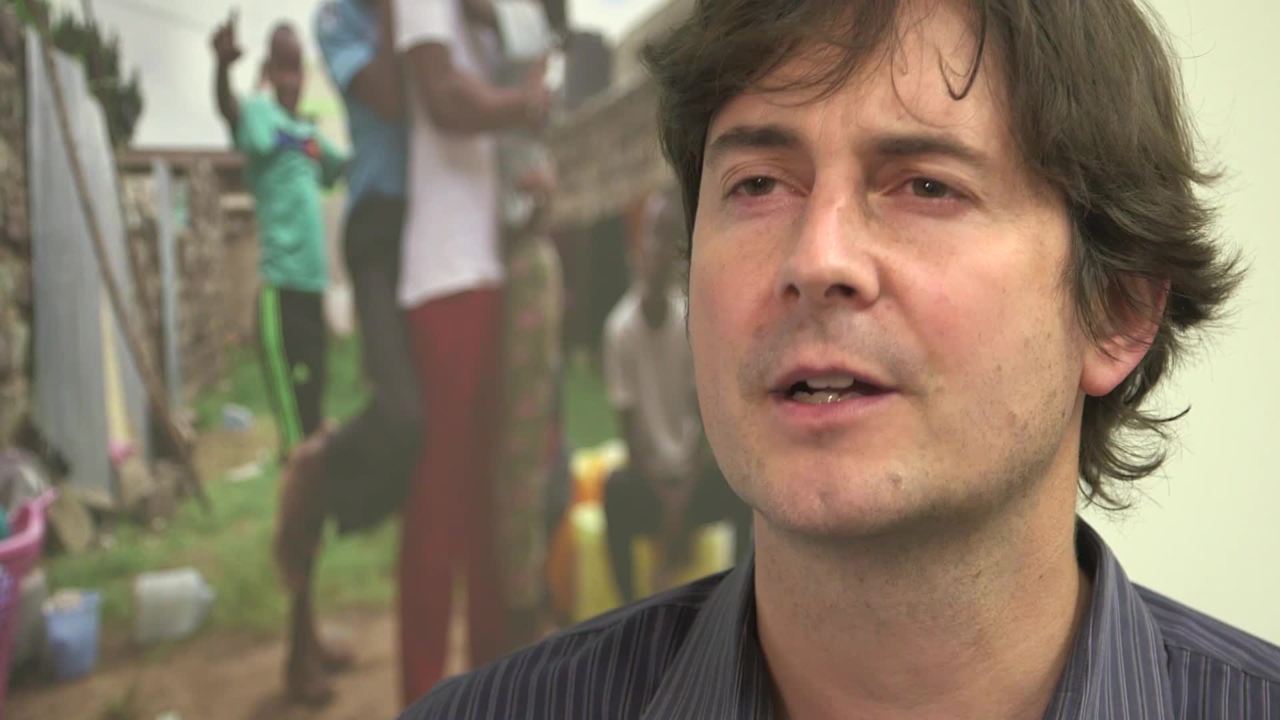 After World War II, we learned a lot about the needs of refugees. We actually learned that when they do not go home-- because some people will never go home, their homes have been ripped away from them, they've faced so much trauma and hardship and disaster, that home is no longer home-- what we learned is that we have to find ways for them to rebuild homes elsewhere, so they can find a new sense of home in a new country that they can belong to.

In Dadaab camp in Kenya, for example, there are over 10,000 people whose grandparents arrived there as refugees. They've been there for 25 years. And they have no rights to work, to really pursue any kind of life outside the camp.

That's how I got my start, by meeting with refugees here in Boston and helping them to rebuild their lives. And from those personal one-on-one contacts, I started learning about what their lives were like. And that led me into this whole world of refugees and has helped to shape and inform my life and give me a calling in my life. That's what we can do, number one.

Another thing we can do, when we get more specific, is that we can look for more opportunities for refugees to resettle to countries where they can rebuild their lives. Resettlement, if it happens in every country to which refugees have fled, even to a small degree, helps give people hope. It helps keep people there and not force them to risk their lives on the open seas.

Another thing that we can do is look for opportunities for refugees in their host countries. In this sense, we have to see, can they work? Can they move freely? Are there development opportunities for them to be integrated into so they can have opportunities of locals there?

These are things that are happening to a limited degree. We have to find those examples of where refugees are supporting themselves, where they are pursuing livelihoods. And we have to support those efforts to expand so that refugees can have hope and opportunity and can feel that there is some sort of future for their children.

There are many people who raise really good points over concern on refugees coming here. Can we support them? What about our own backyard? We have a lot of problems here. Why should we extend ourselves beyond our borders when we have so many problems that are unaddressed here? Those are totally legitimate concerns. But I think once you get into the details, they're unfounded concerns because refugees actually contribute much more than they take.

Our government has a refugee resettlement program in the US. Right now, 70,000 people can access that program. It looks like it will be a lot more. That's a good thing. We've actually seen that, economically, in the long run, it makes sense.

There have been studies that show that refugees, once they've settled and integrated, contribute economically much more than they take. They have regenerated and rebuilt depressed areas of cities across the country. We've seen even in refugee hosting countries that refugees who are given opportunities by those hosting countries actually contribute not only to support themselves but to the locals among whom they live.

Students explore the supporting question “How did the Angel Island Immigration Station both reflect and enforce borders within American society?”
Activity
Add to Collection

Students explore the supporting question “How does the history of immigration through Angel Island help us understand how we create and challenge borders today?”
Activity
Add to Collection

Students explore the supporting question “How did border enforcement at the Angel Island Immigration Station impact immigrants and their descendants?”
Assessment
Add to Collection

This 5-7 day C3-aligned inquiry explores the compelling question “How does the history of the Angel Island Immigration Station help us understand how borders are erected, enforced, and challenged?”
Collection
Add to Collection

This Mini-Lesson uses images and firsthand accounts of Haitian migrants to humanize the events happening at the US–Mexico border and give shape and nuance to the news.
More Like This Teaching Resources Learning & Events
The resources I’m getting from my colleagues through Facing History have been just invaluable.
— Claudia Bautista, Santa Monica, Calif