Scholar Joshua A. Fogel discusses the history of interactions between Japan and China.
Last Updated: April 8, 2022 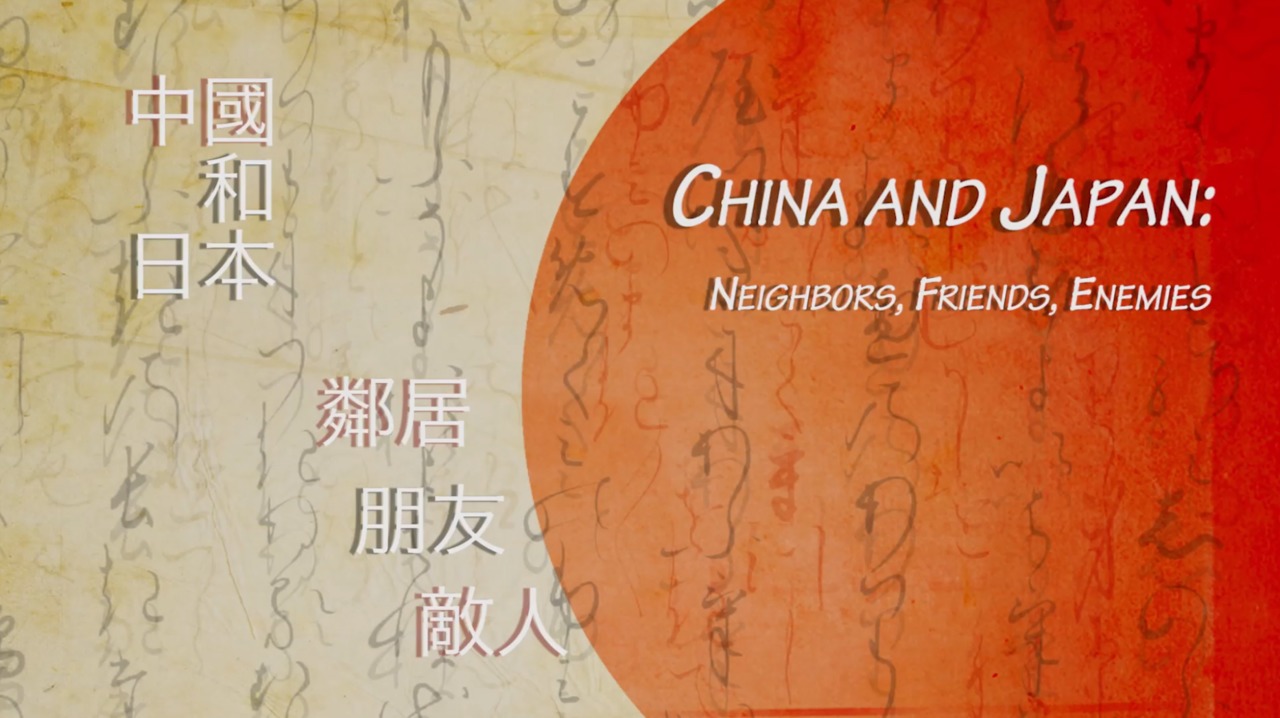 Because the disciplines of history tend to be national histories, people tend to be historians of Germany, or historians of France, or historians of Great Britain-- and that, I imagine that will work to a certain extent in modern history. But in earlier times in history, the borders are much more fluid-- they're different borders. And I often tell my students-- I think this is an interesting exercise-- if you can get a book of historical maps of a country like China, which has been around for thousands of years, and just flip through them, it's like the old cartoons-- you'll see China, its size gets bigger and smaller.

The China that you see today is not the China that was several millennia ago. In Japan, it's a little easier because it's an island country, but even Japan, the northernmost island wasn't part of Japan until a couple of centuries ago. History doesn't respect national borders. History is history-- it just does what it does, and if you just follow the national history of one country to the expense of another, where the countries are coming together, you're going to miss a fair amount of the picture.

The history of China and Japan together go back a long, long ways-- trade, diplomacy, and of course, cultural. And in those earlier years, the general flow is from China to Japan, and oftentimes that occurs-- in fact, most of the time-- via Korea. That meant, for instance, 1,000, 1,200 years ago, thousands of Japanese came to study in China. I mean, thousands. And it was dangerous, believe it or not-- now it's an overnight boat trip, but it wasn't the same thing 1,200, 1,000 years ago. These students were both secular and religious, coming to study in Buddhist monasteries or coming to study secular subjects. Then they would oftentimes go back to Japan and bring with them all the books and learning that they had acquired.

In the sixth and seventh centuries, Chinese cultural elements flowed more steadily into Japan than at any point prior. First, the Chinese script, kanji, provided the Japanese with their first written form of communication. Confucianism and then Buddhism followed shortly thereafter, and by the end of the seventh century, Buddhist culture formed the basis of Japanese lifestyle, arts, religion, and literature. Exchange between the two countries reached its peak during the eighth century, when Japan sought to absorb China's thriving and highly developed Tang culture and political institutions.

This would soon change. The Heian period in Japan saw a shift in power from the Confucian political system that mirrored China's to a system dominated by regional officials, aristocrats who ruled from the top down and left the emperor with merely symbolic power. Japan would move even farther from China's system in the 12th century, with the ascension of the samurai or warrior class.

For the most part though, the majority of people in either society would not have been aware of their roles in this cultural and political transmission until the countries' push to modernize in the late 19th century.

Even 150 years ago, 200 years ago, I think if you were to ask somebody, who are you? They would say, oh well, I'm a native of such and such a village. Well, what domain are you in? I'm sure many of them may not even know. Japan would have been a vague kind of cultural entity. Their first point of identity would have been the family, the village, and then slightly above that.

There's an old saying that heaven is high and the emperor is far away. In China too, though, your first point of reference is your local area, and then slowly but surely as time moves on, you might understand there are bigger entities. China was an empire. China, a couple of thousand years ago, was a fraction of its present size, but it slowly colonized south. It didn't have the language of colonialism and imperialism, but that's what it was.

The Manchu defeat of China would beget the Qing dynasty in the mid-17th century, which would rule China all the way until 1911. Japan simultaneously underwent a cultural closing-in under Edo rule, a program called the kokugaku, or national learning, sought to counterbalance traditional Chinese learning with studies of ancient Japanese writings and promoted indigenous ways of thinking.

Although contacts with the West were sharply restricted during the Qing and Edo periods, Western guns and Western ideas began to be viewed as increasingly inevitable and necessary to survival, especially in Japan. Efforts by the United States to open up trade by anchoring a fleet of gunboats in Japanese waters in the mid-19th century exposed the Japanese to the superior military power of the West, and would lead to a prioritization of strengthening the country's sovereignty against Western powers.

Nation-states are creations of human beings. They didn't fall out of the sky one day. China and Japan got to this nation-state business somewhat later because it was an invention of the Western world. And nation-states cooperating on developing ways to have state-to-state diplomacy, economic relations, treaties, all this kind of stuff-- the nation-state as equals, that's a relatively recent phenomenon. Japan came to the realization earlier, possibly because it had taken the contact with the West more seriously earlier, and reinvented itself as a nation-state.

Japan's movement into a more modernized system of government in which its people recognize themselves as contributing citizens of the country would take a turn in the early 1930s and foment a fervent nationalism. This would bring them to initiate war in China, and within the context of aggressive war, it resulted in one of the worst atrocities of World War II-- the massacre of thousands of Chinese women, children, and prisoners of war by Japanese Imperial Forces in the capital city of Nanjing.

The Japanese besieged the city on December 13, 1937, and committed widescale atrocities through the end of February 1938. Understanding the long history of nation-building in China and Japan sets the context for understanding the development of extreme nationalism and militarism in Japan. The Nanjing atrocities are only one result of this complicated relationship.

My sense is that, if you're interested as I am in the history of East Asia, then studying one country to the exclusion of the other-- now that might work if you're studying some distant province in China or some tiny part of Japan that's unaffected by forces from elsewhere in the world. But if you're looking at bigger issues, you ignore the other country and forces coming from outside at your peril.

Students identify their strengths and areas for growth in a journal reflection.
More Like This Teaching Resources Learning & Events
Using the strategies from Facing History is almost like an awakening.
— Claudia Bautista, Santa Monica, Calif