Students at a high school in Ohio raise awareness about bullying by mapping the spaces in their school where bullying takes place.
Last Updated: April 7, 2022 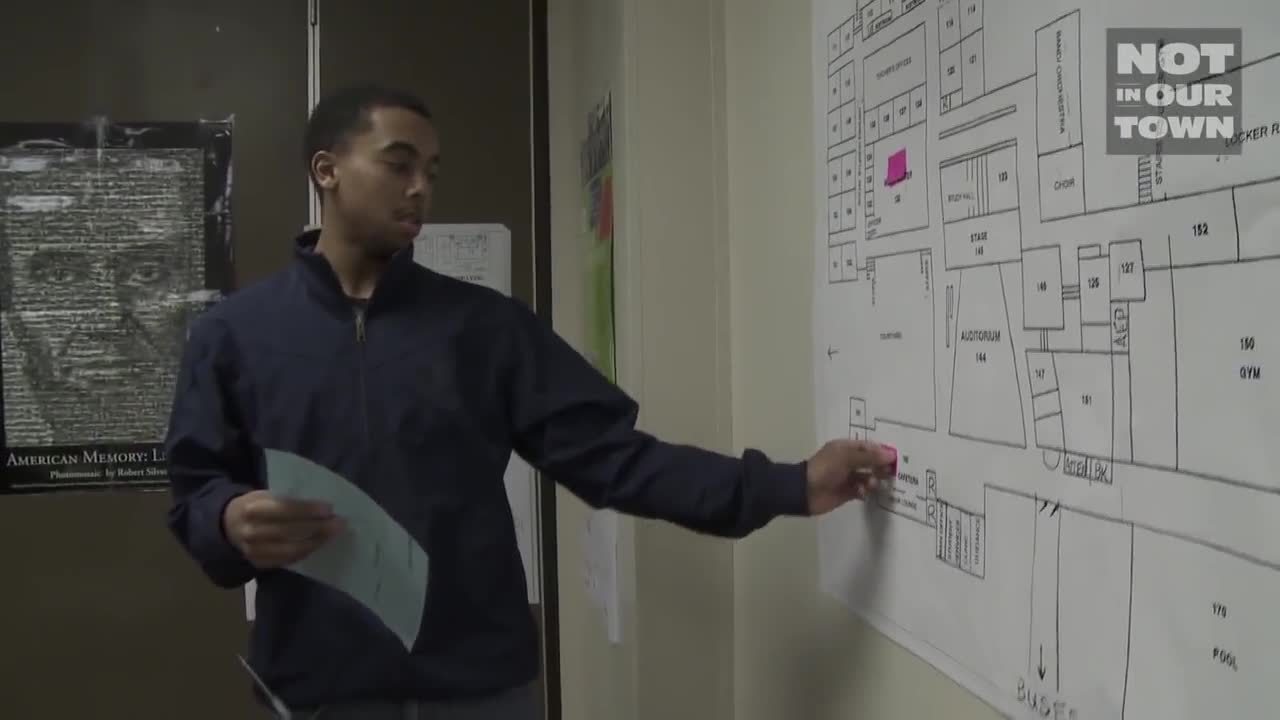 Pick a spot on the map, and you'll find a place where bullying is a problem. But on the outskirts of Cleveland in Pepper Pike, Ohio, students at Orange High School are seeking a way to create a safer environment. They're now mapping their school to locate the spaces where bullying takes place.

As you enter high school, the appearance of bullying changes dramatically. And it's not so outright. It's not so forward. A lot of it is behind closed doors.

There have been times with my friends that I've been excluded.

I think it's subtle things as in talking behind people's backs and getting teased.

So for the senior class, we had 48 who saw bullying in the media center.

To start the process of identifying bully zones, seniors passed out maps to all 760 students.

Well, good morning. My name is Giovanna for those who don't know me. And this is Jessica. And we're just coming from our history of democracy class trying to figure out where exactly you guys witness bullying because we just want to raise up bullying awareness around Orange High School.

So, you guys, take a look at these maps. Just look for spots where you've witnessed, like, trash talking, disrespect, any of those types of things. And circle them on your map.

Bullying is mostly in the locker room.

Which places did you choose as high bullying hot spots?

I chose the cafeteria.

Probably a lot in the cafeteria.

There's, like, always people saying mean things to each other.

Also sitting at different tables, people can be mean about it.

School should be a safe place. That's why the different areas and locations are important, so that we know that we can ensure that the students feel safe, feel comfortable, know that they're in a healthy, caring environment. I would rather things be out in the open. Be honest. Let's get it out. Let's talk about it, than try to hide it.

I got made fun of for my name because it doesn't sound American. So I was really quiet. I never really talked in school because I was scared I would be made fun of. And when you don't talk then you don't make friends. And it's a chain reaction. It just gets worse and worse when you get made fun of. You know, you lose your confidence. You dont want to speak to anyone.

So I guess doing this project really helps. Every time I see someone get bullied, I step in, no matter what age they are if I know them or not, it doesn't matter because I just think about how much I would have loved for someone to step in when I was getting bullied.

Once the mapping project was complete, the students decided to spread awareness about what bullying looks like. So they started to create a performance piece inspired by flashmob demonstrations they had seen on the internet.

And then I'll go off in disgust, and shut my phone.

We're going to do something with exclusions, since there's a lot of that. It's kind of like a, not so verbal, not so physical, but just a tension that you feel within cliques and outside of cliques and everything.

It's very subtle in the high school. In the lunchroom, a student will sit at a table. And then other students will take all the other chairs away from his table because they want to move to another table where there's not enough chairs. It's very subtle, but what it's saying to that student who's sitting alone with no chairs around the table is that you're not worth sitting with.

In the cafeteria during lunch, the students surprise the school with their interpretation of bullying.

Not in our school.

Not in our school.

It was almost like a flash mob, except it was about bullying instead of dancing.

I thought it had to be said, so I thought it was actually pretty smart to do it where everybody sees it.

Remember, it starts with you.

We're all just reaching out to each other. We all need to help each in our own way.

I think it's great when the whole school comes together and tries to fight against a problem like bullying, you know. It's a real serious issue we've got going down here in this school. And I think when we all come together and we all do something, it can really change the school.

I feel like we kind of made a movement, not a big movement but a small movement. Like, we started somewhere. And now we can finally get that message across that bullying is not cool.

So what do you think? You think you're empowered?

I feel like we've kind of come together more. If we stick together then we can at least help prevent some of it. We're not going to prevent all of it, but the goal is to prevent some.

After doing this, if we all just ignore what we did if we don't keep fighting, then it's all for nothing.

I learned what an upstander really means. There have been so many times where I've been somewhere and I could have stopped something or made something better, and I didn't. I think now I've realized that it really doesn't take that much to step in and say stop.

I've learned so much more from them than they've learned from me. I have learned that if you open the doors and allow students to have a voice in their school, that they will take it to the highest level they possibly can. They want to be in a safe environment. And they want to make a difference. They want to have an impact on their world.

--not in our school.

Teach about the 1963 Chicago Public Schools Boycott as an entry point as entry point for discussing the history of segregation in US northern cities.
Collection
Add to Collection

Incorporate these community-building routines into your lessons to set a welcoming tone, allow students to connect with one another, and encourage goal setting.
More Like This Teaching Resources Learning & Events
Using the strategies from Facing History is almost like an awakening.
— Claudia Bautista, Santa Monica, Calif