In this classroom video, a high school history teacher leads students in the construction of found poems based on their research about the eugenics movement in the early twentieth century in the United States.
Last Updated: January 28, 2019

A “found poem” is one that is created using only words, phrases, or quotations that have been selected and rearranged from another text. Writing found poems is a structured way to have students review material and synthesize their learning. 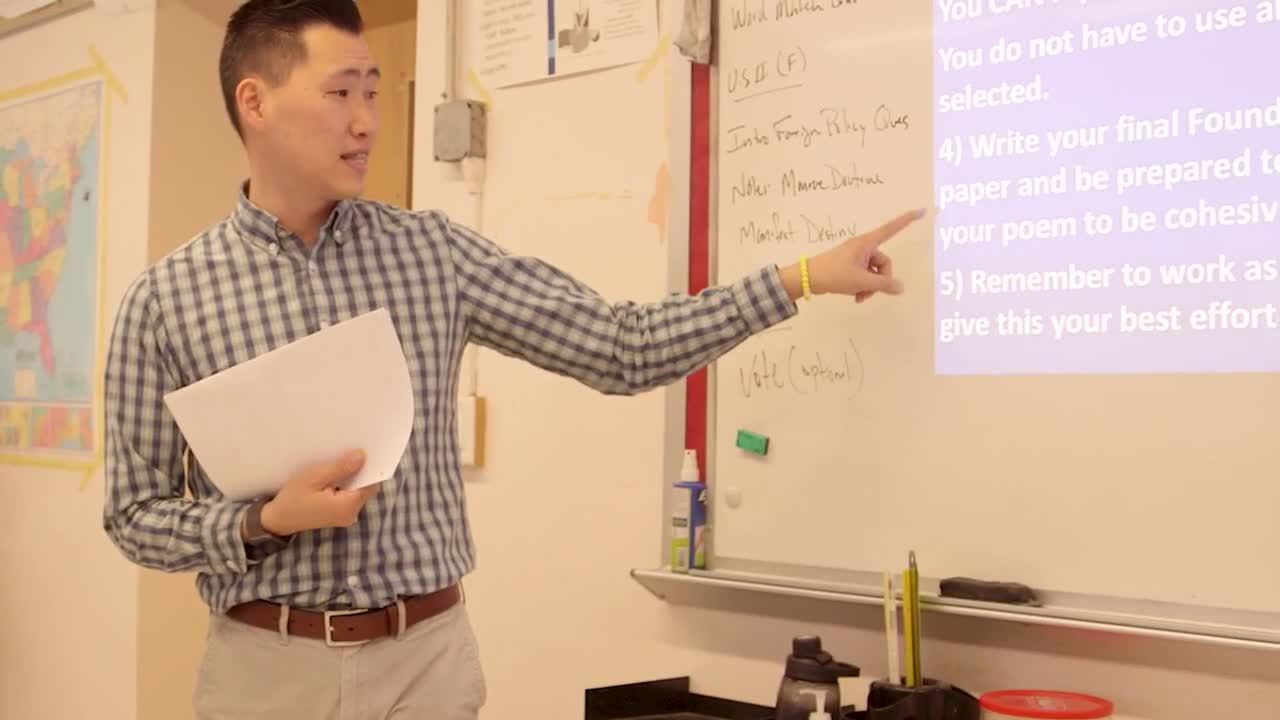