Refusing Passengers Aboard the St. Louis

US Ambassador to the United Nations Samantha Power explains how World War II and the Holocaust changed how we think about refugees today.
Last Updated: April 14, 2022 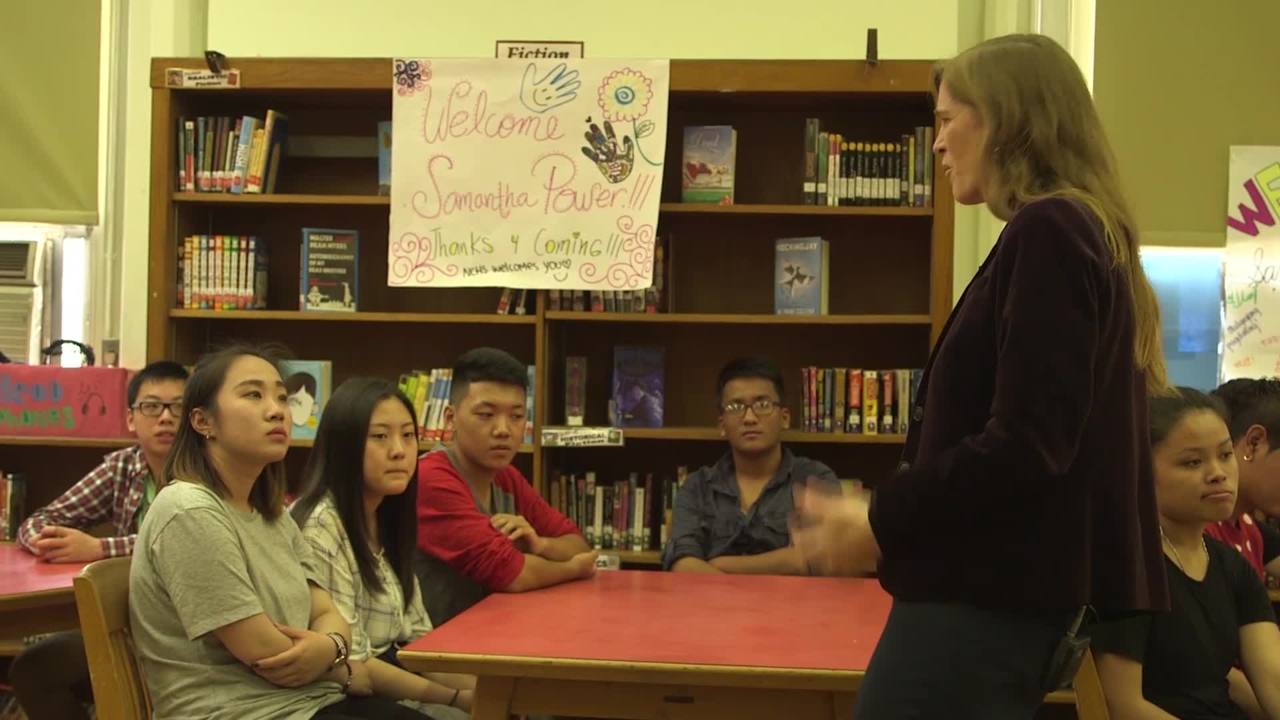 Did the World War II and the Holocaust changed how the United States of America and the world thinks about the refugees right now?

You know, we've had these periods in our country's history where we have closed our doors to refugees. So the best example, the most devastating example, is World War II when Hitler was exterminating the Jewish people. And the Jewish people were begging to be able to come into this country. And with a few exceptions, basically we weren't that interested. And we just pushed those people away.

And there's a famous case. You've probably read about the St. Louis, this boat that had all these Jews who were desperate-- again, these families who had no hope. If they went back to Germany or to Poland, they were going to be exterminated. But if they could just land on our shores, they may not be rich, they may be depressed. But at least they would be alive and have the chance to build their lives. And that ship was turned away.

So to me, the lesson of history is somewhat that the episodes like that, where we turn people away, later we become incredibly ashamed of. At the time, our fears-- now that you know, in that case it wasn't a fear of terrorism, per se. But a sense that these were foreigners, that they would be bad for the United States. So a sense that patriotism meant that you just have people around you who are like you.

And when we look back on that now with distance, we say, what were we thinking? How did we turn away the St. Louis? That was crazy.

So we're living in the present now, and we think, oh, OK, I get it. Because they're Syrians and maybe there will be a terrorist among them. But there's always some reason where one's fear can override just looking, again, as carefully as one can at who wants to come to the United States and making a judgment.

For those who are very moved by the plight of refugees, each of them will give you-- and you count yourselves among those, that number-- will give you a different account as to why they are moved.

And you'll see Jewish American groups in this country activated right alongside Muslim American groups. So even though it's not, quote unquote, my people who are being displaced, there is a sense of identification.

So I think it's significant. And I think when people hear that ghastly statistic, that more people have been displaced today than at any time since World War II, if you're the CEO of a company and you've been schooled and learned so much about the Holocaust and World War II, you say, well, gosh, that's of a different order. I now need to get involved in a new way. And we're seeing the private sector get involved.

In this Mini-Lesson, students sharpen their media literacy skills as they evaluate the impact of social media on their lives and question how we can manage social media’s harmful effects.
Activity
Add to Collection

This 5-7 day C3-aligned inquiry explores the compelling question "How do we reckon with a history full of complexities and contradictions?"
Unit
Add to Collection

Standing Up for Democracy

Designed for students in the United Kingdom, these lessons foster the critical thinking, mutual respect, and toleration necessary to bring about a more humane society.
Assessment
Add to Collection

Students culminate their arc of inquiry into the US founding by completing a C3-aligned Summative Performance Task and Taking Informed Action.
More Like This Teaching Resources Learning & Events
Using the strategies from Facing History is almost like an awakening.
— Claudia Bautista, Santa Monica, Calif