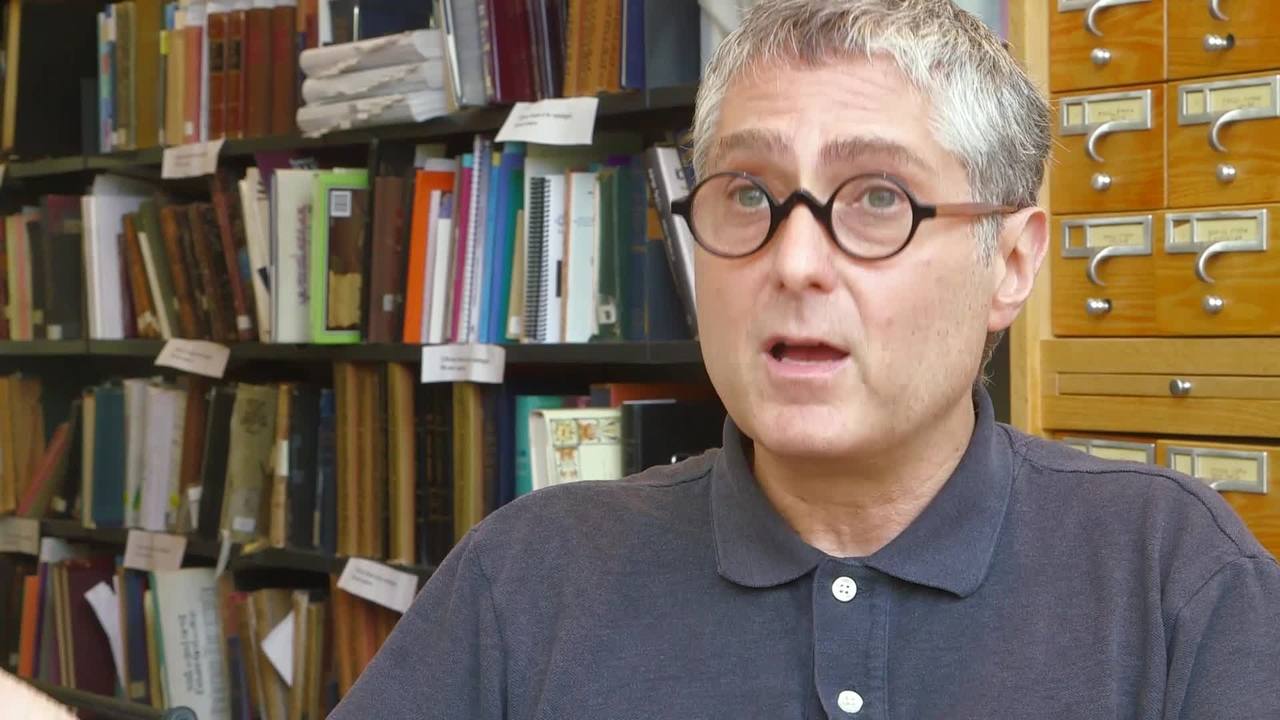 Usually when we talk about Jewish life before World War II, and especially in Poland, we're talking about the period between, end of World War I, beginning of World War II. And in this period, Poland has the largest Jewish population in Europe, and they are 10% of Poland's population.

And the circumstances of Polish Jews are very different from Jews in countries just to the west and just to the east. Jews in Germany are dealing with the rise of Nazism. And in 1933, when Nazis come to power, this whole series of antisemitic laws that are being enacted.

This is not how things play out in Poland. You can also look just to the east in the Soviet Union. Jews are living under communism. In order to understand how things play out for Jews in each of these countries, we need to know about those differences.

One of the things that is important for us is to think about the situation of Jews as a minority in Poland, and part of this means going back a little bit further in history. If we go back to the Middle Ages, Poland was this very big kingdom.

And at the end of the Middle Ages, the early modern period, Poland and Lithuania united and became one of the largest countries in Europe, and it was also one of the most diverse, in terms of religion, and ethnicities, and languages, and cultures, and one of the most tolerant.

And it was a place where Jews really thrived. In the 18th century, Poland was surrounded by three very powerful states that, as Poland became politically weaker, decided to take the country over. And they partitioned Poland.

They took a map of Poland, and they said Russia gets this part. Austrian Empire gets this part. Prussia gets that part. And Poland disappeared from the map. Of course, those people are still there. They're now living as the subjects of these different empires.

They redraw the map of Eastern Europe. There were treaties where nations of Europe get together, and a very important provision was made in these treaties to protect minority rights. Because each one of these countries had a core ethnic and also religious population.

Jews were minorities in all of these countries. So protections for minority rights were really important. Poland was one of the most diverse countries then. One third of the population weren't ethnically Poles.

Part of what's interesting about Jewish life in Poland, it's a remarkably diverse population. There is no single profile of the Polish Jew. Part of it is geographic. Increasingly, Jews live in big cities. They've been urbanizing for some time.

So you have a population that is, on the one hand, very, very connected with their neighbors in some respects. In other respects, lead a distinct life. And that is part of what makes it complicated, but really interesting, especially now Jews being citizens of the Polish Republic.

You could run for office. You could organize your own political parties. You also had obligations you didn't have before, like compulsory education, and military service. So all of this is very, very new. And figuring out how Jews fit in the mix of that was something new for Jews and something new for Poles.

So this is a really interesting generation. It's a generation that was born, sometime between 1910, 1920. So they're growing up in the interwar period. Unlike their parents, they have a whole new set of opportunities that being a citizen of a republic affords you. There are also new challenges that they face that their parents didn't have to deal with. Key issues are education and politics.

Coming out of the political party, something that's very important for young people are youth movements. This is part of a larger flourishing of youth culture in Europe, and the youth movements provided a wide range of activities. And what's key to all of these, whether they were religious, or secular, or what have you, is they're creating a whole new form of cultural transmission, that children were getting their cultural orientation less from parents, and more from their peers in the youth group.

And so, this is a very important shift in authority and in a sense of community and a sense of belonging that also really didn't exist for Jews in this part of the world before World War I.

If we look at them on their own terms, we will bring an important corrective to the way we tend to talk about life before the war, talk about the pre-Holocaust period, or the interwar period. That's not a way people living in Poland talked.

People aren't living before the war. They're living their lives. They're planning for their futures. Polish Jews aren't obsessed with what's going on in Germany. Germany is Germany. We're in Poland. Not our problem. We have issues to deal with. That's not our problem.

And it isn't really until very shortly before the war begins that the idea that Germany is going to invade Poland is on anybody's horizon. So when we look at this period of Jewish life in Poland in the 1920s and the 1930s, on its own, we will see things differently in some important ways than the way we often will encounter them in post-war narratives.

Educators will Introduce students to the concept of inferencing and then help them develop their inferencing skills.
Mini-Lesson
Add to Collection

Get resources for addressing troubling antisemitic incidents persisting around the world today with your students.
Teaching Strategy
Add to Collection

This teaching strategy invites students to think about the “tools” they have access to that can help them take care of themselves and their community in the wake of traumatic news.
Teaching Strategy
Add to Collection

Connecting the Past to the Present Using Oral History

This strategy helps students engage with oral histories in order to deepen their understanding of how past events impacted individuals and communities, and to gain new perspectives on the present.
Teaching Strategy
Add to Collection

Use this graphic tool to help students consider the many factors that shape their own identity and that of groups, nations, and historical and literary figures.
Teaching Strategy
Add to Collection

Students seek out and share ideas and information with classmates through this cooperative learning strategy.
More Like This Teaching Resources Learning & Events
The resources I’m getting from my colleagues through Facing History have been just invaluable.
— Claudia Bautista, Santa Monica, Calif