Students examine sources that shed light on the underlying causes of the outbreak of World War II in Asia.

In this lesson, students explore primary and secondary sources that shed light on the underlying causes of the outbreak of World War II in Asia. Students examine the rise of Japanese Pan-Asianism, militarism, and ultranationalism, and the racial and imperialist ideologies underpinning them. They also consider Japan’s needs, as a rapidly industrializing country, for China’s natural resources, and its increasingly isolationist stance after what it perceived as mistreatment by imperial Western powers and in the League of Nations. Taken together, these sources give students insight into the complexity of the factors that led to the outbreak of war and provide a framework that will help students prepare to investigate the Nanjing atrocities in the next lesson.

How do nations create their identities by separating “us” from “them”? How might a sense of nationalism built around such ideas contribute to the outbreak of war, the dehumanization of enemies, and the perpetration of atrocities?

Students will understand the underlying causes of Japanese imperialism and wartime aggression, including the rise of militarism, ultranationalism, and isolationism.

In 1895, a year after the end of the first Sino-Japanese War, writer Lafcadio Hearn recounted:

The real birthday of the new Japan . . . began with the conquest of China. The war is ended; the future, though clouded, seems big with promise; and, however grim the obstacles to loftier and more enduring achievements, Japan has neither fears nor doubts. Perhaps the future danger is just in this immense self-confidence. It is not a new feeling created by victory. It is a race feeling, which repeated triumphs have served only to strengthen. 1

Japanese imperialism was not simply about increasing the nation’s territory. It was also fueled by a strong ideological sense of mission and racial superiority. These ideas were captured in a word widely used at the time but rarely heard today: Pan-Asianism. Advocates of Pan-Asianism in Japan believed that they were expanding their empire in order to liberate Asian territories from Western imperialism. 2 In the minds of many Japanese, expanding their empire into other Asian regions was somehow different from that sort of imperialism. They thought of their ambitions as bringing their Asian brethren together.

As was the case with many other imperial powers at the time, such differences were often framed in a language of racial, ethnic, and cultural superiority. Many Japanese nationalists, for instance, claimed that Japan’s rapid and successful modernization was a testament to the nation’s superiority and signaled Japan’s rightful place as the Asian leader in the region. Some believed that a necessary ingredient in furthering the expanding Japanese empire was to separate and distinguish themselves from neighboring China, despite the fact that a great deal of Japanese culture is rooted in traditions from China.

Despite the embrace of imperialist ideology in Japan, the country’s territorial expansion across East Asia unfolded gradually. Korea became a Japanese colony in 1910, and with the death of Emperor Meiji in 1912 and the ascension to power of his first son, Yoshihito, Japan’s Taisho era (1912–1926) began. In the midst of this transition, World War I broke out in Europe during the summer of 1914. Japan declared war in August 1914 and immediately sent troops to fight German forces in German colonial territories in China, including Qingdao (Tsingtao), points in Shandong, and German-held islands in the Pacific. Japan also sent naval ships to assist the Allies in the Mediterranean.

With European powers focused on the war effort, Japan in 1915 presented China with a diplomatic ultimatum known today as the Twenty-One Demands. Failing to agree to them, the Japanese threatened, would result in more war. With the political support and negotiating muscle of Great Britain and the United States, most of the demands were ultimately rejected by Chinese leaders, yet they still took a toll, further fracturing an already fragile republican government. Japan’s demands marked a new chapter in the nation’s growing militarism and expansionism. With the outbreak of World War I, Japanese manufacturing and trade experienced a tremendous boom as many domestic industries filled a large gap left by Europe’s devastated markets. As Japan’s economic prosperity grew, so did its population. In 1900, Japan’s population was 45 million. By 1925, it had reached 60 million, with the majority residing in cities rather than in the countryside.

This rapid population growth stretched Japan’s natural resources and food supplies, propelling the country’s leaders to look beyond the nation’s shores to meet domestic needs, including raw materials and space to settle for the growing populace. Ultranationalist groups within Japan’s government, military, and civilian population also advocated for the expansion of Japan’s territory to meet resource needs and to fulfill their imperial and ideological ambitions. 3 By the early 1920s, fearing China’s political consolidation as a possible regional rival, Japanese militarists and ultranationalists pursued an even more aggressive policy toward China. The ultranationalists and militarists demanded that Japan’s imperial forces prevent the Chinese nationalist government from controlling Manchuria, a Chinese territory where Japan held substantial commercial and political interests. By 1928, Japan’s militarist prime minister, Tanaka, sent troops to China. To him and his followers, expanding into Manchuria made sense politically, as additional territory would help ease Japan’s raw material shortage and offer a place to reside for the growing population.

With the Chinese government severely destabilized by the escalating conflict between the Chinese Communist Party and the Nationalist Party, Japanese Imperial forces capitalized on that vulnerability and successfully occupied the Manchurian city of Mukden (Shenyang) and the whole of Manchuria (in China’s northeast) by 1931. This marked the beginning of nearly a decade and a half of Japanese territorial expansion into the Asian mainland and is known by some Chinese as the start of the war of resistance to Japanese invasion that lasted from 1931 to 1945. For others, the occupation of Manchuria stands as the precursor and sets the stage for the outbreak of World War II in China.

This lesson asks students to define the term Pan-Asianism after watching a video that introduces the concept. Students may need extra support to learn and retain this term. As a substitute or in addition to watching the video, you might want to provide the following definition for students and place it on a Word Wall that they can revisit throughout the unit.

If you have graded the caption for the Imperialism Cartoon students investigated in Lesson 1, return it to students. If you did not collect the cartoon, ask students to retrieve it. Review the following concepts with students:

Japanese Pan-Asianism is based on two contradictory beliefs. On the one hand, the Japanese argued that their expansion into other parts of Asia was for the greater good of their “Asian brothers” and justified their actions by distancing themselves from Europeans. At the same time, the Japanese invoked ideas of racial and cultural superiority that had justified Western imperialism in Asia in a previous era.

This is the handout that students use throughout the Japanese Imperialism and the Road to War lesson plan.

This is the video that students use in the Japanese Imperialism and the Road to War lesson plan.
Video
Add to Collection

Professor Rana Mitter explains the origins of the Japanese Pan-Asianism. 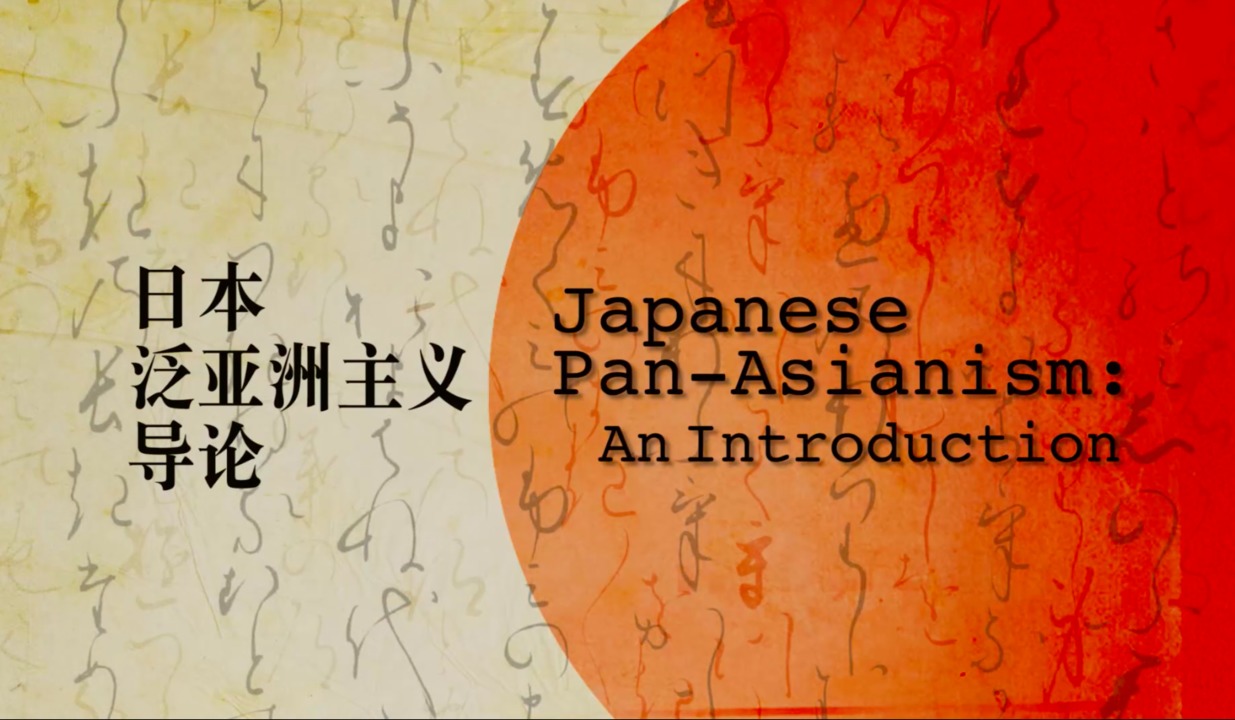 The Outbreak of World War II in East Asia Documents

Students investigate these primary and secondary sources in order to understand the underlying causes of the outbreak of World War II in Asia.

Western Imperialism and Nation Building in Japan and China

Students are introduced to the history of Western imperialism in East Asia and its influence on the identities and ambitions of Japan and China.
Previous
Lesson

Students confront the enormity of the crimes committed during the Nanjing atrocities by listening to survivor testimony.
Next

Explore the motives, pressures, and fears that shaped Americans’ responses to Nazism and the humanitarian refugee crisis it provoked during the 1930s and 1940s.
Lesson
Add to Collection

Justice and Judgment after the Nanjing Atrocities

Students explore the complexities of achieving justice in the aftermath of mass violence and atrocities as they learn about the Tokyo Trials.
Lesson
Add to Collection

The Nanjing Atrocities: The Range of Responses

Students analyze the spectrum of choices available to individuals, groups, and nations during the Nanjing atrocities.
Lesson
Add to Collection

Western Imperialism and Nation Building in Japan and China

Students are introduced to the history of Western imperialism in East Asia and its influence on the identities and ambitions of Japan and China.
More Like This Teaching Resources Learning & Events