The Evidence Logs strategy provides a place where students can centralize and organize evidence they collect over the course of a unit. This video shows how this strategy can be used to prepare students for a Socratic Seminar. 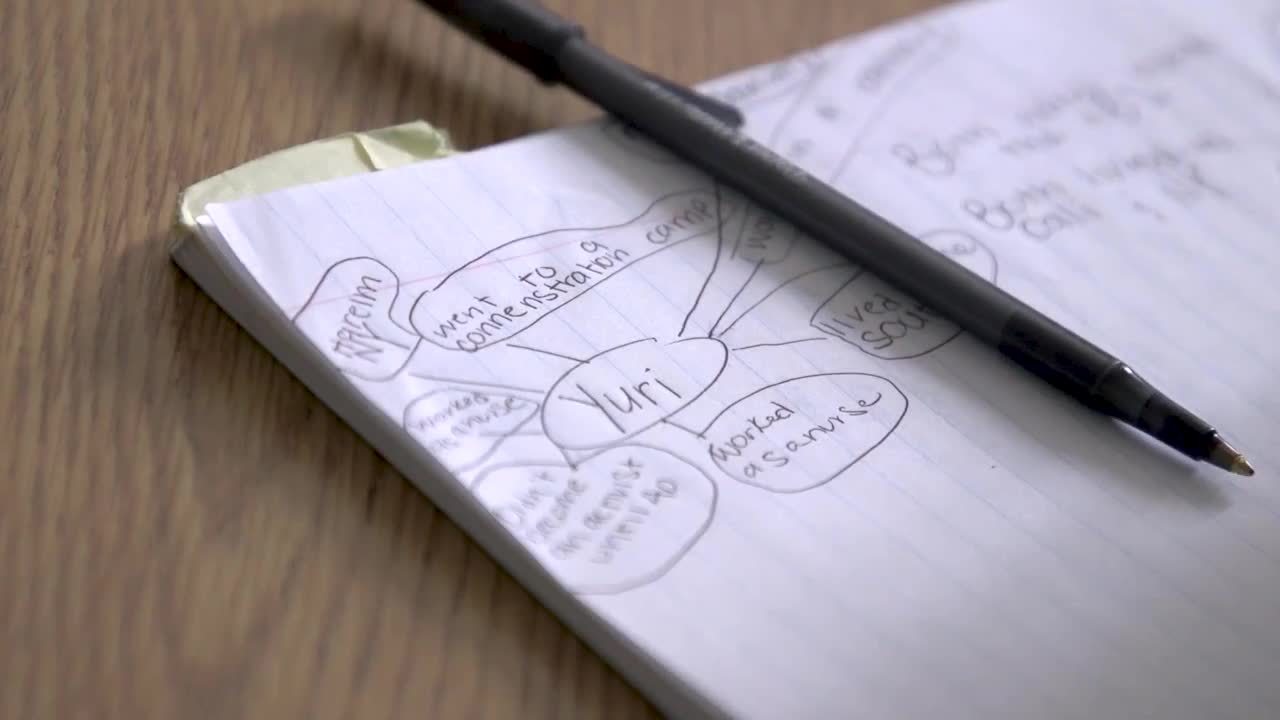 [ELENA MAKER] We started those evidence logs in the middle of September, really, when we started presenting-- they each had to present about one of the civil rights leader's to the rest of the class and teach them. So they started then. They've been working through them all of October. And so here we are, we've got the evidence log complete. Want to go back. And like I said, I really had to push them to find the quotes. So even though they had the evidence log, they also needed an additional structure for the Socratic seminar that was specific to here, what are the four quotes that you're going to use, what are those points going to prove, and what is your thesis statement. In your civil rights log, we've got another row to fill out. This one's for Yuri. Find specific evidence. That is your goal. So we have two articles from Thursday and from Friday. We have the documentary yesterday. What are specific evidence that you could add for what she fought for or how she fought? [STUDENT 1] OK, so what are we supposed to be looking-- like, I know we're supposed to look for some quotes, but-- [ELENA MAKER] Well, so if we go out to these categories, we go up to the top. So what did they fight for? How did they fight? What were the results? So there are any quotes that would support what she was fighting for or how she fought for it. Great. So now I want you to find quote that talks about her fighting. So go to the readings that we did on Thursday and Friday. Has anyone found a quote for any one of these categories, for what she fought for or how she fought or the results? [STUDENT 2] It said, Kochiyama pushes us to fight against racism and polarization, learn from other's struggles, and also understand national liberation struggles that ethnic groups need their own space. [ELENA MAKER] Excellent. So what is that quote saying? That's a terrific quote, full of-- what is that saying? What is polarization? Polarize. What does it mean to be polarized? [INTERPOSING VOICES] [STUDENT 3] Negative solutions. [ANTHONY] To be north or south, magnetized. [ELENA MAKER] Good. North and south are opposite, Anthony, right? So it means to be opposite. So Anthony, that's a good point. She is talking about how different groups shouldn't be polarized. They shouldn't see each other as opposites but rather that they can work together, in the first part of the quote, right? So now wants to break that quote down. So she's found a quote. It's a great example. LJ, did you find a quote too? [LJ] Yeah. [ELENA MAKER] What was your quote? [LJ] Kochiyama's work extended to other issues of social justice. In 1969, Kochiyama joined the Young Lawyers Party of Community, a political action group for Puerto Rican independence. [ELENA MAKER] Excellent. And which category did you put that in? [LJ] What did they fight for? [ELENA MAKER] Great. And what does that quote show about her? [LJ] Like how she fought for social justice. [ELENA MAKER] And not just for Japanese Americans, right? She joined other fights as well. Excellent. So we're really talking here about the link between identity and action. From my perspective, it helps me frame what we're doing. Because you can take a lot of notes. But if there's no structure to those notes, it feels harder to navigate them. And for me, it helps because we have a finite end in sight. So this is the amount of information that we need and then can fill it in over time, knowing that we're working towards a completion point.