"Rising Out of Hatred" author, Eli Saslow, talks about the rise of antisemitism and white nationalism in the United States.
Last Updated: April 11, 2022 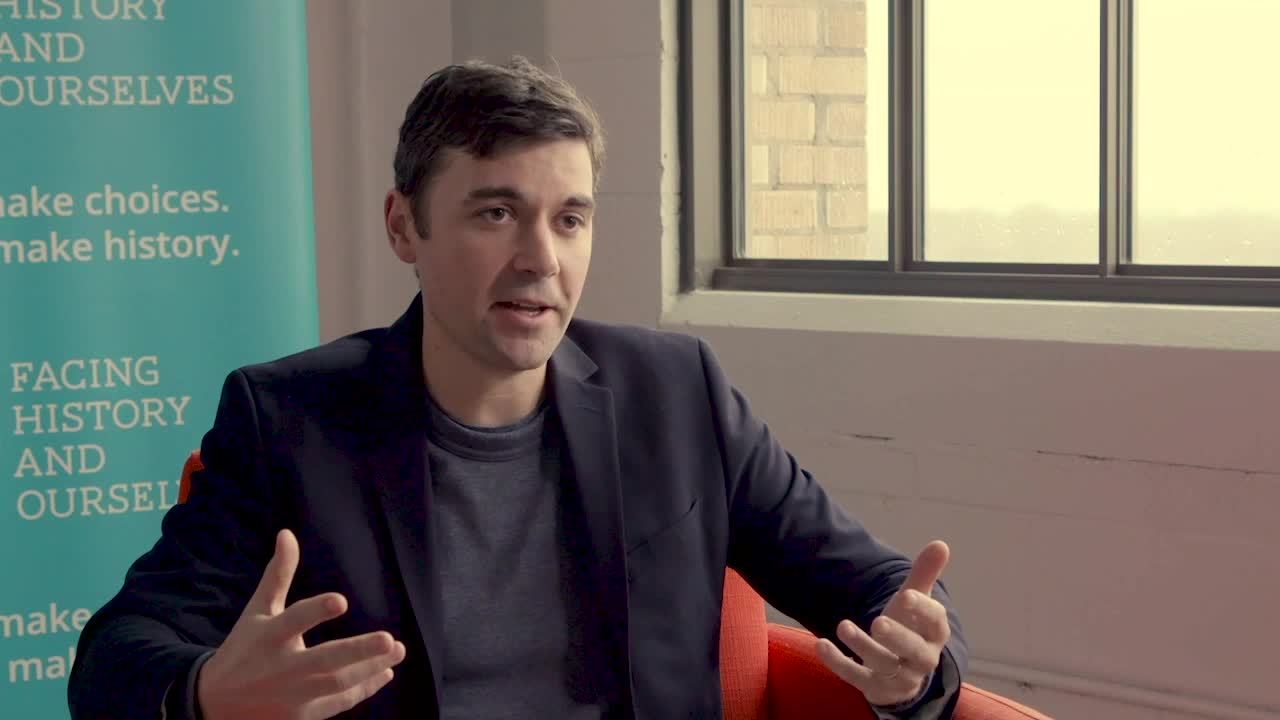 I think that we comfort ourselves sometimes as a country by thinking that these really dangerous, racist, antisemitic ideas are held by just a small number of fringe extremists, by just people like David Duke or Don Black or Klansmen or neo-Nazis. The truth is not only is Stormfront a pretty big community, a community that sometimes has 20,000 or more visitors coming to it over the course of a month, but to me much more scary is the fact that, even though it's factually inaccurate, a false sense of white grievance still exists in large parts of America. Polls consistently show that about 30% of white people in this country believe that they experience more discrimination, more prejudice than people of color or Jews, which is wildly off-base by every statistical measure, every historical marker, everything that we have.

That's wrong, unequivocally wrong. But the fact that many white people believe that, it means that these racist or antisemitic ideas still have real purchase. They have real power in a huge part of the country if they're marketed in a different way, if these white supremacists are able to scrub their ideology of its really real history of bloodshed and instead talk about things like isn't it too bad that we have globalists in control in so many places, isn't it too bad that there are so many Jews in Hollywood, don't you think it's a bad thing that we now have all these signs in Spanish in the country, shouldn't we have more people coming into the country from Norway and Sweden and places like that.

And if they start talking about those ideas in those terms, they connect with a much wider audience in this 30% of America that feels disenfranchised in factually incorrect ways. And that, I think, is the real risk to the country and to where we're going. It's not that Stormfront is going to take over, but it's that their ideas have a real long pole in the United States because we have a problematic history and white supremacy, unfortunately, is endemic to what the country has been and what it is. And if they can market it to that, it gives them a lot of power.

These activities are designed to help students reflect on the devastating attacks in Christchurch, New Zealand.
Mini-Lesson
Add to Collection

This Teaching Idea is designed to help students reflect on how the movies, shows, and books we consume can reinforce stereotypes about Muslims and the harmful impact stereotyping has on people's lives.
Mini-Lesson
Add to Collection

Acts of Hate in Schools

Students learn about the overall rise in acts of hate in schools and examine a story that illustrates how acts of antisemitism, racism, and other forms of hate can overlap.
Collection
Add to Collection

Students reflect on how they consume and share information they encounter, how antisemitism is spread online and the potential consequences of being exposed to antisemitic content.
More Like This Teaching Resources Learning & Events
Most teachers are willing to tackle the difficult topics, but we need the tools.
— Gabriela Calderon-Espinal, Bay Shore, NY