Dr. Hong Zheng Reflects on his Earliest Memories of the Second Sino-Japanese War

Dr. Hong Zheng reflects on his earliest memory as a five year old during the Second Sino-Japanese War when Japanese airplanes dropped bombs around his village, forcing his family to seek shelter in an air raid shelter.
Last Updated: April 8, 2022 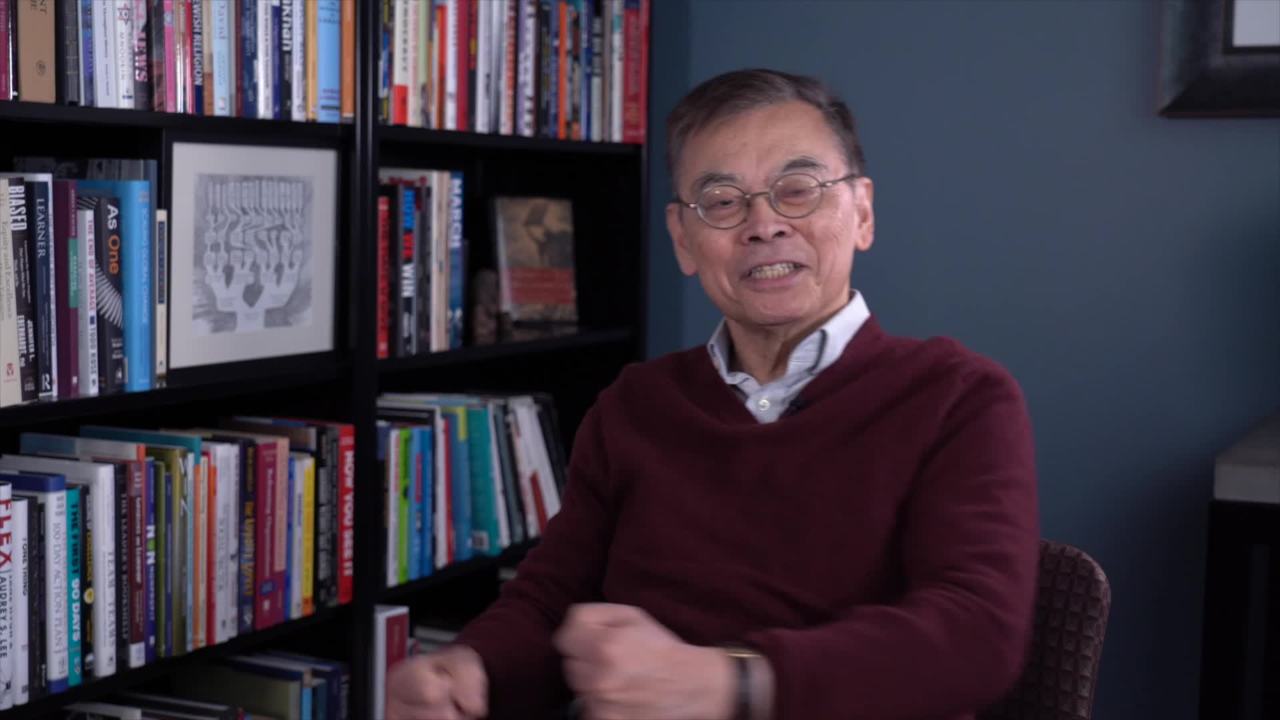 But the first time I sensed there was a war was when I was five, when I heard alarms. In those days, somewhere in a station, they set up a trumpet, yell it out for everybody. There's certain number of Japanese airplane arriving. They're coming within the viewing distance.

I was out of our house, and I looked. And I saw maybe 20 airplanes flying through the sky to my east. I was fascinated. I never saw anything, aside from birds, flying, and never that high. And then they become more of a spectacle.

I lost myself, standing there, dazed, enjoying the scene. And then my family came and grabbed me and say, come and hide, come and hide. I didn't understand what was going on. They pushed me down to under the bed. And then in a few minutes, I heard the roar of motors.

So we ran out. There was a air raid shelter not far away. So I was running as fast as I could, run out of my breath. But then I heard the airplane motors roar again, coming back. And my family member told me, lie down, lie down. We all lie down.

And they flew over. Fortunately, we were not hit. Then after they flew over us, I was able-- we were able to run to the airplane shelter. And then someone said that if a bomb dropped on top of us, the air raid shelter would not be able to hold it. We would be all buried. So I certainly realized the meaning of death at that point.

Explore the motives, pressures, and fears that shaped Americans’ responses to Nazism and the humanitarian refugee crisis it provoked during the 1930s and 1940s.
Lesson
Add to Collection

Students examine sources that shed light on the underlying causes of the outbreak of World War II in Asia.
Lesson
Add to Collection

Justice and Judgment after the Nanjing Atrocities

Students explore the complexities of achieving justice in the aftermath of mass violence and atrocities as they learn about the Tokyo Trials.
Lesson
Add to Collection

The Nanjing Atrocities: The Range of Responses

Students analyze the spectrum of choices available to individuals, groups, and nations during the Nanjing atrocities.
More Like This Teaching Resources Learning & Events
Using the strategies from Facing History is almost like an awakening.
— Claudia Bautista, Santa Monica, Calif