Designing Destruction: The Holocaust in the German-Occupied Former Soviet Territory

Joshua Rubenstein, associate at Harvard's Davis Center for Russian and Eurasian studies, describes the gradual evolution of Hitler's master plan for the "Jews of Europe" and how this unfolded within German-occupied Soviet territory.
Last Updated: April 8, 2022 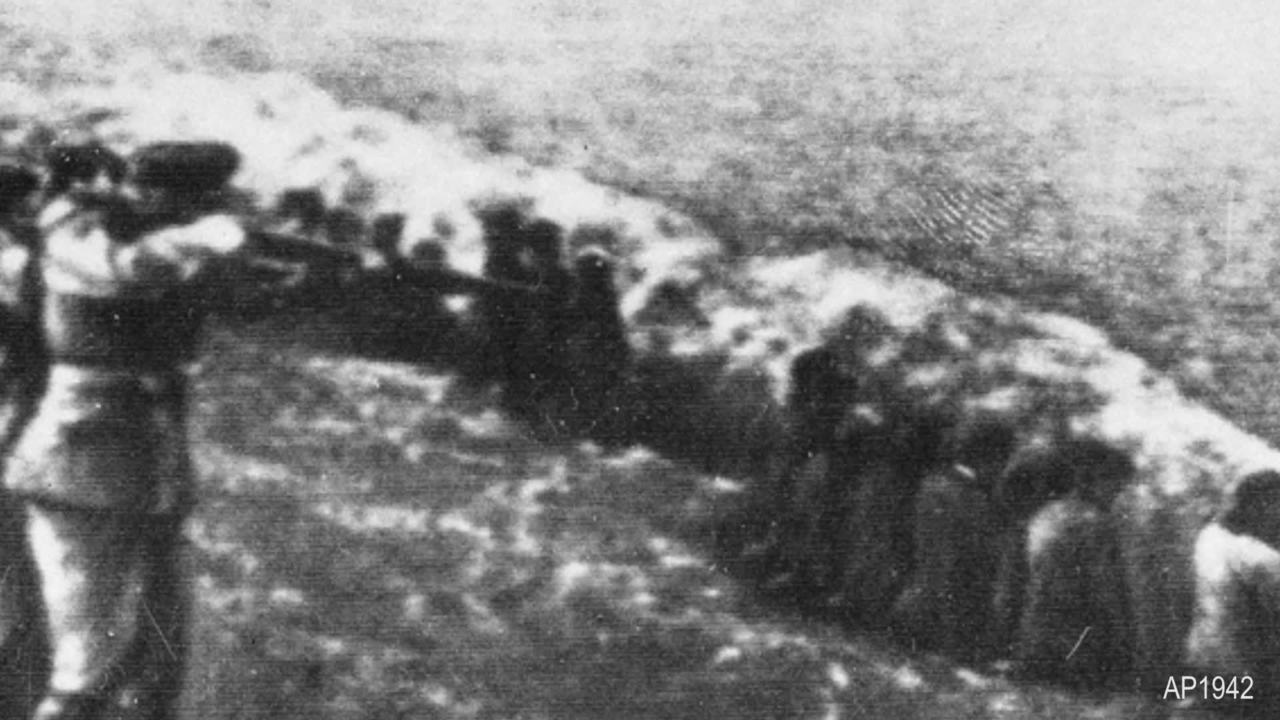 The Nazi Holocaust against the Jews of Europe didn't start at Auschwitz.

It didn't start at any of the now-infamous industrialized death camps of Poland.

Hitler and his high command didn't wake up one day in the early 1930s and announce that they were going to exterminate six million people all by themselves. The process was gradual. Nazi armies invaded and occupied territory after territory, country after country. Methods for killing evolved over time. And intentions for murder on a massive scale were revealed only after almost all of Europe was occupied, and the German army invaded the Soviet Union.

Historians will always debate when the Germans, when the Nazis, made a definitive decision to exterminate the Jews of Europe. Certainly there was a concerted antisemitic policy toward German Jews from the moment that Hitler came to power in January of 1933. They systematically were excluded from civil society. They were deprived of their civil rights, of their equal standing under law. There were boycotts. There were restrictions on Jews marrying non-Jews. And then, of course, there was the terrible violence of Kristallnacht, when Jewish community centers, synagogues, were attacked throughout Germany and Austria. And this got world headlines, including in the Soviet press.

There was even some discussion in Nazi circles to send the Jews of Europe to Madagascar, which was a French island colony off the eastern coast of Africa. There was talk of creating a kind of reservation in southeastern Poland in the Lublin area, where the Jews of Europe could be sent and restricted. Nothing came of that.

From 1933 to 1939, the Nazis slowly took steps to take control of Europe. They rebuilt the German economy, bolstered German national identity, seized Austria and Czechoslovakia, and carried out a massive propaganda campaign against the Jews. All to prepare the ground for an all out war.

Between 1939 and 1941, the Nazis pushed eastward. In 1939, they invaded and captured western Poland, taking control of over two million Jews. In 1941, the Nazis invaded the Soviet Union, capturing several million more Jews.

In many cities, the Nazis corralled the Jews into closed urban areas, or ghettos. These were places where Jews were forced to live apart from the rest of society in deplorable conditions.

But even after the invasion of Poland and the establishment of the large ghettos in Warsaw and in Lodz, this was still not the start of systematic mass killings. We do believe that between '39 and '41 as many as 50,000 Jews died in Poland, from starvation, from exposure, from random shootings. But this was not systematic killing.

Systematic killing would come with the German invasion of the Soviet Union in 1941.

The invasion, called Operation Barbarossa, was the largest German military operation of World War II and a defining moment for the surprised and unprepared Red Army.

Within weeks, the Germans overran Soviet defenses and captured major Soviet cities. This was the beginning of the mass murder of the Jews, as well, on the Eastern Front.

In the months leading up to Operation Barbarossa, the German invasion of the Soviet Union, Hitler began to explain to the German high command that the war on the Eastern Front would be totally different from the war in the west, the war on France and the Netherlands, on Belgium, even fighting England. This would be total war. The Geneva Conventions would not apply. Anybody seen as resisting the Germans, civilians included, would be immediately killed. And Jews would be rounded up and killed. These were their instructions.

And at the same time, by the spring of 1941, the Germans organized four shooting units called the Einsatzgruppen, mobile killing units that would follow the Wehrmacht, the German army, into Soviet territory with the express, explicit goal of rounding up Jewish men, women, and children and systematically killing them in open-air massacres. So this was really the beginning of mass murder.

Keep in mind, Treblinka was not operating. Auschwitz was just being constructed. Between June of 1941 and the end of December 1941, in those initial six or seven months of the war in German-occupied Soviet territory, the Einsatzgruppen killed about a million Jews. So this is the true beginning of the murderous dimension of the Holocaust.

Imagine what it would take to kill all of those people without using a bomb. That's what the Germans did day in and day out throughout the occupation of the Soviet Union until the Red Army drove them out in 1944.

The Red Army finally halted the German advance on the outskirts of Moscow in December 1941. The Soviet capital was never captured. But the German army continued to advance deeper into Soviet territory before it was stopped at Stalingrad in February 1943. Wherever the Wehrmacht captured cities and towns, mobile shooting units rounded up and murdered the Jews.

In January of 1942, the German high command and the leaders of the Nazi party had a daylong conference at a villa outside of Berlin, in Wannsee, to discuss their plans to exterminate the Jews of Europe, and how they would carry out the systematic killing by bringing the Jews to killing centers at Auschwitz and later Treblinka. So for many people who have a superficial understanding of the Holocaust, this is seen as the first step in the outright plan of mass murder. But in fact, they had already killed nearly a million Jews in German-occupied Soviet territory in these open-air massacres.

So what changed is that the Germans understood they could not carry out such massacres in the West, in Germany. They wanted to confine that killing to Poland.

Which, first, had three million Jews also, already there, physically there. And so it would be easier to bring the victims from Germany, from France, from Belgium, from Holland, Czechoslovakia, to these killing centers in Poland. And that's what the Wannsee Conference was about.

There's a famous map that one of the Einsatzgruppen commanders supplied to the conference at Wannsee, a map of the Baltic states, of Belorussia, that says, how many we've already killed, and that Estonia is already Judenfrei. Estonia was officially the first place that the Germans declared was Judenfrei-- free of Jews. We've killed them all.

So it's yet one more piece of evidence of this step-by-step expansion of their planning and of their killing.

And so this aspect of the Holocaust is especially important for those of us in the West who are oblivious to the brutality on the Eastern Front. That, for most people, when they think of the Holocaust, they think of Jewish families like Anne Frank's, who were captured, put on trains, taken to Poland, and killed there. And that's only one part of what happened.

Help students strengthen their civic voices by exploring examples of individuals who are choosing to participate and make their voices heard in their communities.
Collection
Add to Collection

Explore the origins and history of prejudice and discrimination against Jews with the resources in this collection.
Lesson
Add to Collection

This collection of resources is designed to help educators integrate the study of traditional and contemporary antisemitism into their efforts at combating prejudices and stereotypes in the classroom.
Mini-Lesson
Add to Collection

Acts of Hate in Schools

Students learn about the overall rise in acts of hate in schools and examine a story that illustrates how acts of antisemitism, racism, and other forms of hate can overlap.
More Like This Teaching Resources Learning & Events
Using the strategies from Facing History is almost like an awakening.
— Claudia Bautista, Santa Monica, Calif