Custom and Conscience: Margot Stern Strom reflects on growing up in Memphis, TN in the 1950s

Margot Stern Strom, the founder and President Emerita of Facing History and Ourselves, describes growing up in Jim Crow-era Memphis.
Last Updated: May 22, 2022 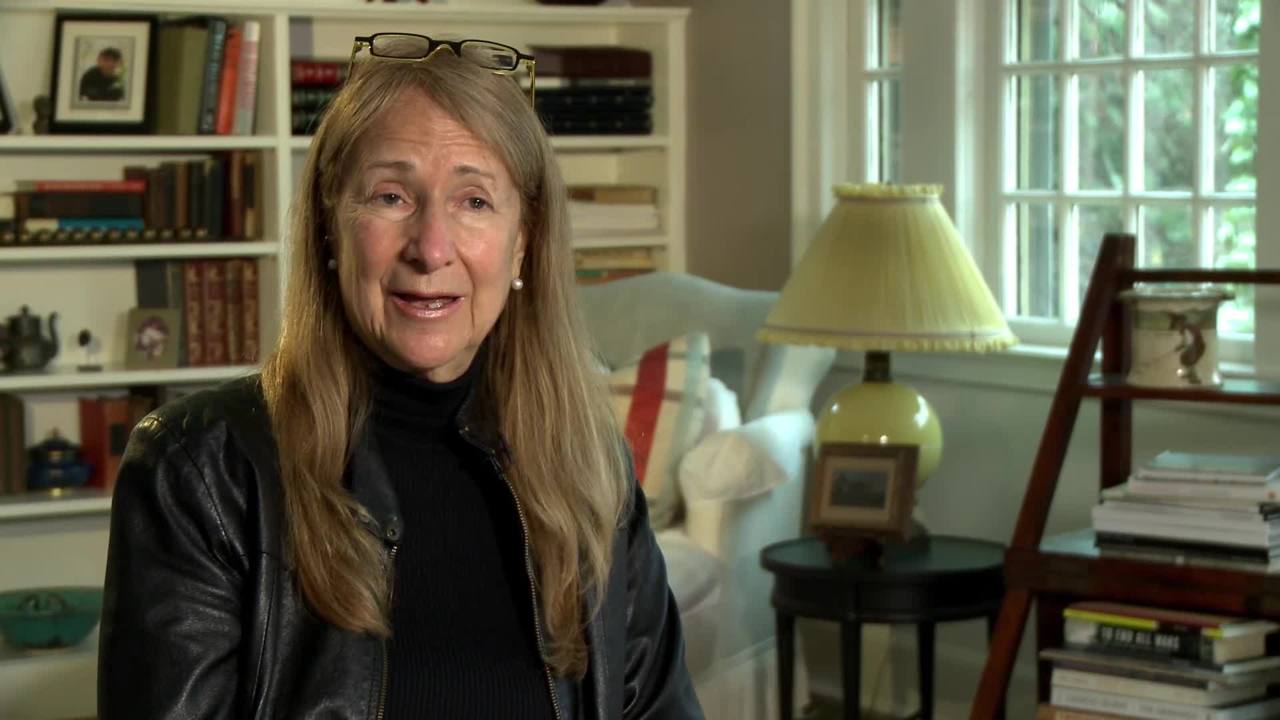 The mother who taught me what I know of tenderness and love and compassion taught me also the bleak rituals of keeping Negroes in their place. The father who rebuked me for an air of superiority towards schoolmates from the mill and rounded out his rebuke by gravely reminding me that all men are brothers, trained me in the steel, rigid decorums I must demand of every colored male.

From the day I was born, I began to learn my lessons. I learned it is possible to pray at night and ride in a Jim Crow car the next morning and to feel comfortable doing both. I learned to believe in freedom, to glow when the word democracy was used, and to practice slavery from morning to night. I learned it the way all my Southern people learn it, by closing door after door until one's mind and heart and conscience are blocked off from each other and from reality.

I brought these books on purpose because the stories that I tell are informed by my family.

Like Lillian Smith, Facing History's founder and executive director, Margot Stern Strom, grew up in the South. From some of the people closest to her, she learned about the differences between white and black in her region and came face to face with the realities of custom, conscience, and justice.

Our school was directly across the street from the Memphis Zoo. And I could see that zoo and I saw it every day. And the front of the zoo had one sign that said "Colored Day Only on Thursday." And the other entrance said "No Whites on Thursday." I always felt the privilege I could go in any door anytime. And I think I did.

And that was no different than any of the other customs that we followed. There were colored and white water fountains at the department store. There were colored and white waiting rooms at Greyhound. Every bit of our life was influenced by that. But I do know that whatever was happening in the real world of the Jim Crow laws and the legacy of this kind of segregation and this inequality never entered the doors of my school.

Now I know so many people who have told me what it was like as an African American, as once then called a Negro, to go on a trip where you couldn't find a bathroom, where you couldn't find food. Or to learn about the integration of baseball teams, ballet performers who came with someone who was not the right color of the skin, couldn't get into the hotel. And it turns out lots of people made moral decisions. They wouldn't stay at the hotel that wouldn't let someone eat there or they would make sure that they stood up to somebody at a gas station or a filling station to say, let that man go to the bathroom. But those are unsung stories and, for the most part, not passed down from generation to generation in any textbook that I had.

I think almost all Memphians can look back, if they're old enough, to the buses. Because, one, the whole change in America over the bus boycott by African American maids is so astounding, because maids are the ones who took the buses. They are the ones who got up at 5:00 in the morning in order to be there for the family so they can have their breakfast. They needed those buses.

And I remember as a child so many people looking across to see why certain people sat in the back of the bus. Because there were no rules and there were no signs. And I do remember one day wanting purposely to sit where the back and the front meet.

And there was a man, a white man, who came from the front to put his arms and hands on my shoulders and to push me up, to pull me up, with the strength of his hands because he said I was sitting in the wrong place. And that moment was a moment of a bit of anarchy. I mean, first of all, no one's going to tell me where to sit. And two, it was just so confusing.

And I actually don't remember. Did I confront him? I doubt it. Did I let him pull me up? Maybe, because I was little and he was big. But did I ever forget that moment? No. And do I know what other people were thinking? No. It was really something that happened inside me and has never, never gone away.

I had one other story that I'll never forget. It was so humiliating for me. And I assume, my empathy assumes, that it was unbelievably humiliating for the man I was with. But as a young child, there was a man who worked for my parents. And if the car broke down wherever I was or someone couldn't pick me up from dancing school or art school or whatever I had the privilege to do, he would come to get me.

And everything was fine until one day I started to look like a 16-year-old girl. And I had always driven with him, but now I could drive. And he was in the front seat and the police stopped us. And they stopped us because I had a black man riding with a white woman. And I could feel his humiliation and my humiliation. And I don't think we spoke about it. But I don't think I've ever gotten over that.

You know, it's occurred to me, when I look back, that the faces I saw as a child were those black women and those black men who were my caretakers. My parents worked full time. We had someone in the house all the time. And they were the faces that I saw of love, and that would be in addition to my mother and my father, my brother and my sister. But all of us have ended up, in a major way, impacted by growing up in the South.

Facing History and Ourselves, “Custom and Conscience: Margot Stern Strom reflects on growing up in Memphis, TN in the 1950s,” video, last updated May 22, 2022.

Students learn about education, identity, and activism through an exploration of the East Los Angeles school walkouts, when thousands of students protested unequal educational opportunities for Mexican American students.
Lesson
Add to Collection

Enrich your teaching on the Reconstruction era with these primary source documents and images.
Lesson
Add to Collection

Students review the US Department of Justice report, revisit how confirmation bias impacts our understanding of events, and consider how to bridge the gap in understanding that often surrounds events like Ferguson.
More Like This Teaching Resources Learning & Events
Most teachers are willing to tackle the difficult topics, but we need the tools.
— Gabriela Calderon-Espinal, Bay Shore, NY