How Stereotypes Affect Us and What We Can Do: An Introduction to Stereotype Threat

Facing History shares educator resources that explore the impact of stereotypes in many of the histories we study.
by Julia Rappaport , Nov 7, 2013

"Stereotypes are one way by which history affects present life," social psychologist Claude Steele says in this video about the history of stereotypes and how negative stereotypes impact us today. 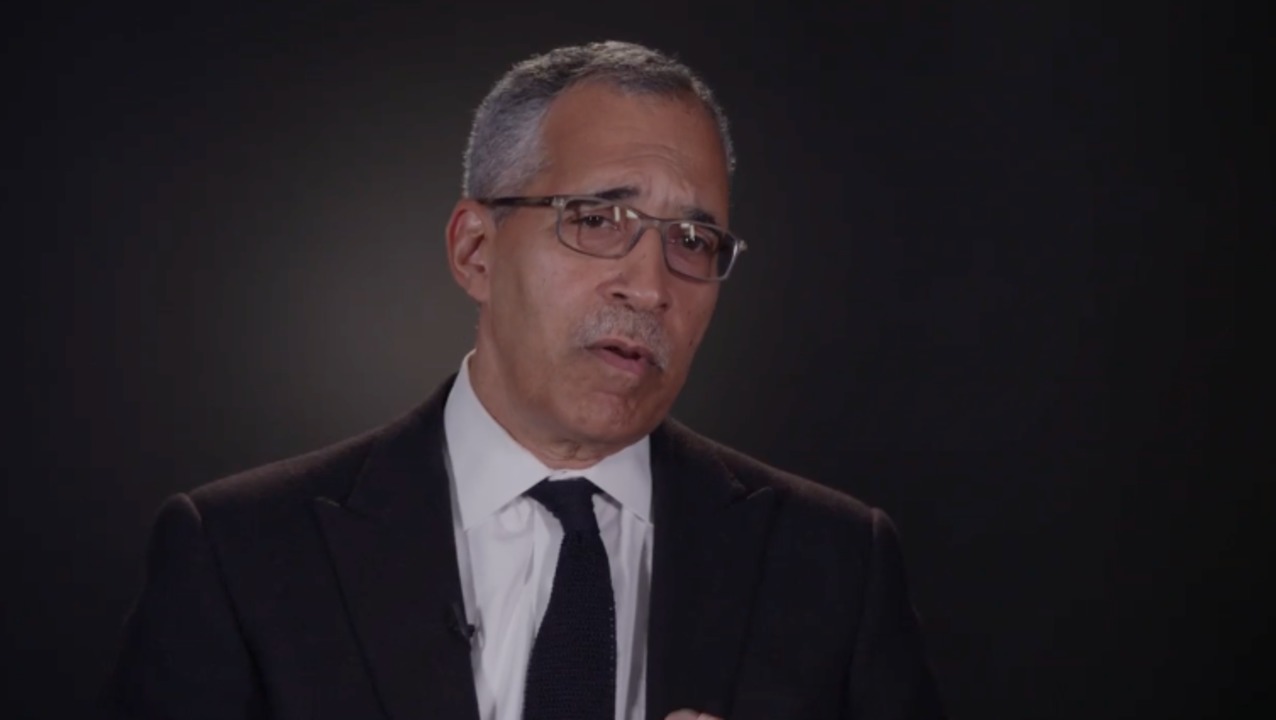 [JONATHON LYKES] I remember when I felt like I had no voice. Before I faced history, before college was a choice. It was my freshman year of high school when I took my first Facing History course. They taught me about identity, community and choosing to participate. Now I'm involved in my community because I chose to participate. Because I used to feel like my words were like the crooked figures hidden under the barcodes that are pasted on the beaten backs of books that I was never supposed to read.

My words, numbered. Because I used to wonder, how do they see me, how do I see them. For I noticed that there's this thing called perception that gives people the opportunity for exception or on the flip side, to be in the circle of rejection, or different type of sections in groups of cliques making fun of that person and talking bad about this person. So I ask you, what is your outlook on things? All these different stereotypes and all types of legal rights being violated because you look this way and you act that way and you're telling me it's OK to give a blind eye to the less fortunate simply because they're beneath you. Test.

[CLAUDE STEELE] You know, I often say that people experience stereotype threat several times a day. And the reason is that we have a lot of identities. Our gender, our race, our age. And about each one of those identities that I mentioned, there are negative stereotypes. And when people are in a situation for which a negative stereotype about one of their identities is relevant to the situation, relevant to what they're doing, they know they could be possibly judged or treated in terms of that stereotype. They don't know whether they are or not, but they know they could be.

And if the situation is important, that prospect starts to threaten them and upset them and distract them and can affect performance right there in the situation. And so you could find yourself kind of adjusting and deflecting, doing things that would deflect being seen by the stereotype. And it can affect their willingness or their interest in staying in that area of life where that kind of stereotype is relevant.

[JONATHON LYKES] Test. You, in a dark suburban alley alone see a Black man, looks like he's far away from home. Fear runs down your spine and your thoughts roam as you say in your mind, this little Black boy is up to no good and should be picked up by the police. But would you believe that that boy was me and what they didn't see was I was coming home from youth group. So tell me why the mode of pre-determined thought towards me. I'm not in that percentile. We're trying to be all that we can be. And they still stone me with their misconceptions about Black men.

They tend to understand and assume I'm into to misconjugated verbs, oversized pants, and hip hop.

[SONJA SOHN] The year the schools were integrated I was bussed uptown 20 miles. I was in a school with white kids. And on the first day of school they sectioned us all off and they called out groups one, two, three, and four and you went and stood in lines. And I'm seeing all the white kids in one line. And I knew that I had tested pretty high on tests before because I used to study by myself in my school the year before.

And so I knew what line I was going in. And I went into that line filled with the white kids. And that year things changed for me. I lost a lot of confidence. And I was under stereotype threat. I was scared to raise my hand because I couldn't be wrong. Not the Black girl who lived downtown.

[CLAUDE STEELE] I'm a social psychologist and experimentalist and so we've done experiments to test whether or not stereotype threat can have effect on something that we tend to think of as pretty hard-wired like your performance on a cognitive exam or a standardized test. So one simple experiment was to bring women and men into the laboratory one at a time and give them a very difficult math test, a math test that we knew would cause frustration.

And even though everything was the same for the men and for the woman-- the room, the items on the test, the experimenter-- for men, as they went along doing the test and experienced frustration, they could worry that they're not as good at math as they maybe thought they were. But they wouldn't be worried that they were confirming some group-based limitation of ability. But for women, in the same situation, as they start to experience frustration, some part of their brain might worry, am I confirming the stereotype about women having limited math ability? Is that what's going on here?

And that worry, since these are women who we-- women and men-- who we selected for being very committed to math and very good at it, that worry for that kind of person can be upsetting and distracting and can interfere with their performance right there in the testing situation. And that's exactly what happened. Women did considerably worse than the men. However, and here's the good news, we eventually came up with an idea that would take stereotype threat out of that situation.

We simply told them the following: Look, you may have heard that women are not as good at difficult standardized tests. But that's not true for this particular standardized test. The test that you're taking today is a test on which women always do as well as men. So the subtext of that little statement is, look, the frustration you're having on this test has nothing to do with your being a woman. Now we've taken this extra pressure that women might have in this situation out of the situation. They're no longer under the pressure of confirming or being seen to confirm something, some limitation, that's out there in the stereotypes of our society about women lacking math ability.

So some forms of this threat are pretty minor and almost humorful, and other forms of this threat are really poignant. One thing to say in a Facing History context is that stereotypes is one way by which history affects present life, because stereotypes are built up over the history of a society. And they can have an impact on people's functioning in the immediate, present situations, and are big factors in the way our society functions. Who goes into what kinds of fields. Who enjoys what kinds of work. These things are driven, in big part, by these by these kinds of threats.

Facing History educators explore the impact of stereotypes in many of the histories we study. In personal stories, we can see how stereotypes impact the decisions individuals and communities make, and the effects those decisions have.

Studies show that 94 % of Facing History students are more likely to recognize the dangers of stereotyping. Here are some resources that might help you discuss stereotyping in American or world history classes, or in electives that look at identity and difference:

A Convenient Hatred: The History of Antisemitism explores the roots of antisemitism and includes case studies from different chapters in world history.

Becoming American: The Chinese Experience looks at the history of Chinese immigration to America, and the ways in which stereotypes impact our understanding of national identity.

Common Core Writing Prompts and Strategies: A Supplement to Civil Rights Historical Investigations contains teaching strategies that meet the Common Core State Standards and require that students “do” history – gather evidence from primary documents, use evidence to make claims about the past, and apply what they learn to their own lives today – as they explore the history of stereotypes against different races in American society.

Crimes Against Humanity and Civilization: The Genocide of the Armenians takes an interdisciplinary approach to the study of the Armenian Genocide during World War I, when the Armenian people were persecuted for their religion, identity, and culture.

Whistling Vivaldi: How Stereotypes Affect Us and What We Can Do is Dr. Steele’s book exploring the power of stereotyping in shaping the behavior of individuals.

Explore our educator resources to keep the conversation going.