The Bear That Wasn't 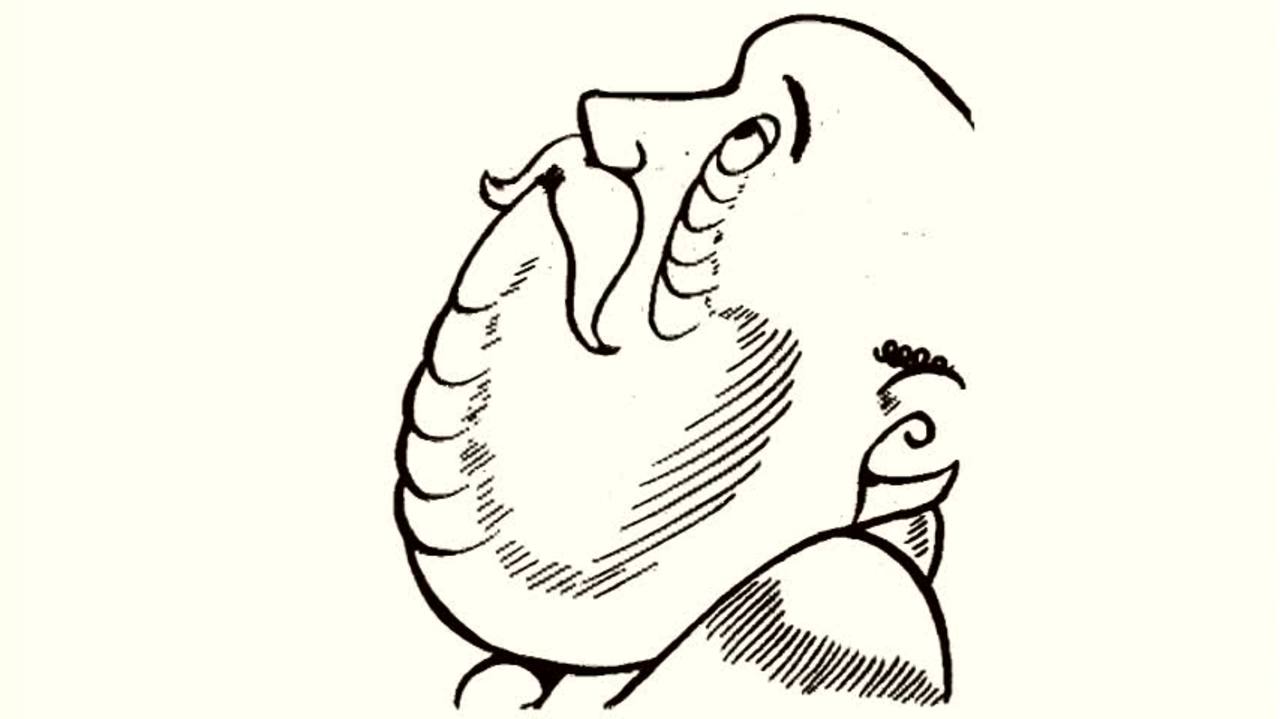 Once upon a time, in fact it was on a Tuesday, the Bear saw that it was time to go into a cave and hibernate. And that was just what he did. Not long afterward, in fact it was on a Wednesday, lots of workers arrived near that cave. While the bear slept they built a great, huge factory.

But it wasn't a dream. It was real. Just then, the Foreman came out of the factory. "Hey, you. Get back to work," he said.

The foreman laughed. "That's a fine excuse for a man to keep from doing any work. Saying he's a Bear."

The Foreman stopped laughing. He was very mad. "Don't try to fool me," he said. "You're not a Bear. You're a silly man who needs a shave and wears a fur coat. I'm going to take you to the General Manager."

The General Manager also insisted the Bear was a silly man who needs a shave and wears a fur coat.

The General Manager was very mad too.

The Bear pleaded, "This is a dreadful error, you know, because ever since I can remember, I've always been a Bear."

And that's exactly what the Bear told the President.

"Thank you for telling me," the President said. "You can't be a Bear. Bears are only in a zoo or a circus. They're never inside a factory and that's where you are, inside a factory. So how can you be a Bear?"

The President said, "Not only are you a silly man who needs a shave and wears a fur coat, but you are also very stubborn. So I'm going to prove it to you, once and for all, that you are not a Bear."

The President packed his Vice Presidents and the Bear into a car, and they drove to the zoo. Bears at the zoo said the Bear was not a Bear, because if he were a Bear he would be inside a cage.

So they all left the zoo and they drove to the nearest circus. "Is he a Bear?" The president asked the circus Bears.

The Bears said, no if he were a Bear he would be wearing a little hat with a striped ribbon holding on to a balloon and riding a bicycle.

When the President and his Vice Presidents returned to the factory, they put the Bear to work on a big machine with lots of other men. The Bear worked on the big machine for many, many months.

After a long, long time, the factory closed and all the workers went away. The Bear was the last one left, and as he left the shut down factory, he saw geese flying south and leaves falling from the trees. Winter was coming, he thought. It was time to hibernate.

He found a cave and was about to enter when he stopped. "I can't go in a cave. I'm not a bear. I'm a silly man who needs a shave and wears a fur coat."

As the days grew colder and the snow fell, the Bear sat shivering with cold. "I wish I-- I wish I were a Bear," he thought.

Then suddenly he got up, walked through the deep snow toward the cave. Inside, it was cozy and snug. The icy wind and the cold, cold snow couldn't reach him there. He felt warm all over. He sank down on a bed of pine boughs and soon he was happily asleep and dreaming sweet dreams, just like all bears do when they hibernate.

This excerpt comes from Facing History and Ourselves, Holocaust and Human Behavior. For more information on this resource and our organization, please visit our website, facinghistory.org. or find us on Facebook.

Students identify their strengths and areas for growth in a journal reflection.
More Like This Teaching Resources Learning & Events
The resources I’m getting from my colleagues through Facing History have been just invaluable.
— Claudia Bautista, Santa Monica, Calif