Students consider what happens when one aspect of our identity is privileged above others by society.

This resource is intended for educators in the United Kingdom.

In the last lesson, students examined the range of responses that individuals and groups can have when they encounter difference, and they looked in their own communities for examples and echoes of behaviours described in a poem by James Berry. In this lesson, students will continue to examine how we respond to difference by considering what happens when one aspect of our identities, in this case eye colour, is elevated above others and carries with it power, privilege, and opportunity. They will also consider who decides which differences matter and the ways in which social hierarchies that privilege some over others can impact how individuals react when they encounter someone different from themselves. After reflecting on their own experiences as members of privileged or unprivileged groups, students will watch a segment of Jane Elliot’s 1970’s classroom experiment, A Class Divided. The film sheds light on the relationship between identity, group membership, privilege, prejudice, and discrimination.

How do our beliefs about difference influence the ways in which we see and choose to interact with each other?

What happens when one aspect of our identities is used to sort us into groups?

Students will recognise that when one aspect of our identity is privileged above others by members of society, it can affect how we see ourselves, how we see others, and the choices we ultimately make.

Following the assassination of Dr. Martin Luther King, Jr. in 1968, Jane Elliott, a primary school teacher in a small predominantly white town in the state of Iowa, decided to help her third grader students (Year 4 in the UK) understand how society can influence our beliefs about our own identities and the identities of our neighbours. Feeling that her students were not fully grasping what she was trying to teach them about racism, prejudice, and discrimination, Elliot designed a two-day blue eye/brown eye experiment in which she privileged students with one eye colour over the other, the blue-eyed students on the first day and the brown-eyed students on the second.

Members of the privileged group were told they were smarter, quicker, better behaved, and more respectful than their peers in the other group, and they received benefits such as longer break-time, access to the playground equipment, and second helpings at lunch. They were also instructed not to interact with classmates in the other group, who had to wear coloured collars to help distinguish them from a distance. In a short period of time, Elliott found that her once peaceful classroom became one in which many privileged students asserted their dominance through bullying and name calling. Many students in the less privileged group shrunk into themselves and disengaged from the lesson, while others became angry and physically violent.

Two years later, in 1970, documentary footage was shot of Elliott’s classroom experiment and later shown as part of a 1985 PBS Frontline episode, A Class Divided, in which eleven of her original students returned to Iowa, some with their families, to watch the classroom experiment that they had participated in fifteen years before.

Before teaching this lesson, please review the following information to help guide your preparation process.

The documentary footage of Jane Elliott’s classroom was filmed in 1970, and the some of the words that Elliott and her students use to describe African Americans and other non-white groups of people living in the United States are outdated and offensive. Before teaching this lesson, briefly review the class contract with your students to help reinforce the norms you have established and to remind students that the classroom is a safe space for them to voice concerns, questions, or emotions that may arise.

The film A Class Divided is not available for streaming from the Facing History website outside of the United States and Canada; however, the original 25-minute classroom footage, titled "The Eye of the Storm," can be found on streaming sites such as YouTube.

Jane Elliott’s brown eye/blue eye experiment starts at 03:10 of A Class Divided. You can start from that point in Activity 2, or you can play the video from the beginning (00:00) so that your students can see civil rights era footage following the assassination of Dr. Martin Luther King, Jr., as well as Elliott’s students returning to Iowa as adults for a school reunion to watch themselves as children participating in her 1970 class experiment.

Depending on their relationship to power and privilege, racism and prejudice, your students may have different reactions to A Class Divided. For this reason, you may need to build in additional time for students to process and reflect in their journals.

Each lesson in this unit includes a PowerPoint of student-facing slides. The PowerPoints are intended to be used alongside, and not instead of, the lessons plans because the latter include important rationales and context that teachers should familiarise themselves with before teaching the lesson. The PowerPoints include basic media and prompts from the lesson plans but are minimally designed because we expect teachers to adapt them to fit the needs of their students and class.

These are the teaching strategies referenced in this lesson's activities. You may wish to familiarise yourself with them before teaching this lesson.
Teaching Strategy
Add to Collection

Educators will create a practice of student journaling to help their students critically examine their surroundings and make informed judgments.
Teaching Strategy
Add to Collection

Use this quick way for students to demonstrate their engagement with a text, image, or video by having them identify what they find surprising, interesting, and troubling.
Teaching Strategy
Add to Collection

Use this strategy to improve students’ reading skills and help them connect ideas in a text to their own lives, current events, and history.

After setting the tone for the lesson by reviewing your classroom contract, remind students that in the last lesson they examined the human tendency to divide ourselves into groups and explored how our desire to belong can affect our decision-making process and how we treat others. In this lesson, students will investigate what can happen when we are grouped based upon aspects of our identity, and what can happen when one aspect of our identity is privileged over others by members of society.

So that students can start to connect their own experiences to this lesson’s content, ask them to respond in their journals to the following questions:

Ask students to think, pair, share with a partner. Then create a two-column chart on the board or chart paper and label it “In Crowd” and “Out Crowd” and record the students’ ideas as they share how they feel about themselves and others when members of these groups. You can revisit the chart after viewing A Class Divided to compare your students’ experiences with the members of Jane Elliott’s class.

Provide historical context for the video A Class Divided and the dehumanising language that Elliott and her students use to describe individuals and groups of people they deem as “other” in the film.

Pass out the handout A Class Divided Viewing Guide and have students count off by 2s. Tell the 1s that they should focus their note-taking on Mrs. Elliott, the teacher, as they watch the film and the 2s should focus on the students.

Play the video A Class Divided (00:00-17:56). You might want to stop at 10:28 and pair students by numbers (1s with 1s and 2s with 2s) so they can share and add to their notes. Then show the second half of the film. If your students found it helpful to share their notes with a partner, repeat this step.

After students have finished compiling their notes, ask them to complete a S-I-T response in their journals. Then create pairs of students with different numbers (1s with 2s). Ask pairs to share their S-I-T responses and their observations from the film, using the A Class Divided Viewing Guide. You might also ask the pairs to revisit the two-column chart from the the first activity to compare and contrast their feelings with those of the children in the film.

Next, merge pairs to create groups of four and ask them to discuss the following questions. Circulate to get a sense of how the students are interacting with the film’s content.

After the groups have discussed the questions, ask each group to share one interesting insight from their discussions. Then facilitate a class discussion of the following questions:

In their journals or on the handout, ask students to make Text-to-Text, Text-to-Self, and Text-to-World connections between A Class Divided, one or more texts from this scheme of work, and their own lives.

The handouts below are used in this lesson.

These are the materials that students use throughout the When Differences Matter lesson plan.
Slides
Add to Collection

Login Required
Use these slides to help students consider what happens when society privileges one aspect of our identity above others.
Video
Add to Collection

Third-grade teacher, Jane Elliott meets with her former class to discuss the experiment on discrimination she conducted 15 years earlier and the effects it had on their lives. She also gives the lesson to employees of the Iowa prison system. 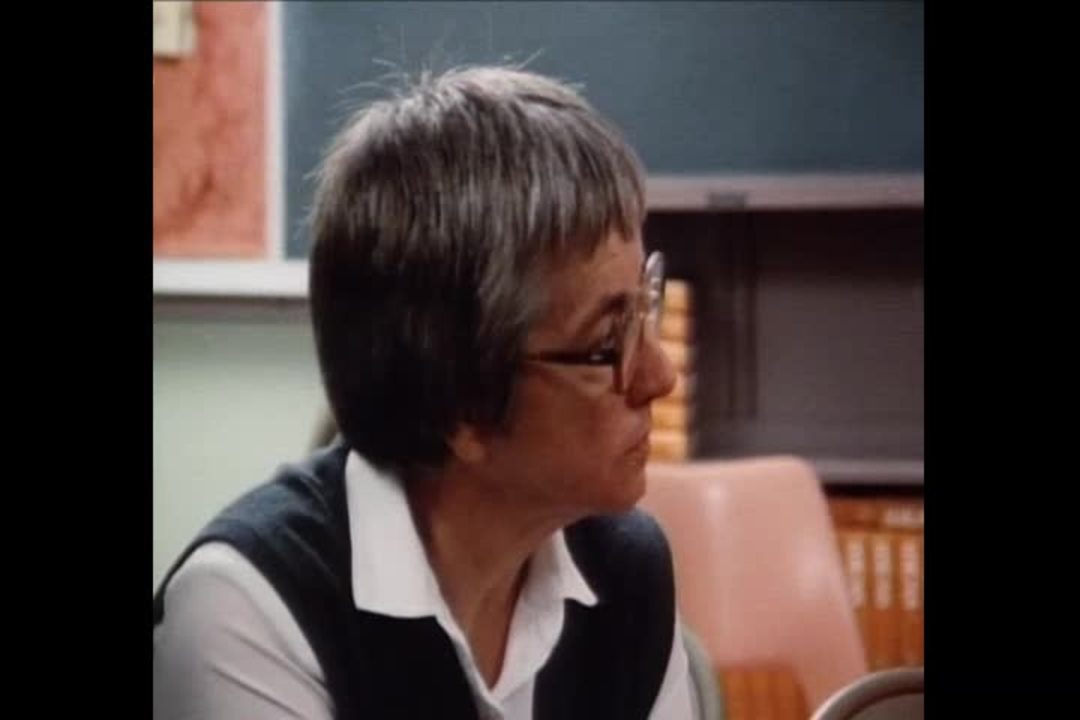 Tell us More
You're exploring:
Lesson 7

Students explore a poem by James Berry about the ways we respond to difference and complete a creative assignment about their school or community.
Previous
Lesson

Blending In and Standing Out

Students use an excerpt from Sarfraz Manzoor memoir to reflect on identity, belonging, and wanting to feel invisible.
Next