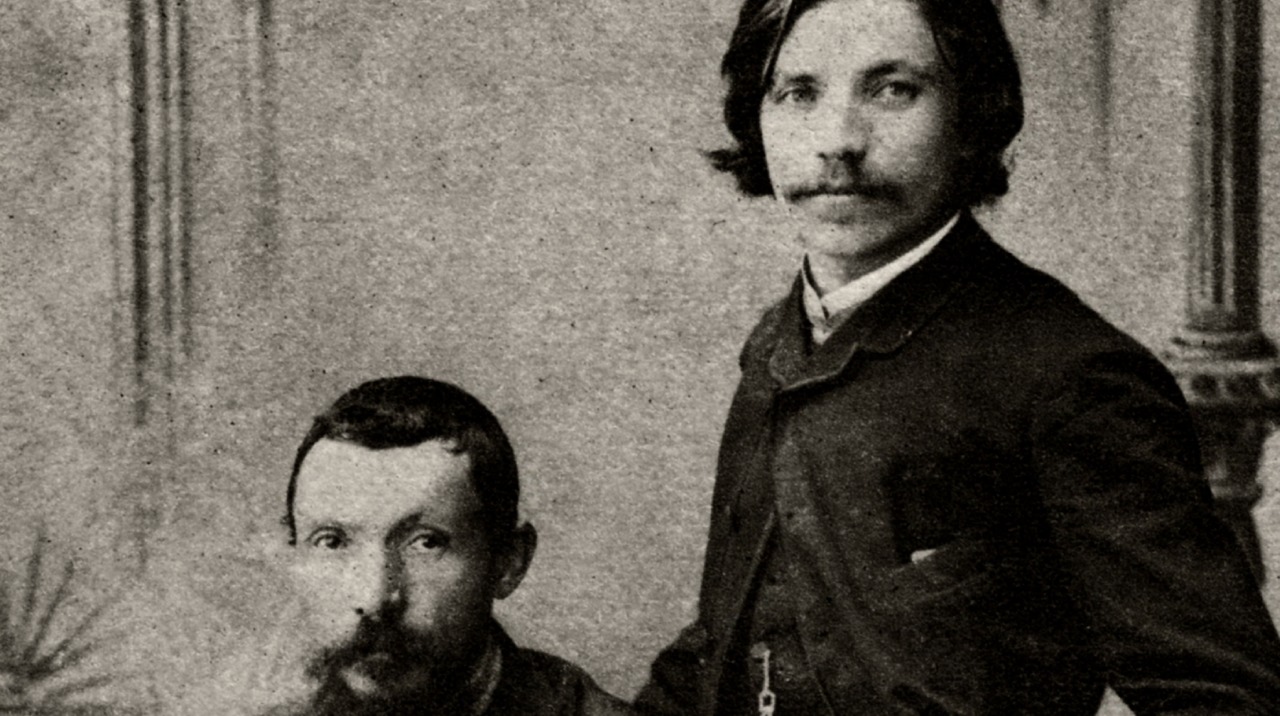 Influenced by the European Enlightenment, a number of Jews hoped to use the sacred Hebrew language to create a modern secular culture that might thrive alongside religious life. This movement was known as the Haskalah, or the Jewish Enlightenment. The followers of the Haskalah also urged Jews to learn Russian and embrace secular education. By doing so, they believed that Jews would not only prosper, would find acceptance within Russian society.

Among their number was Sholem Rabinowich's father.

Jews begin to think that it is not enough to be studying the Talmud and to be living in our enclosed communities, that in order to improve our economic potential, what we have to do is we have to educate ourselves in the universities. We have to study medicine. We have to become part of the surrounding society.

Sholem Rabinowich's father had hopes that his favorite son might one day contribute to the Haskalah as a great Hebrew writer. And so he took the uncommon step of sending the 14-year-old boy to a secular school.

"A ray of worldly light has stolen into our corner of the earth and has reached even into our very synagogues, where the impoverished lads sit with their books. You can find them secretly snatching their first taste of secular food, some rhetoric as an appetizer, then swallowing, or choking, over a Russian grammar book, with maybe a few chapters of a novel for dessert. Jewish youths wandered off into the world and were ruined, became doctors, lawyers, writers of prose and verse. The outside world pulled and dragged at them like a magnet."

Russian literature, dominated by greats like Turgenev and Tolstoy, was forbidden reading for religious Jews. At the same time, strict government quotas prevented most Jews, including Sholem Rabinowich, from attending university.

Through a stroke of good fortune, he met this wealthy Jewish landowner, Loyev, who hired him and took him out to his estate.

The young Sholem and young Olga fell in love. It was a real romance, a penniless tutor in love with a daughter, the only daughter, of a very rich man. One morning, young Sholem wakes up. The house is deserted. On the dining room table is an envelope, his salary. Outside in the snow-- a sleigh, waiting to take him away. Fired.

In despair, Sholem set out in search of work. Eventually, he found a job in a small town as a petty government official.

And then he could start getting some salary, as he did in the small town of Lubny.

No longer a penniless tutor, he eloped with Olga.

In 1881, two years before the couple married, Russian Tsar Alexander II had been assassinated. Jews were quickly scapegoated. Pogroms erupted in town after town across the Pale. More than 100 communities were besieged. Jewish homes were vandalized. Many were raped and murdered.

Between the 1660s, when you had the massacres in the Ukraine, and the 1880s, which is a period of over 200 years, there was really no such thing as mass anti-Jewish violence in Europe. And so it really is like an earthquake.

Sholem Aleichem comes of age at a critical moment in the history of Russian Jewry in the late 1880s. It's after the first wave of pogroms. It signals the end of the naive phase of the Jewish Enlightenment, where the idea was that if the Jews could just clean up their act, they would be accepted with open arms by Russian liberal society. Those dreams are shattered.

From these shattered dreams, new movements would spring forth. Everywhere, the young sought a path to Jewish survival. Rejecting religion, some turned to revolutionary socialism and an end to the difference between Jew and Gentile. Others turned to Zionism, determined to create a new secular Jewish nation.

Sholem Aleichem appears at a critical time in Jewish history. 90% of Jewish population speak the same language. They can communicate, even though they live in different places, in different countries, and different settings. On the other hand, this big group starts to divide. Their shtetl is now torn apart.

In the midst of this upheaval, Sholem Aleichem published his first stories-- initially in Hebrew, as his father had hoped. But quickly, the young writer seized on a radical new idea then emerging in literary circles. It would be through lowly Yiddish, not Hebrew, that he could reach the fragmenting Jewish community.

Get resources for addressing troubling antisemitic incidents persisting around the world today with your students.
Mini-Lesson
Add to Collection

This Teaching Idea is designed to help guide an initial class discussion on the hostage situation at Congregation Beth Israel of Colleyville, Texas.
Collection
Add to Collection

This collection of resources is designed to help educators integrate the study of traditional and contemporary antisemitism into their efforts at combating prejudices and stereotypes in the classroom.
Mini-Lesson
Add to Collection

Inform students about the rising number of antisemitic incidents in the United States and explore the story of one teacher’s response to an antisemitic incident involving high school students in her community.
More Like This Teaching Resources Learning & Events
Using the strategies from Facing History is almost like an awakening.
— Claudia Bautista, Santa Monica, Calif