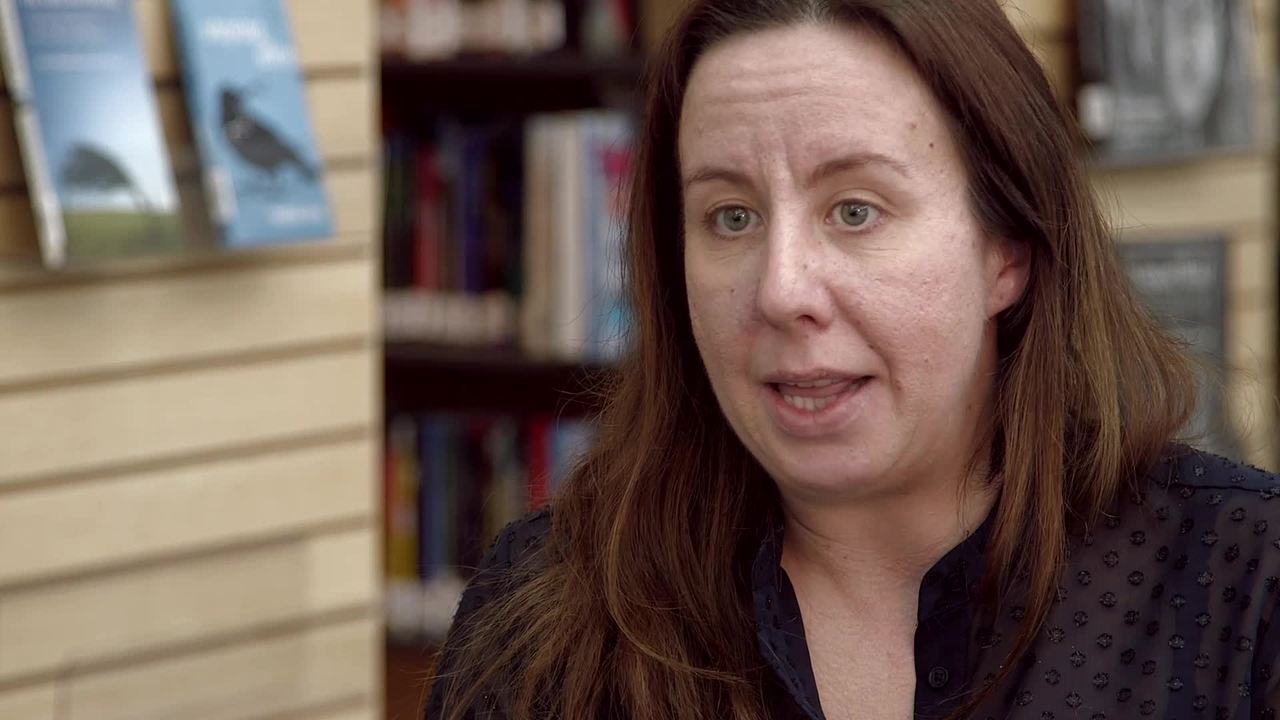 The original Indian Act is actually a combination of a few different pieces of law that came together to create the Indian Act of 1876. And so it combined what was called the Gradual Enfranchisement Act of 1851, the Gradual Civilization Act. And it brought those things together to create a new piece of legislation, that essentially-- whose purpose was to assimilate indigenous people, First Nations people.

And to do that, it really tried to remove them from the land primarily, and then also to restrict lots of different cultural practices that people used to define who they were. And so the Indian Act was always a tool of assimilation. But primarily assimilation, because the government wanted to clear the land so that it could settle it, to build a railroad, grow crops, and put other people on it. In 1876, the government's intention really was about expanding agriculture and building a country, as the saying went, from sea to shining sea. And to do that, there were many First Nations that were seen to be, by the government at the time, in the way.

Sir John A. Macdonald's big goal was, of course, the transcontinental railroad. And so he really needed land to be cleared for development and building of that railroad, as well as to attract new immigration from European countries. And so there was a big push, for example, during that time to bring in Ukrainian people to farm. And so Ukrainian people that were coming into farm needed to homestead. They needed land. And so part of the idea behind removing First Nations from the land was that it would be more attractive to settlers to come and to farm.

The entire premise of the Act was, of course, assimilation. And the very first, sort of cultural practice that was restricted was, of course, the ability for people to name themselves, and so through giving people status, and not giving other people status. So through its essentially Indian status provisions, the Act interfered in traditional governance, and naming, and ceremonies by telling people who was and who was not officially a part of their community or their nation.

And so very foundationally, the Indian Act's application of status, which it still does today, really did divide, not only communities, but families. Because under the original Act, the Indian Act imposed the definition of a person with status as from the male line. And so in lots of communities, this wasn't how it was done. Status, or membership, or clan affiliation, was always determined in some communities through the female line. And so even from a very basic level, the idea of determining somebody as having Indian status or as not having Indian status. And then if you didn't have status, you couldn't enjoy any of the rights that came with status in terms of living on the land, or hunting, or fishing, or any of those things.

The other sort of ways that it interfered with cultural practice were in terms of ceremonies. So there was sort of this fear among lots of legislators that people would get together and organize in some way. There'd be some kind of rebellion or uprising, as they called them at the time. And this was especially true around the 1880s, when Louis Riel had come back from the United States to lead the Métis people, and settlers, and First Nations people in the North-West Resistance.

And so they imposed a series of amendments to the Indian Act during that time, to try to, number one, further assimilate people, but really to prevent large groups of people from getting together. That was the fear. So in 1884, the Indian Act, for example, made the potlatch illegal.

The potlatch ceremony was a ceremony that was practiced primarily on the West Coast. It was a gift giving ceremony. So somebody would have a big event in their lives, a birth or a wedding. And everyone would get together. And the person that was having the potlatch would distribute gifts.

From a European perspective, the potlatch was seen as, like, really wasteful. Like what a waste to give people gifts. What a waste to spend all of the money that you've made in the year to give people presents. But, of course, always in First Nations communities, there's always this idea of reciprocity. So if I give you a gift, you may one day give me a gift, right.

And so they banned the potlatch, starting in 1884. In 1885, they banned other, sort of ceremonial events, like the sun dance, the sun dance on the prairies, because sun dances were really large events. So again, a lot of people coming together to dance, and to feast, and to talk. And the government was really afraid that if too many people got together, then they might eventually get it in their minds to sort of form some sort of coalition and to fight against the government.

And then finally, another really good example of a cultural practice that the Indian Act restricted was traditional governance. So one of the ways that the Indian Act interfered in communities was by imposing elections. And this wasn't always the way that leadership was determined.

In many communities, leadership was determined on who was the best fit for the job. And some communities did have elections by group consent. So it wasn't like the most people or the most votes. It was like, if everybody agreed, this person might become the leader.

And somebody might be the hunting leader or leaders in different areas, so not always the leader of everything. You could be a leader for a specific piece of community life. And so the Indian Act did, and continues to, impose elections on bands and in communities.

What documents did have something to say about education were treaties, where indigenous or First Nations people asked that a school be established on their reserves or in their communities. As the numbered treaty process continued, the guarantees for education were changed over time. So if you look at the treaty right to education in Treaty 1, it's very different than the one in Treaty 11.

But essentially what First Nations people wanted were schools in their communities, paid for by the government, so that people could understand the changes going on the lands and could also sort of learn to understand these new people that were coming into their territories. What they got were in many cases residential schools. Once the residential schools were established, officials quickly found out that indigenous people did not want to send their children there.

There were lots of different kinds of residential schools. And that's important. The ones governed by the Indian Act were federally funded and church administered. But there were also other residential schools that were only run by missions and churches. But the government essentially, through the Indian Act and through the Department of Indian Affairs, paid residential schools for taking in First Nations students. And so every student, every child, was worth a certain amount of money. And so it was always in the best interests of the religious orders and the administrators to keep those schools as full as possible.

But undoing the Indian Act is very complicated because for over 140 years, the Indian Act is the document that has organized how First Nations people encounter Canada. And so undoing all of that, all of those layers, and recovering First Nations traditions is a really complicated process. And there are lots of groups and communities who are trying to do that in different ways.

Some of them have started drafting their own membership laws, for example. Some of them have negotiated self-government agreements through a comprehensive land claim process, modern treaties. And so it's not really-- I think what the Indian Act teaches us is that there's no one-size-fits-all solution for First Nations in Canada. And that First Nations groups already know about their identity, and about governance, and about land.

So, I mean, I think the first step is to have conversations about what that might look like. And maybe not sort of insist that everybody has the same solution or the same outcome.

Students examine sources that shed light on the underlying causes of the outbreak of World War II in Asia.
More Like This Teaching Resources Learning & Events
Using the strategies from Facing History is almost like an awakening.
— Claudia Bautista, Santa Monica, Calif