Dr. Carol Anderson discusses the emergence of human rights discussions during World War II. She examines links between the Cold War, the creation of the Universal Declaration of Human Rights, and politics of race in the United States in the 1950s.
Last Updated: April 5, 2022 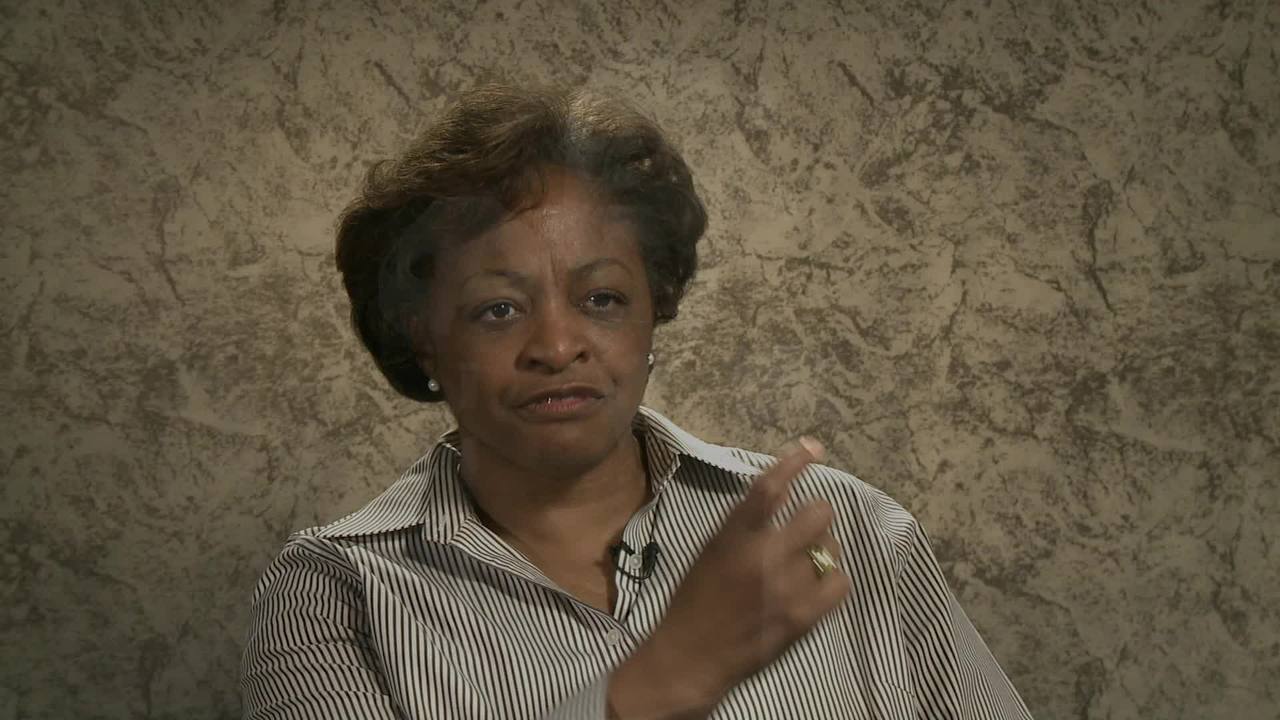 When I think about a lot of the new scholarship that's out that is trying to figure out when the world started caring about human rights-- and there are some books out that are saying that it was in the 1970s. But in fact, I really believe that you've got to go back to the 1940s. In this period coming out of the Second World War, the US had begun to rethink what it was, who it was, how it could do business. And so you begin to see long hard-held planks beginning to fall to the wayside.

In 1941, you get the Atlantic Charter, which is where President Franklin Roosevelt and British Prime Minister Winston Churchill are describing their war aims-- and the US isn't even in the war yet-- their war aims fighting the Nazis. And this document that they issued as their war aims had the Four Freedoms. Two of the major freedoms that oppressed groups looked at and held onto dealt with freedom from fear and freedom from want. Freedom from fear particularly for African-Americans because they were dealing with massive systemic violence, they were dealing with lynching and what we call southern justice where-- kangaroo courts, where things were being drummed up charges on them and then they're being thrown off in the jail or sent to the electric chair.

That kind of fear-- when you're living in that kind of fear, that kind of terror, to have the Atlantic Charter, to have the president of the United States, to have the British prime minister say this is a war so that you will never have to live in fear again, powerful. And they took that freedom from fear and the freedom from want of the Atlantic Charter and took that battle into San Francisco with the UN and then took that battle again into the founding of the UN Declaration of Human Rights to make sure that there was a standard of human rights that we all understood: every human being has as their basic right to be, to live a life of dignity on this planet.

But what the US State Department and the White House were concerned with was that you have this banner of human rights, but that it's not enforceable. So they wanted a declaration instead of a treaty, because a treaty, once it's signed and ratified, becomes the law of the land.

So for instance, you had the Southern Democrats rallying against to make sure that you didn't ratify the Genocide Convention. Now, genocide, being against genocide should be relatively easy for the United States. This is like one of those slow balls down the middle of the fat part of the plate to a roided-up baseball player in that roided-up era. But instead the US went, oh my gosh. As the Southern delegation said, we see the Genocide Convention as a back door method to a federal anti-lynching bill, we have to stop it. And stop it they did.

Students explore the intertwined personal stories of Jewish refugees who attempted to flee to the United States and the American rescuers who intervened on their behalf.
Teaching Strategy
Add to Collection

Help students communicate independently and develop as active listeners by giving them the opportunity to discuss and share ideas in the format of a people's assembly.
Teaching Strategy
Add to Collection

Students seek out and share ideas and information with classmates through this cooperative learning strategy.
Teaching Strategy
Add to Collection

Learn to Listen, Listen to Learn

Educators will enrich students’ understanding of a historical or literary figure by having students draw the figure’s life journey.
Teaching Strategy
Add to Collection

Save the Last Word for Me

This discussion strategy helps students practice being both active speakers and active listeners in a group conversation.
Teaching Strategy
Add to Collection

Have students facilitate a discussion in order to work together toward a shared understanding of a text.
Teaching Strategy
Add to Collection

Use this debate-style activity to strengthen students’ ability to use evidence and examples to defend their positions.
Teaching Strategy
Add to Collection

Students mimic a town hall meeting as they share their perspectives on a topic.
More Like This Teaching Resources Learning & Events
The resources I’m getting from my colleagues through Facing History have been just invaluable.
— Claudia Bautista, Santa Monica, Calif