The Gravity of the Second Sino-Japanese War

Dr. Hong Zheng recalls the fate of his uncle’s family in Hong Kong during the Second Sino-Japanese War, when Japanese soldiers enter and search their home. Another family, thousands of compatriots, and British POWs, also cannot escape the violence.
Last Updated: April 20, 2022 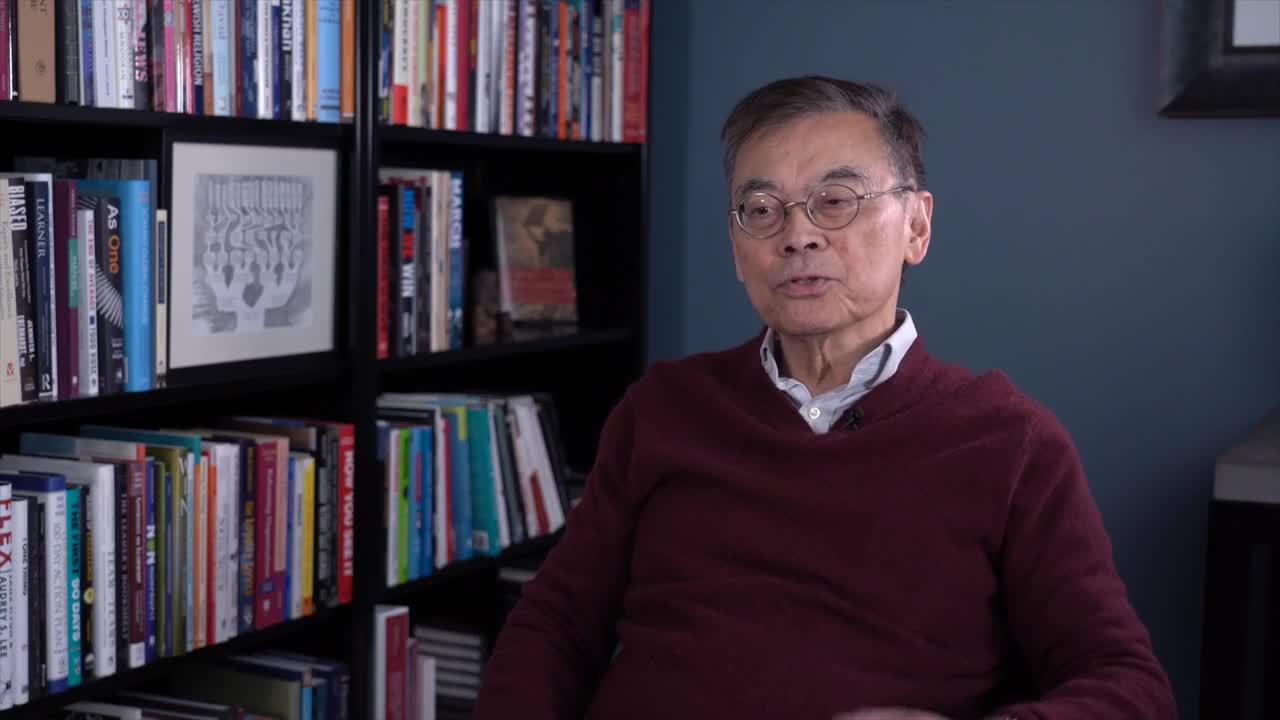 Later on, I heard from relatives and friends that what I saw was nothing, that I was lucky, that some of them came running away from Japanese when the Japanese Army were fighting the Chinese Army. And some of them actually stay in the occupied area. My uncle, my mother's brother, was in Hong Kong when the Japanese took Hong Kong. And one day, the Japanese came to knock at his door. And he opened the door, and let them in.

And after they searched around the apartment, one of them beckoned my uncle to go through the kitchen with him. My uncle was trembling, he said, as he had to go to the kitchen. And the Japanese soldier pointed at his wrist. He was so relieved to off his wristwatch. Give it to him. Take it. Take it. Thank you very much. And after the experience, he tried to find a way to take all his family out of Hong Kong and come to join us in the village.

But another family in Hong Kong was not that lucky. They live halfway to the mountain top. And they were expecting the Japanese to come from the harbor. But what they did not realize that the Japanese were coming from the back of the mountain. In midnight, there was violent knocking at the door. And this friend of our uncle, he thought they were bandits taking advantage of the situation. So he had a pistol. So he fired it in the air to scare them off. But the knocking become even more violent.

Then they realized something was wrong. They hastened, went out to open the door, and there was a group of Japanese soldiers. You know what they did? They knife everybody. They marched them off to the garden, just kill everybody-- only one survivor. Later I found that the Japanese killed a few thousand Chinese. They took all the British soldiers prisoner. And they raped 10,000 Chinese women-- more than the number of soldiers die in the battlefield.

Facing History and Ourselves, “The Gravity of the Second Sino-Japanese War,” video, last updated April 20, 2022.

Students watch video testimony from a Holocaust survivor and engage in purposeful reflection about the survivor’s important story.
Lesson
Add to Collection

Explore the motives, pressures, and fears that shaped Americans’ responses to Nazism and the humanitarian refugee crisis it provoked during the 1930s and 1940s.
Chapter
Add to Collection