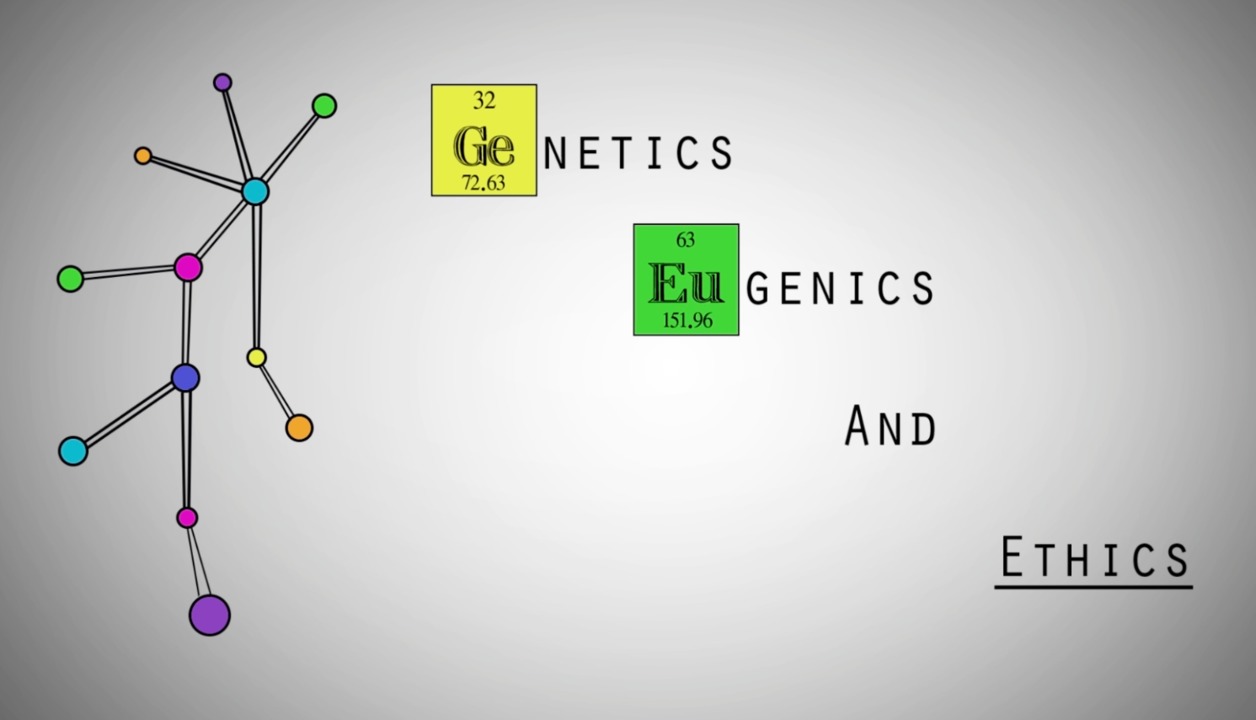 For centuries, people have known that traits that parents have somehow get passed to their children. All you have to do is to look around classrooms or look at families that you know, and you'll see that children often resemble their parents. And so one of the questions came up, and this is something that people have been thinking about for a very long time, is how does that happen? Why is it that children resemble their parents?

One explanation for this was that there's something intrinsic that gets passed from parents to children, what we would now call genetic factors. But for centuries, people often wondered about environmental factors. And so if children looked like their parents, did that just mean that they had lived in the same environment or even lived in the same home or the same town? And that's how you could account for the similarity across generations.

And so for a very long time, people have been debating back and forth the role of these intrinsic, inheritable factors versus environmental factors. One thing that happened in the 19th century is that the explanation started to swing in the direction of these internal, inherited genetic differences.

And there are a number of reasons why that happened. On the one hand, as humans gained more and more experience with farming, especially with domesticated animals, they realized that if you controlled the breeding of cows or sheep or dogs or other animals, you could control what the children looked like. And if you did this generation after generation, you could end up producing animals that looked quite different from their grandparents or great-grandparents.

And in the 1800s, farmers and people who did this as a hobby had enormous experience and enormous success breeding all sorts of different kinds of pigeons and dogs and cattle and sheep. And so they realized that there was something that you could control that was passing from parents to children, and it must somehow be internal, inside their bodies.

And so by the late 1800s, there was a pretty good consensus that the most important thing that determined what you looked like and even what kind of person you might become had much more to do with these internal factors. And these came in the early 1900s to be called genes. And a science of genetics was the study of these genes that determined what people looked like, how they behaved, whether or not they were intelligent.

And this became the field of eugenics, the idea that we needed to control human heredity to reduce suffering and to produce the best possible future humans. Now in principle, that seems like a reasonable idea. It had been very successful in agriculture. You could imagine the success that you could achieve with humans.

Critics within the scientific community grew concerned over conclusions eugenicists were making about particular behaviors and genetic inheritance.

And so what happens in the early 20th century, in the early 1900s, is governments and intellectuals and policymakers try to figure out ways that you can put this into action. How can you make good on the promise of eugenics science? And there were two basic approaches to this. One would encourage policies that would encourage the right sort of people to reproduce, however it was that you were defining who the right people were. And so they would have contests and reward families, reward the right sorts of families, if they had lots of children.

But governments also started to suspect that you couldn't rely on this to work. And the main concern that a lot of governments and eugenicists had was that the wrong sort of people-- now, whether they were the wrong sort of people because they were criminals or because they had mental illness or whatever factor that they were judged to be deficient in-- those wrong sorts of people couldn't be trusted to limit their own reproduction. And so states increasingly started to pass laws to ban the reproduction of those sorts of people to get those bad genes out of the gene pool.

The legal system was concerned about this. So when many states passed laws that would allow them to sterilize criminals or sterilize people with mental illness, the courts initially struck those down. But eventually, in the 1920s, the state of Virginia crafted a law designed to meet these objections. And the law was challenged all the way up to the Supreme Court. And the US Supreme Court eventually upheld this law, saying that states had the right to sterilize people who they didn't think should have the opportunity to reproduce.

And in the aftermath of that, many states in this country passed sterilization laws. And it was in the late 1920s and into the 1930s that sterilization really boomed in this country, with California leading the way in the 1930s. But what happens, as people gained experience with this in the 1930s, is they realized there are a lot of problems with how these laws are being implemented.

And so by the late 1930s, you start to see resistance to eugenics in the United States, not because of problems in principle, but with problems in practice for how these laws were being used. But the main thing that undermined the eugenics movement in the United States was what happened in Germany. Many European countries-- especially England, but most European countries-- had had eugenic policies in the early 20th century. But it was Germany that took them farther than anyone else.

And so when the Nazi party came to power in the early 1930s, Adolf Hitler and his supporters looked at the United States' experience and decided to pass and implement a whole series of laws that were based very specifically on the US precedent, especially the experience in California. But over time, those policies became much more aggressive. Initially, they started with the sterilization, but as the time went on in the 1930s, they moved not just to sterilization but to outright murder of various groups who they deemed unfit for society. And this infamously leads to the Holocaust, where the German government targeted not just millions of Jewish people but also other ethnic minorities, people with mental and physical disabilities.

As the Nazi menace began implementing their policies across Europe, some in the US took notice and started to express concern about the misuse of science.

And so by the 1940s, most states in this country give up on eugenics as a matter of public policy. Now, they didn't completely give up on these practices. Compulsory sterilization, often done without the consent of the person being sterilized, lingered in parts of the United States into the 1970s, possibly into the 1980s, again, targeting people who were mostly poor, mostly minorities, but not on the scale that had happened in the 1930s. But these traces of compulsory eugenics don't totally disappear from this country until quite recently.

When historians and other scholars have looked at the history of eugenics, many people have been quick to issue dire judgments about what an awful thing eugenics was. And certainly there's no one now who wants to rush to the defense of eugenics. There are many concerns that historians have about eugenics, not just that it was implemented in an arbitrary and racist way, but often that it was based on very bad science.

If you look at the writings of the early eugenicists, they really believed that everything was under genetic control, not just your appearance or your height or your weight or your hair color, but often important features of your personality, your intelligence, your empathy, your likelihood to be a criminal or a law-abiding citizen. As genetic science improved over the course of the 20th century, people realized that a lot of that early eugenic science was mistaken.

While there are some traits that are under strong genetic control, things like height and weight, people realized that even those traits are often influenced by the environment. And then when you get into much more complex things, like intelligence or behavior or your attitudes towards other people, it's likely that all those are influenced by genetics, but in ways that we don't understand yet. And it's not clear whether the genetic factors are going to be the most important factors.

Responding to the Rohingya Crisis

Students place this ongoing crisis in historical context, view footage from a refugee camp, and reflect on survivor testimony.
Mini-Lesson
Add to Collection

Use these activities and resources on Japanese American incarceration during World War II to introduce students to this history while exploring questions about American identity, racism, and citizenship.
Lesson
Add to Collection

Students learn about the aftermath of the Civil War and examine primary source documents that provide insight into the difficult task of reuniting the nation.
More Like This Teaching Resources Learning & Events
The resources I’m getting from my colleagues through Facing History have been just invaluable.
— Claudia Bautista, Santa Monica, Calif