Friendship before, during, and after the War

Vera Gissing, who survived the Holocaust as part of the Kindertransport, describes the importance of her non-Jewish friends to her and her parents throughout World War II.
Last Updated: April 11, 2022 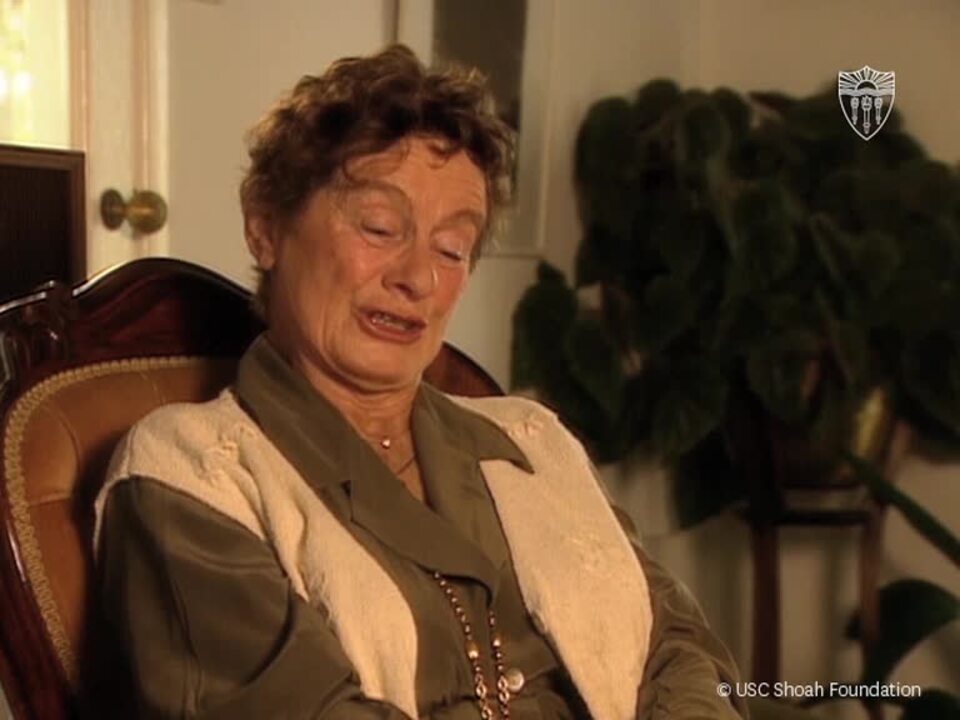 That was May. As I said, it was end of May, 1939 when we learned we could come. And after that, of course, there was frantic activity to get us ready. I remember mother buying materials, and taking us to the dressmaker, and having a completely new wardrobe made for both of us, to send us to England. And everything was made to fit. Nothing allowed for growth. Because the only way our parents could sustain themselves, could sustain their optimism, was by saying to themselves and to us, you'll be back within a year. You'll see.

How do we entertain the possibility that we might be separated for years or forever? I suppose, in our case, they probably would not have had the strength to do it. When the moment finally came for us to leave, which was the end of June, I had said goodbye to my school and my friends. This bosom pal of mine, Martha, is more than worth a mention. She was my shadow for many years and a real good friend of mine.

And you know, my greatest passion in those early childhood days were cats. I used to collect everybody's cats off the streets, thinking they must be lost or hungry, and they weren't. And I had one cat who kept producing kittens. And her name was Julius. When we got her, we thought she was a male.

And three kittens were born just shortly before we left. And I was so afraid my father would have them drowned. And Martha promised that she wouldn't let him drown them. And moreover, she promised she would visit my parents every single day, so that they wouldn't miss me too much. And you know, she did that, even when it was forbidden for non-Jews to mix with Jews.

In fact, one day, the local policeman visited her parents and said, you know, Martha is placing the whole family in danger by not obeying the laws, the German laws. You shouldn't let her visit the Diamants as she does. And her father said she made a promise to her best pal. And no way am I going to make her break this promise. And I so valued what she did when I learned about it after the war.

Before I left, I wrote-- it was a silly thing to do but probably a natural thing to do, I wrote in my childish hand on the wall of the lavatory, goodbye, my lavatory. And father, in one of his many letters, said that they were having the whole flat decorated, but he decided they weren't going to touch the lavatory, so that we could alter that saying together when I came back.

And anyway, I rang the bell of her flat. And of course, a strange woman answered. And I went inside. She just beckoned me in. I didn't have to say anything to her. And I first went on the veranda, enclosed veranda, where my father used to have his afternoon nap, so I used to play with Martha. And there was a strange young lad on the floor, mending his bicycle.

And the toilet in the bathroom ran off the veranda. And I impulsively opened the door to the lavatory. And there it was still. Goodbye my lavatory. And I just cried inwardly. I'm here, father. But where are you? Why aren't you here? And I just ran away from there. And I ran out. And I ran through the rest of the town to the banks of the river Elbe, where we so often played.

And I buried my face in the grass. And for the first time since my return, I cried, and I cried all those bitter tears, which needed to come and were so hard to come. And when I dried my tears, and sat, and deep in thought, and turned back towards the town, I saw a young girl coming towards me. She was running. She had pigtails.

And as she saw me, she smiled. And I recognized her. She was my bosom friend, Martha. Somebody must have recognized her, or maybe the people who lived in our house had sent a message. But there she came. And of course, she hugged me. And we cried and laughed together. And with her support, the pains eased.

And Martha and I, we slept in the same bed. And we talked through the night. And she had lost her sister in the war, but that was through natural causes. And her mother made me my favorite meal, which my mother used to make such splendidly which were dumplings, but fruit dumplings. Filled with fruit and covered in lashings of curd cheese, and runny butter, and sugar, and all the things one shouldn't eat today. So it was a sort of a bittersweet visit.