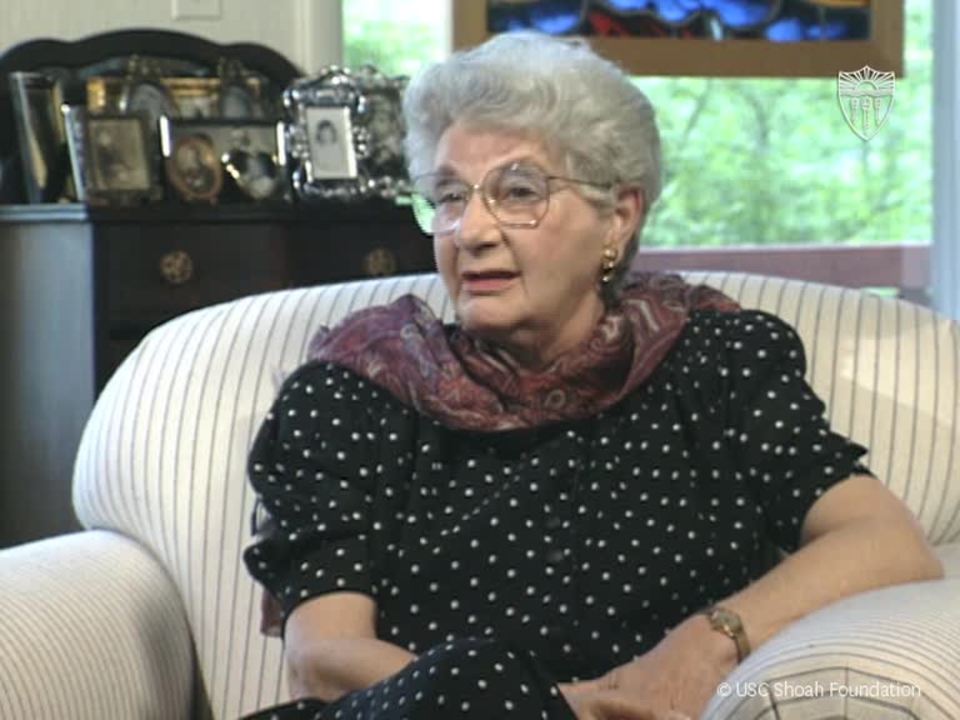 What was the first sign of the changing, when Hitler came into power? When did you start to feel change?

Oh, very, very easily I can explain that one.

First of all, all the children we used to play with, either ignored us or threw stones at us or just called us Jew. Well, for a child who doesn't know what the difference is between a Christian and Jew, except that they went to a church, we went to a synagogue. And it hurt because we'd been friends. And I was only four years old.

And the main memory was the fact that my father's best friend was the village policeman. And I remember being a very nosy child, coming down one night hearing voices.

And there was the village policeman and my father, the policeman who we called Uncle, saying to my father, Julius, don't talk to me in the street because I can't talk to you. If I shout at you, forgive me. Tell the children they mustn't call me Uncle because, he said, I have to wear this dreadful uniform. I have a family. And I have to live here.

And for the first time in my young life, I discovered that men could cry. I never knew that. I knew I could cry when I was hurt, but for men to cry? That I didn't know. And that was the greatest shock of all-- the fact that these two big, strong men could cry.

And then I realized why, when he said tell the children that they mustn't call me Uncle and if I shout at them, tell them please take no notice.

Do you remember his name?

No I don't. I was four years old. Names don't come easily. These are things that stick in one's memory, but names never have. For me, names are something I don't remember.

But it was hard, because, as I said, I was only four years old and all these little friends who one took for granted suddenly turned into little enemies.

Students explore the intertwined personal stories of Jewish refugees who attempted to flee to the United States and the American rescuers who intervened on their behalf.
More Like This Teaching Resources Learning & Events
Most teachers are willing to tackle the difficult topics, but we need the tools.
— Gabriela Calderon-Espinal, Bay Shore, NY