This teaching idea provides an overview of the ERA and a look at the history behind the struggle to ratify the amendment that would formally guarantee women equal rights to men under the US Constitution.

Equality of rights under the law shall not be denied or abridged by the United States or by any State on account of sex.

The Equal Rights Amendment (ERA) fell just short of the 38 states required for ratification by the 1982 deadline set by Congress. Recently, however, activists have pushed to revive the campaign to ratify the ERA, arguing that the constitution does not require deadlines for the ratification of amendments. As a result of these efforts, in January 2020, Virginia became the 38th state to approve the ERA, and in February 2020, the US House of Representatives voted to remove the 1982 deadline for the ERA’s ratification. Women’s rights activists hope that the ERA now has another chance to become a part of the US Constitution, formally guaranteeing women equal rights to men. However, the Senate has not yet voted to approve the extension of the ratification deadline, and several lawsuits both for and against the ERA are already entering the courts.

Whether or not the ERA becomes a part of the Constitution as a result of the current process, it is important for students to learn about the amendment. This Teaching Idea provides an overview of the ERA and an opportunity for students to explore some of the history behind the struggle around its ratification.

These are the teaching strategies referenced in this lesson's activities. You may wish to familiarize yourself with them before teaching this lesson.
Guide
Add to Collection

In this classroom video, a high school history teacher uses the Big Paper teaching strategy as he shares primary source documents about the Reconstruction era with his students. 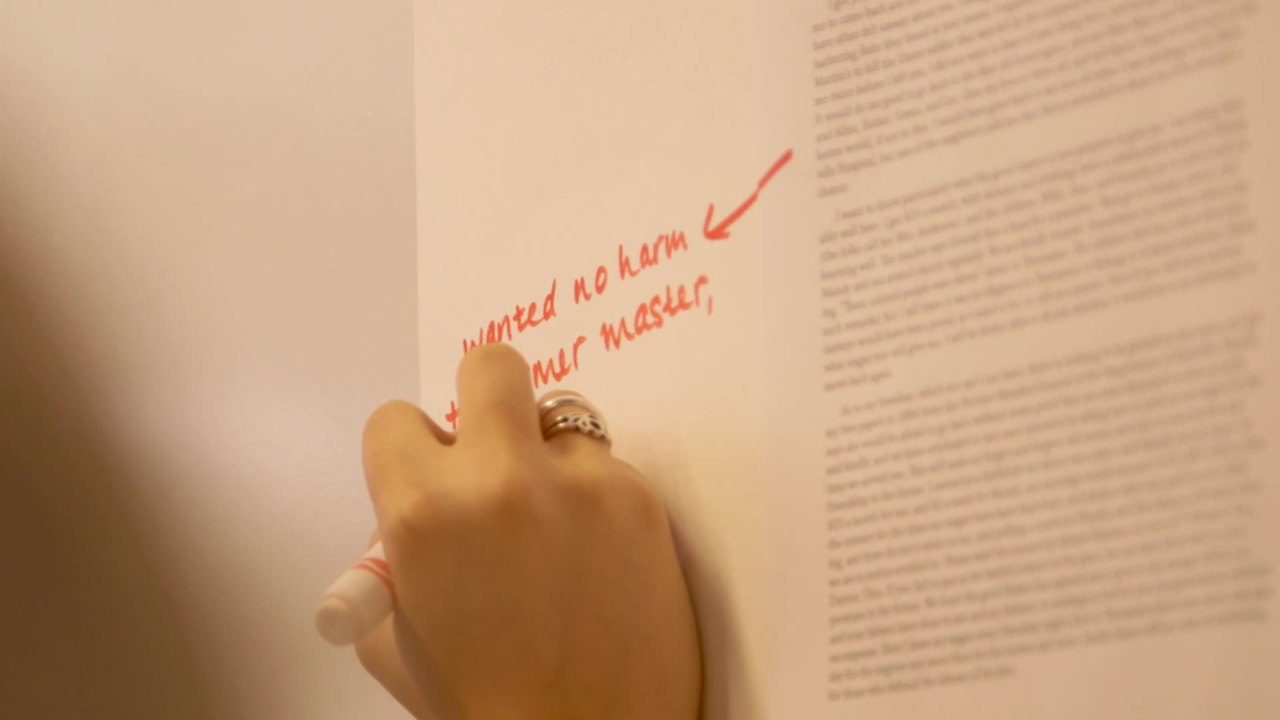 Place your students in small groups and share the main text of the Equal Rights Amendment with them:

Equality of rights under the law shall not be denied or abridged by the United States or by any State on account of sex.

Ask each group to work together to write an explanation of the amendment in their own words. When students have finished, give some groups an opportunity to share their explanations with the class.

Then, play the CBS video Virginia Approves Equal Rights Amendment for your students to give them context on the history of the ERA and the current effort to ratify it. (Note: Several key developments have occurred around the ERA since this video was published on January 16, 2020. Briefly share the recent events with your students, such as the fact that the House of Representatives has voted to remove the 1982 deadline for the ratification of the ERA, and that several states are debating revoking their ratification.)

After watching the video, ask your students:

Finally, ask students to reflect on the significance of the ERA in their journals, by using the 3Ys thinking routine. Ask them:

Explain to your students the context of the last major effort to pass the ERA, which took place in the 1970s. Share with them that Congress passed the ERA in 1972 with broad bipartisan support. For the ERA to become a part of the Constitution, however, it needed to be ratified by a minimum of 38 (three-quarters) of the states. Within a year, 30 states ratified the ERA, but then conservative activists organized in opposition to the ERA, most notably Phyllis Schlafly. Congress extended the deadline for ratification to 1982, but by that year, only 35 of the 38 required states had ratified the ERA.

Use the Big Paper discussion strategy to help students explore some of the historical arguments for and against the passage of the ERA. Write the following questions on the board:

Place students into small groups and explain the Big Paper strategy to them. Give half of the groups the first text and the other half the second text. Ask them to discuss their text silently for ten minutes, using the question on the board to guide their conversation. Then, ask the groups to swap their paper with another group that has the other text. Students should then spend five minutes silently discussing the second text. After students finish with the second text, allow them to discuss the two texts out loud in their small groups. Finally, discuss the two texts as a class. Ask your students:

As in the field of equal rights for blacks, Spanish-Americans, the Indians, and other groups, laws will not change such deep-seated problems overnight but they can be used to provide protection for those who are most abused, and to begin the process of evolutionary change by compelling the insensitive majority to reexamine its unconscious attitudes.

It is for this reason that I wish to introduce today a proposal that has been before every Congress for the last 40 years and that sooner or later must become part of the basic law of the land—the equal rights amendment . . . .

Existing laws are not adequate to secure equal rights for women. Sufficient proof of this is the concentration of women in lower paying, menial, unrewarding jobs and their incredible scarcity in the upper level jobs. If women are already equal, why is it such an event whenever one happens to be elected to Congress?

It is obvious that discrimination exists. Women do not have the opportunities that men do. And women that do not conform to the system, who try to break with the accepted patterns, are stigmatized as ''odd'' and "unfeminine." The fact is that a woman who aspires to be chairman of the board, or a Member of the House, does so for exactly the same reasons as any man. Basically, these are that she thinks she can do the job and she wants to try. 1

The following is an excerpt from a newsletter that the anti-ERA activist Phyllis Schlafly wrote in 1972:

In the last couple of years, a noisy movement has sprung up agitating for “women’s rights.” Suddenly, everywhere we are afflicted with aggressive females on television talk shows yapping about how mistreated American women are, suggesting that marriage has put us in some kind of “slavery,” that housework is menial and degrading, and—perish the thought—that women are discriminated against . . . .

Why should we trade in our special privileges and honored status for the alleged advantage of working in an office or assembly line? Most women would rather cuddle a baby than a typewriter or factory machine. Most women find that it is easier to get along with a husband than a foreman or office manager. Offices and factories require many more menial and repetitious chores than washing dishes and ironing shirts. Women’s [rights advocates] do not speak for the majority of American women. American women do not want to be liberated from husbands and children. We do not want to trade our birthright of the special privileges of American women—for the mess of pottage called the Equal Rights Amendment. 2

These are the Facing History resources that we recommend using with students throughout the activities in this mini-lesson.
Guide
Add to Collection

In this classroom video, a high school history teacher uses the Big Paper teaching strategy as he shares primary source documents about the Reconstruction era with his students.

These are the resources from external sources that we recommend using with students throughout the activities in this mini-lesson.
Virginia Approves Equal Rights Amendment
CBS News

We recommend the following resources from other organizations to enrich your exploration of this topic.
The Equal Rights Amendment Explained
Brennan Center
Women Aren't in the Constitution. What Would Change If They Were?
Vice

Students explore the moral codes of the world of the play, before being introduced to the concept of a universe of obligation and participating in a debate on workers’ rights.
Lesson
Add to Collection

Students consider the role power plays in the interactions between characters, focusing on the relationship between Eric and Eva, before discussing consent.
Lesson
Add to Collection

Students explore social inequality in the UK, discussing how an individual’s background can impact their opportunities before examining graphs that display social inequality and employment trends.
Lesson
Add to Collection

Students create an identity chart for Inspector Goole, analyse his parting words, and look for clues to uncover who or what Inspector Goole is.
Lesson
Add to Collection

Putting the Characters on Trial

Students finish reading the play and participate in a court trial to decide which character is the most responsible for the death of Eva Smith.
Lesson
Add to Collection

Students identify the parts, people, and interactions of various social systems, thinking about what bearing they have on character choices and behaviour, before considering responses to injustice.
More Like This Teaching Resources Learning & Events