The Definition of a Refugee

US Ambassador to the United Nations Samantha Power explains what makes a person a refugee.
Last Updated: April 18, 2022 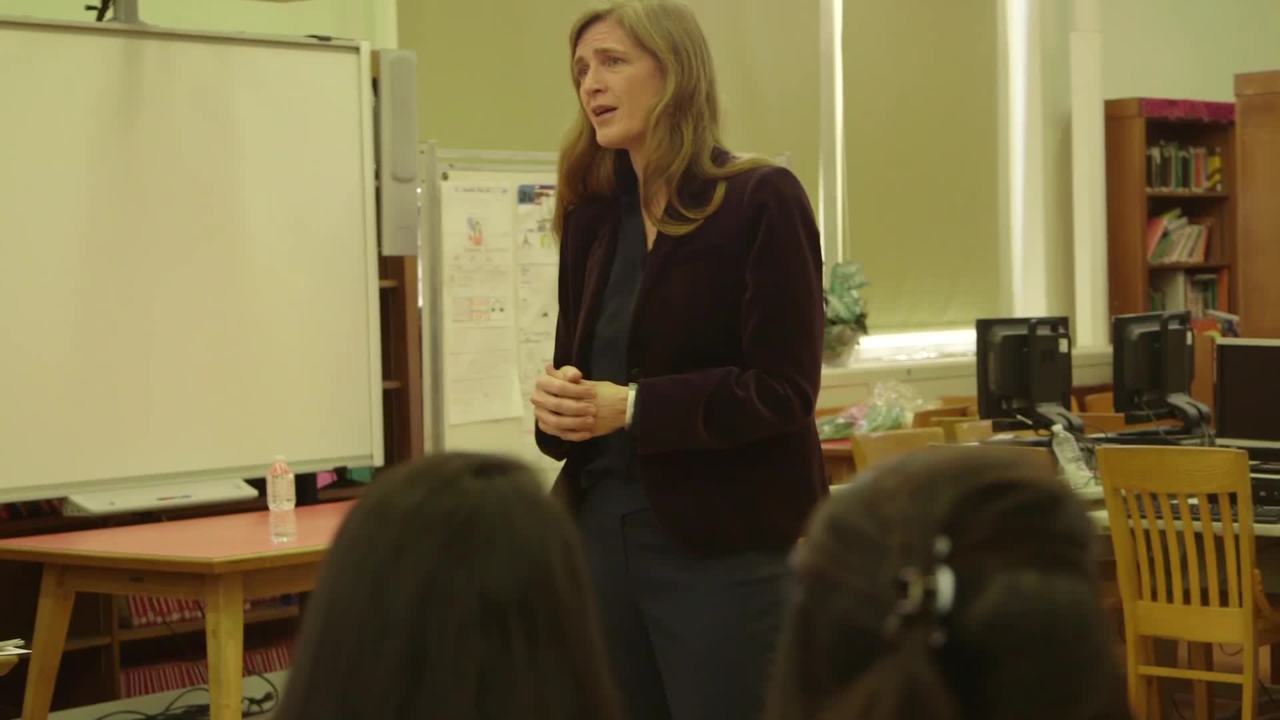 Often it is war and conflict. You mentioned also persecution.

So the way the Refugee Convention defines it is a well-founded fear of persecution. So you can have refugees who are targeted because, let's say, they're a member of a particular ethnic group or what we see, unfortunately, all around the world because they're gay and they're targeted just because of their sexual orientation.

So you can have refugees because of something about them that people choose to persecute. The people you tend to see fleeing Syria, of course, generally are fleeing conflict. But what unites them all is they have a sense of hopelessness and a sense of deep fear for themselves and for their families.

Facing History and Ourselves, “The Definition of a Refugee,” video, last updated April 18, 2022.

Responding to Violence Against Women and Gender Inequality in the UK

This lesson provides students with an opportunity to reflect on violence against women and gender inequality in the UK.
Collection
Add to Collection

This teaching idea provides an overview of the ERA and a look at the history behind the struggle to ratify the amendment that would formally guarantee women equal rights to men under the US Constitution.
Mini-Lesson
Add to Collection

Help students understand how the United States’ complex asylum process works. Invite them to consider the question, who has an obligation to asylum seekers?
Lesson
Add to Collection

Students explore the long history of discrimination against Jews and come to understand how anti-Judaism was transformed into antisemitism in the nineteenth century.
Lesson
Add to Collection

Students explore the moral codes of the world of the play, before being introduced to the concept of a universe of obligation and participating in a debate on workers’ rights.
Assessment
Add to Collection

Students write a persuasive letter to Parliament concerning the gig economy, having reviewed persuasive devices, generated claims and content, and read a model letter.
More Like This Teaching Resources Learning & Events
The resources I’m getting from my colleagues through Facing History have been just invaluable.
— Claudia Bautista, Santa Monica, Calif