The Bear That Wasn't (UK)

In this video adaptation of Frank Tashlin's children's book, a bear is forced to navigate society's perception of who he is.
Last Updated: April 18, 2022 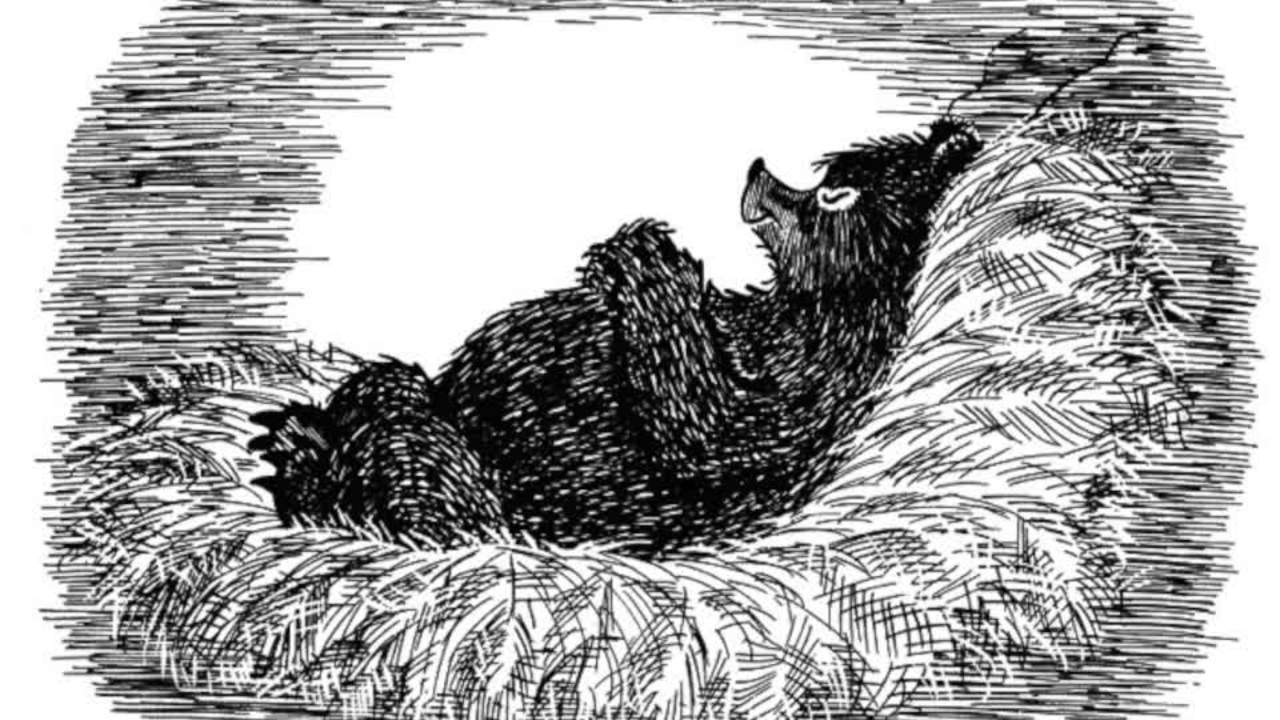 Once upon a time-- in fact, it was on a Tuesday-- the Bear saw that it was time to go into a cave and hibernate. And that was just what he did. Not long afterwards-- well, in fact, it was on a Wednesday-- lots of workers arrived near that cave. While the Bear slept, they built a great, huge factory. As winter turned to spring, the Bear awoke and stepped out of his cave. His eyes popped. Where was the forest? Where was the grass? Where were the trees? Where were the flowers? What had happened?

I must be dreaming, he said. Of course I'm dreaming. But it was real. Just then, a man came out of the factory. "Hey, you, get back to work," he said. The Bear replied, "I don't work here. I'm a Bear." The Foreman laughed. "That's a fine excuse for a man to keep from doing any work, saying he's a Bear." The Bear said, "But I am a Bear."

The General Manager was very mad too. The Bear said, "I'm sorry to hear you say that. You see, I am a Bear." The Third Vice President was even matter. The Second Vice President was more mad, or madder. He was furious. The First Vice President yelled in rage. He said, "You're not a Bear. You're a silly man who needs a shave and wears a fur coat. I'm going to take you to the President."

The Bear pleaded. "This is a dreadful error, you know, because ever since I could remember, I've always been a Bear." And that's exactly what the Bear told the President. "Thank you for telling me," the President said. "You can't be a Bear. Bears are only in the zoo or a circus. They're never inside a factory. And that's where you are, inside a factory, so how could you be a Bear?"

When the President and his Vice Presidents returned to the factory, they put the Bear to work on a big machine with lots of other men. The Bear worked on a big machine for many, many months. One day, a long, long time afterwards, the factory closed down, and all the workers left and went home. The Bear was the last one left. And as he walked out of the factory, he looked up at the sky. He saw a flock of geese flying south and the leaves falling from the trees. Winter was coming, he thought. It was time to go into a cave and hibernate.

So he walked over to a huge tree that had a cave hollowed out beneath its roots. He was just about to go into it when he stopped and said, "But I can't go into a cave and hibernate. I am not a Bear. I am a silly man who needs a shave and wears a fur coat." So winter came. The snow fell. It covered the forest, and it covered him. And he sat there, shivering with cold, and said, "I sure wish I was a Bear."

The longer he sat there, the colder he became. His toes and ears were freezing, and his teeth were chattering. Icicles covered his nose and chin. The poor Bear was very lonely and very sad. He didn't know what to think. Then, suddenly, he got up and walked through the deep snow towards the cave. Inside it was cozy and snug. The icy wind and cold, cold snow couldn't reach him here. He felt warm all over.

Students identify their strengths and areas for growth in a journal reflection.
More Like This Teaching Resources Learning & Events
Most teachers are willing to tackle the difficult topics, but we need the tools.
— Gabriela Calderon-Espinal, Bay Shore, NY